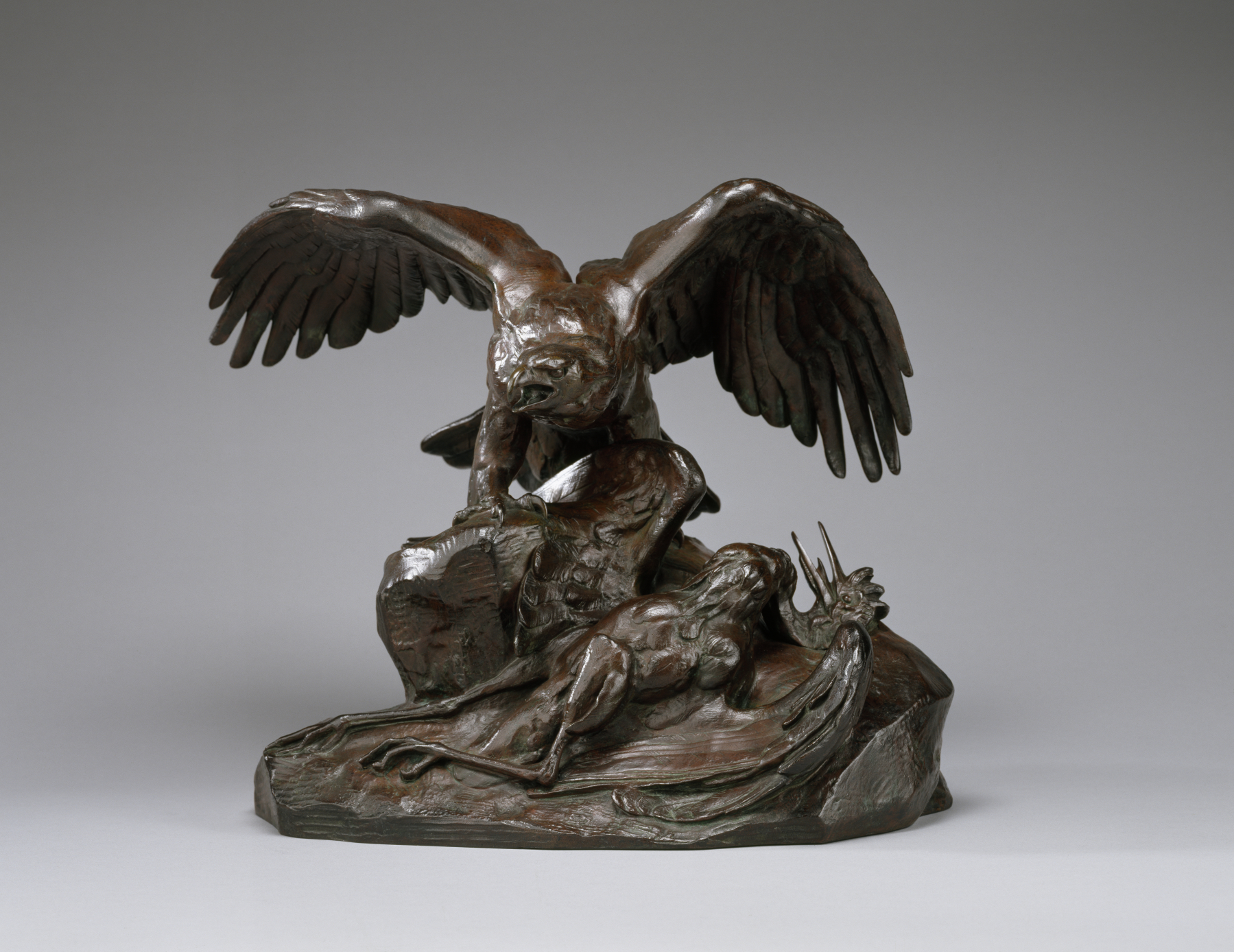 An eagle, with its beak opened as though it is screeching, has landed on a rock and leans over the lifeless body of a heron. This composition is one of several that trace their origin to a project that the French government conceived in 1834: to place on top of the Arc de Triomphe a gigantic statue of an eagle with a wingspan of over 75 feet. In its talons, the eagle was intended to grasp various trophies of war. For fear of offending past enemies, the government eventually canceled the project. Barye, however, reused the figure of the eagle with the outstretched wings in some of his compositions, including this example.

[Signature] Cast through from model: A L BARYE; [Number] Painted inside in white: W 17.