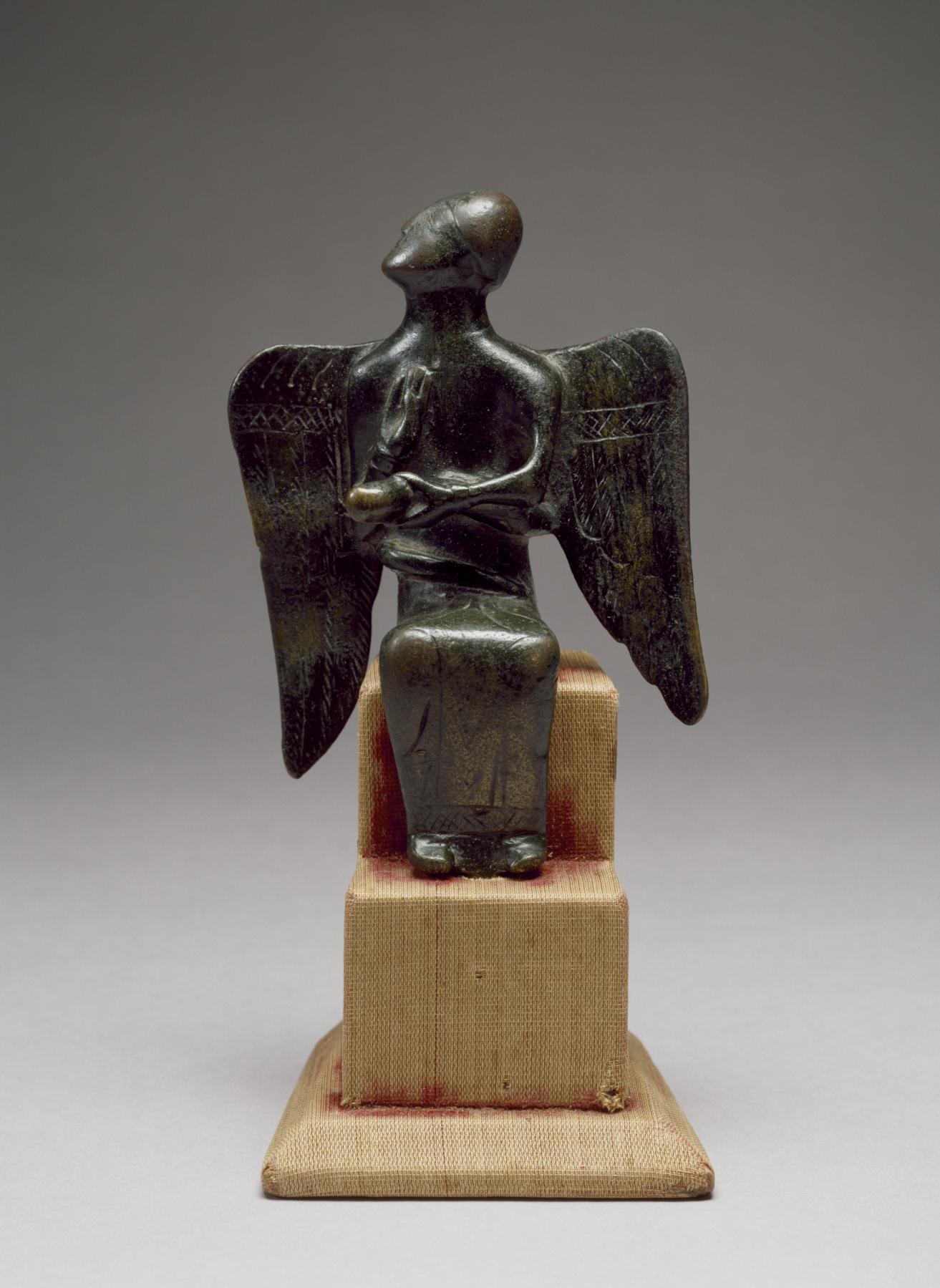 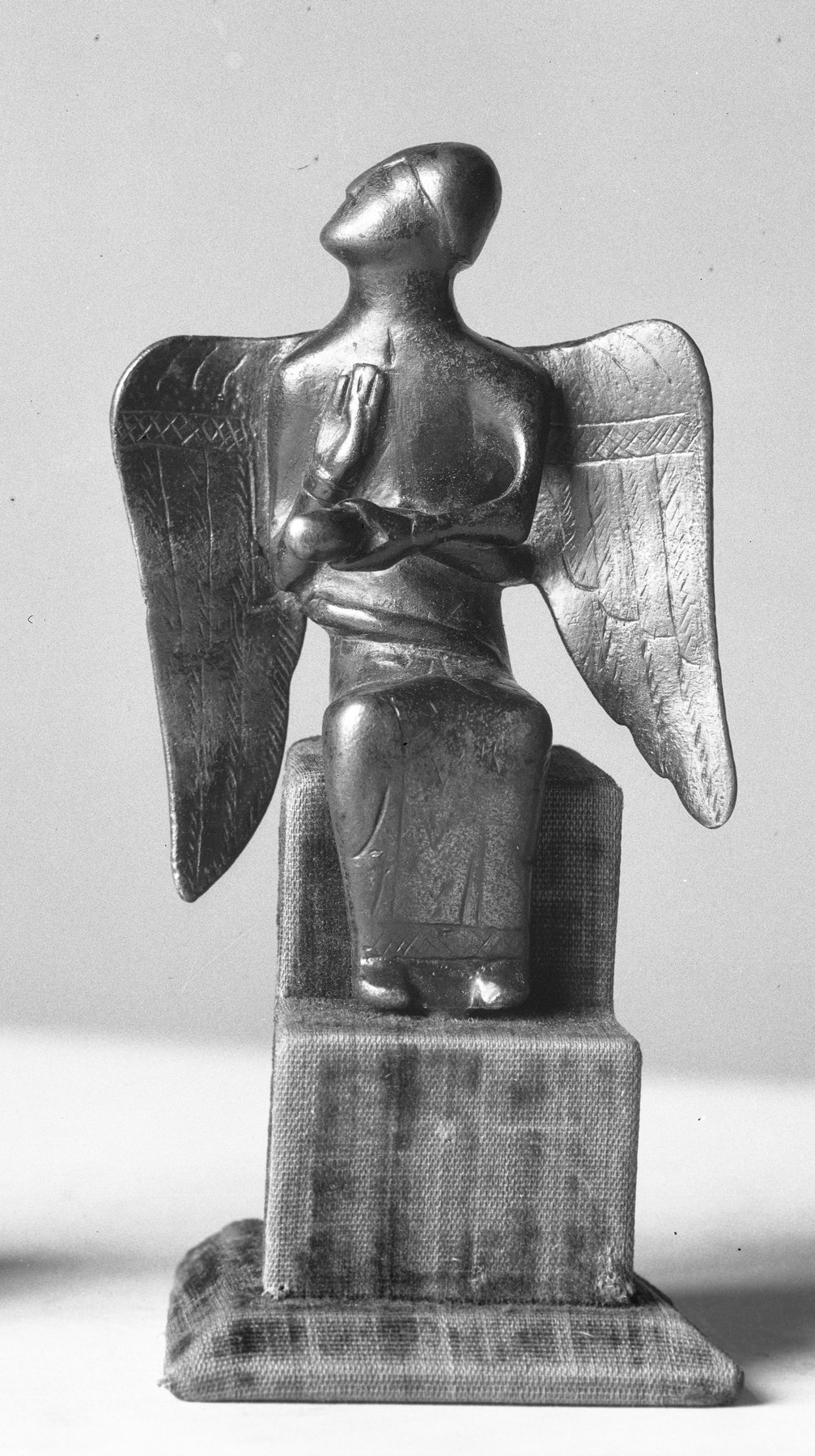 This winged figure holding the head of a serpent that curls round its chest probably represents the virtue Prudence, in accordance with Jesus' words: "be wise as serpents. . ." (Matthew 10:16). Along with the divine virtues of "faith, hope, and love" (1 Corinthians 13:13), justice, fortitude, temperance, and prudence were considered during the Middle Ages to be the principal worldly virtues. This statuette must have been part of a set placed at the base of a portable altar, candlestick, or baptismal font. It closely resembles in style the early 12th-century bronze doors of the Church of Saint Zeno in Verona.