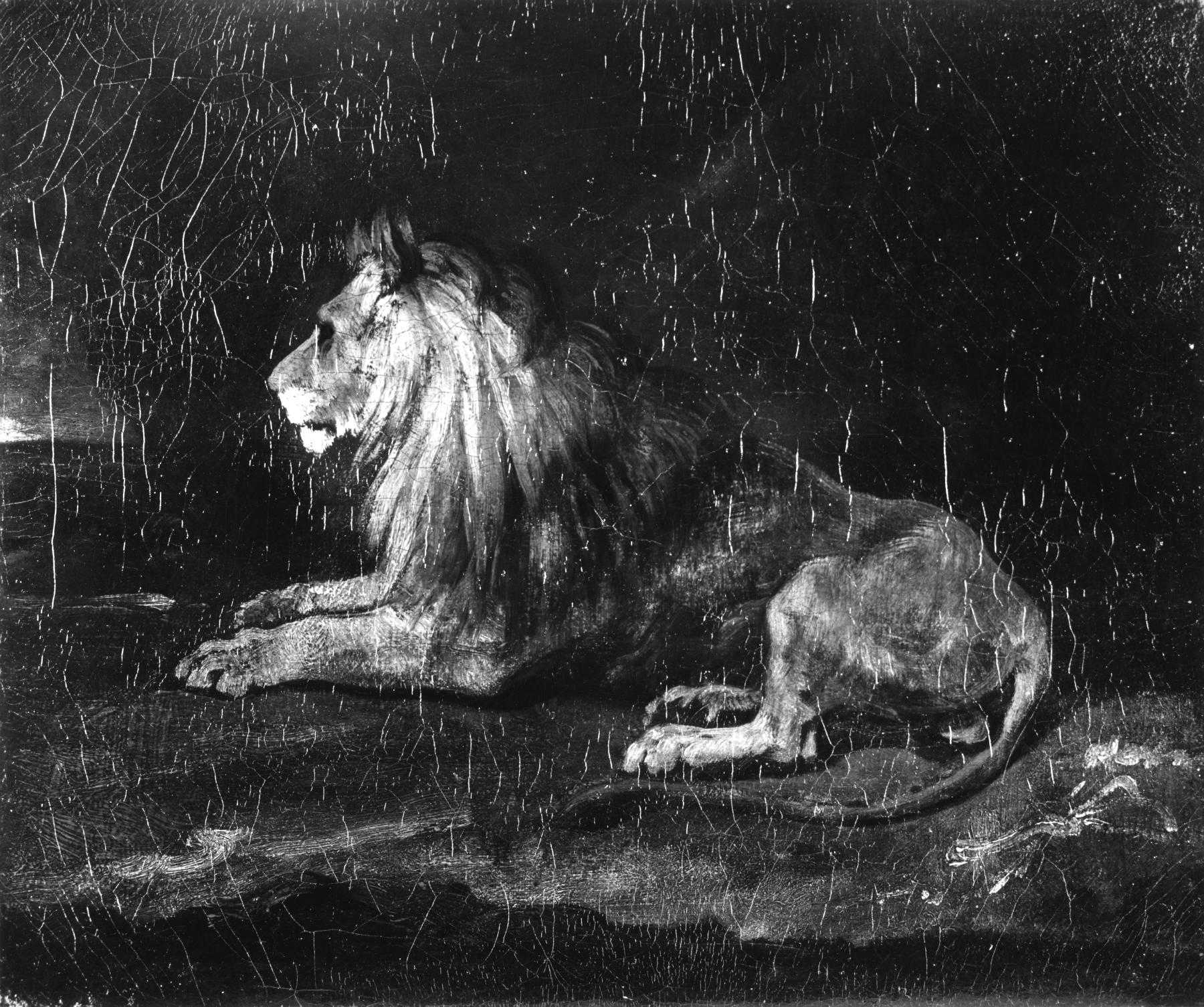 The reclining lion, facing left, is posed against a dark ground. A number of paintings of resting lions in similar backgrounds have been associated with Géricault. These include "Family of Lions," in which a number of animals rest in a lair, a composition known through two versions, one in the Louvre, R.F. 3962 and the other in a private collection, Paris, as well as the "Head of a Lioness," Louvre, MNR 137 and "Family of Lions," formerly collections Schiekler and J. D'Harcourt, Sale, Palais Galliera, Paris, November 28, 1971, no. 18. It is known that Géricault painted lions in the London zoo in 1820-21, inspired probably by George Stubbs' and James Ward's animal subjects. One of the lion's heads in a drawing in the Musée Bonnat, Bayonne, no. 2118, bears a striking resemblance to the animal in this painting.