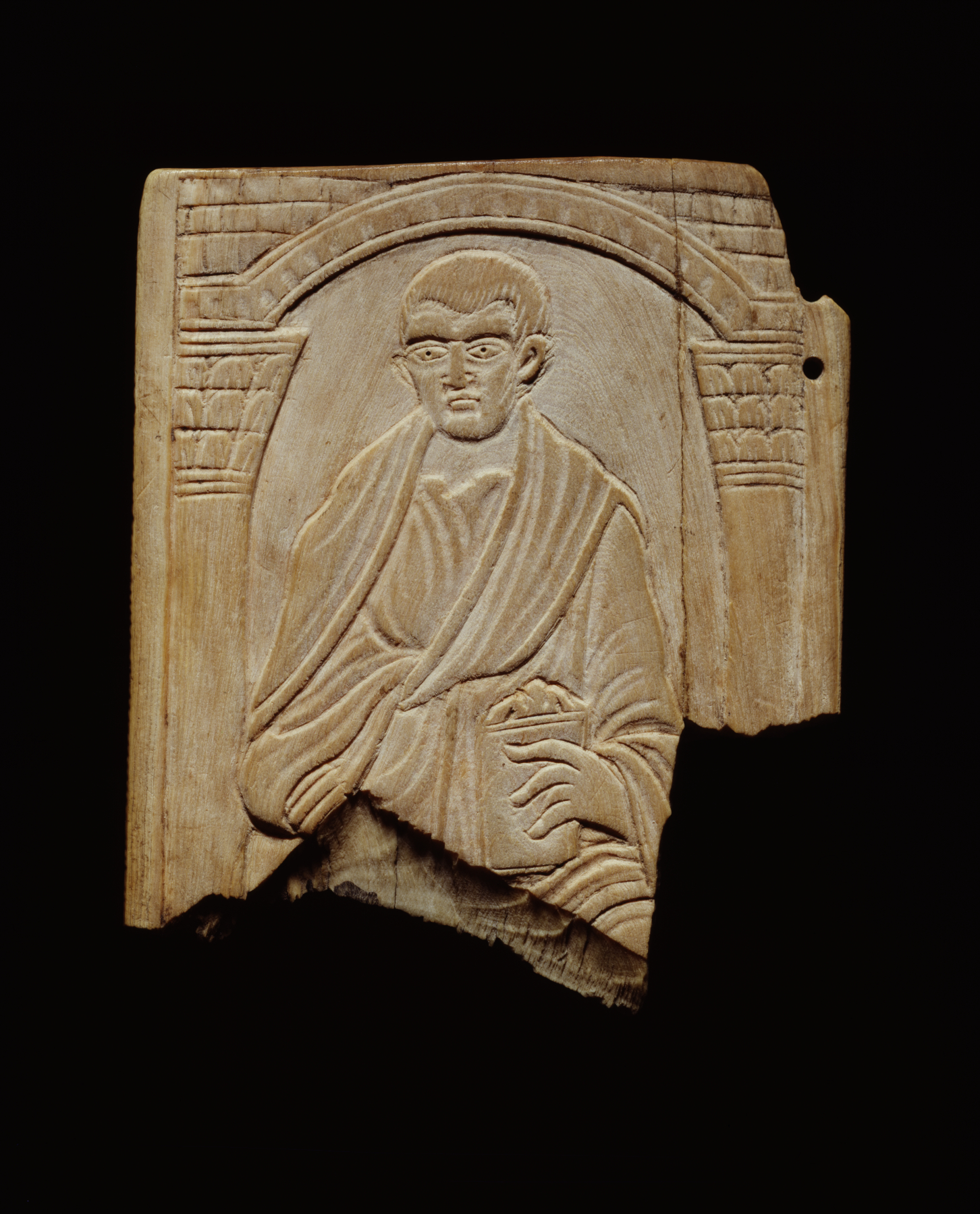 Figure of a Man

The figure of a man (consul (?) sits beneath a low arch with brickwork, between two columns with stylized Corinthian capitals. He is bareheaded, wears a tunic and pallium, and holds in his hand what appears to be a crested diptych.

The back is recessed to receive wax for inscriptions. This piece has been roughly incised with irregular lines and bears several inscriptions in ink. The plaque has been cut down at the top, where there is no surround on the reverse. It is broken in a jagged line across the bottom, and is missing the right upper corner. There is one hole and half of a second hole on the right side for hinging, showing that it is the rear leaf of a diptych.

One inscription reads in 6th-century uncial: MARCELLIN(US) MARTYR, probably referring to the priest Marcellinus of the 4th century. Other writing in Merovingian minuscule shows its continued use for comemorations in a church.

There is a question of its being a consular diptych since the man has no symbols of office but holds a diptych, which is unusual. When complete, this piece may have had an inscribed band with the name above the figure and perhaps a shaped terminal at the top. Because the man appears, from the drapery on his left side, to be seated, the plaque may have had a scene below his feet.