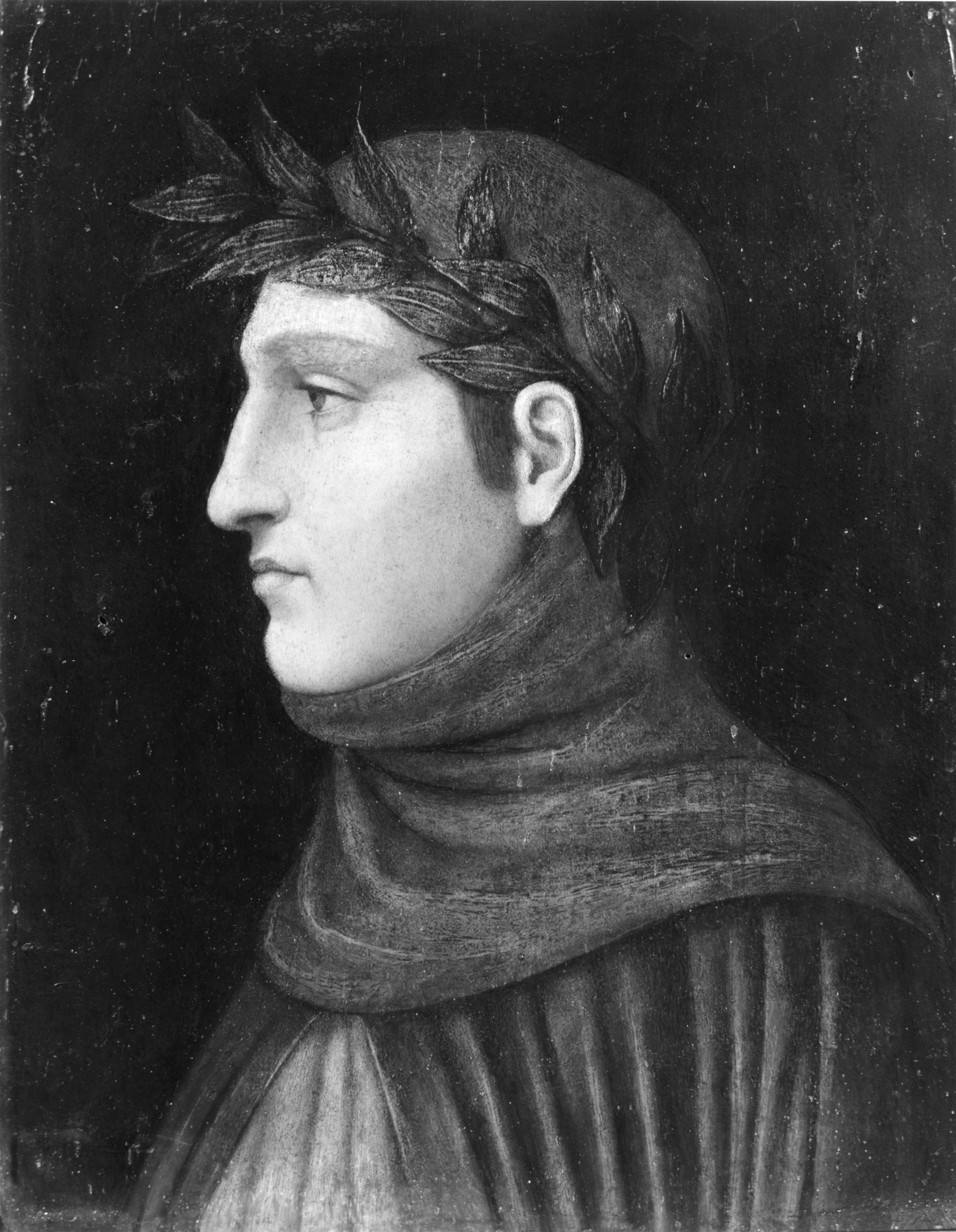 Profile Portrait of a Poet (Petrarch (?))

The laurel crown on this figure's head identifies him as poet, while his distinctive costume suggests he is Francesco Petrarca, commonly known as Petrarch (1304-74), one of the most influential poets of the Italian Renaissance. The generalized features indicate the painting is not a specific likeness but rather an idealized type. The format, with the figure in profile against a blank background, derives from portraits of emperors on ancient Roman coins and is probably intended to suggest Petrarch as an heir to Italy’s illustrious literary past.

Formerly attributed an anonymous artist working in the north Italian city of Verona in the early 1500s, technical examination has revealed that many of the pigments used here date to the 19th century. Indeed the smoothness of the execution and the very straight line of the face are more in tune with a neoclassical aesthetic.

Acquired by William T. or Henry Walters, before 1922