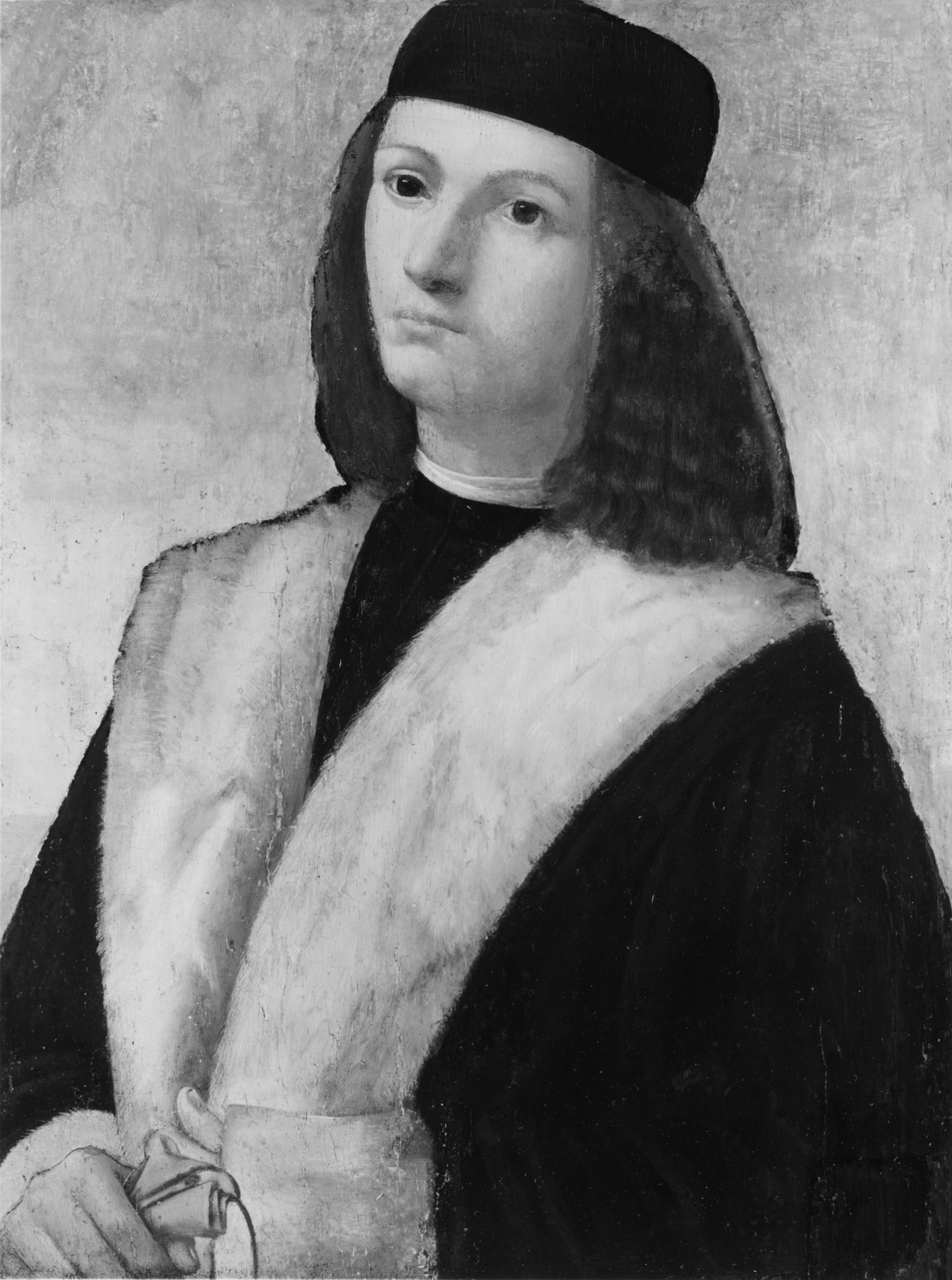 Portrait of a Young Man with Fur Collar

This young man is depicted in a three-quarter pose in half-lengthwith his head slightly cocked to one side, conveying the sense that he might move at any moment. In his hands are his gloves, a common social indicator of class, originally indicating that the sitter did no manual work. The fur collar of his cloak indicates his wealth. Despite its damaged condition, the painting appears to be by Marco Basaiti, a prolific painter of both portraits and religious scenes who was active in and around his native Venice at the same time as Giovanni Bellini (see Walters 37.446). For another portrait by Basiti in an American collection, see the example at the Rhode Island School of Design Museum of Art.