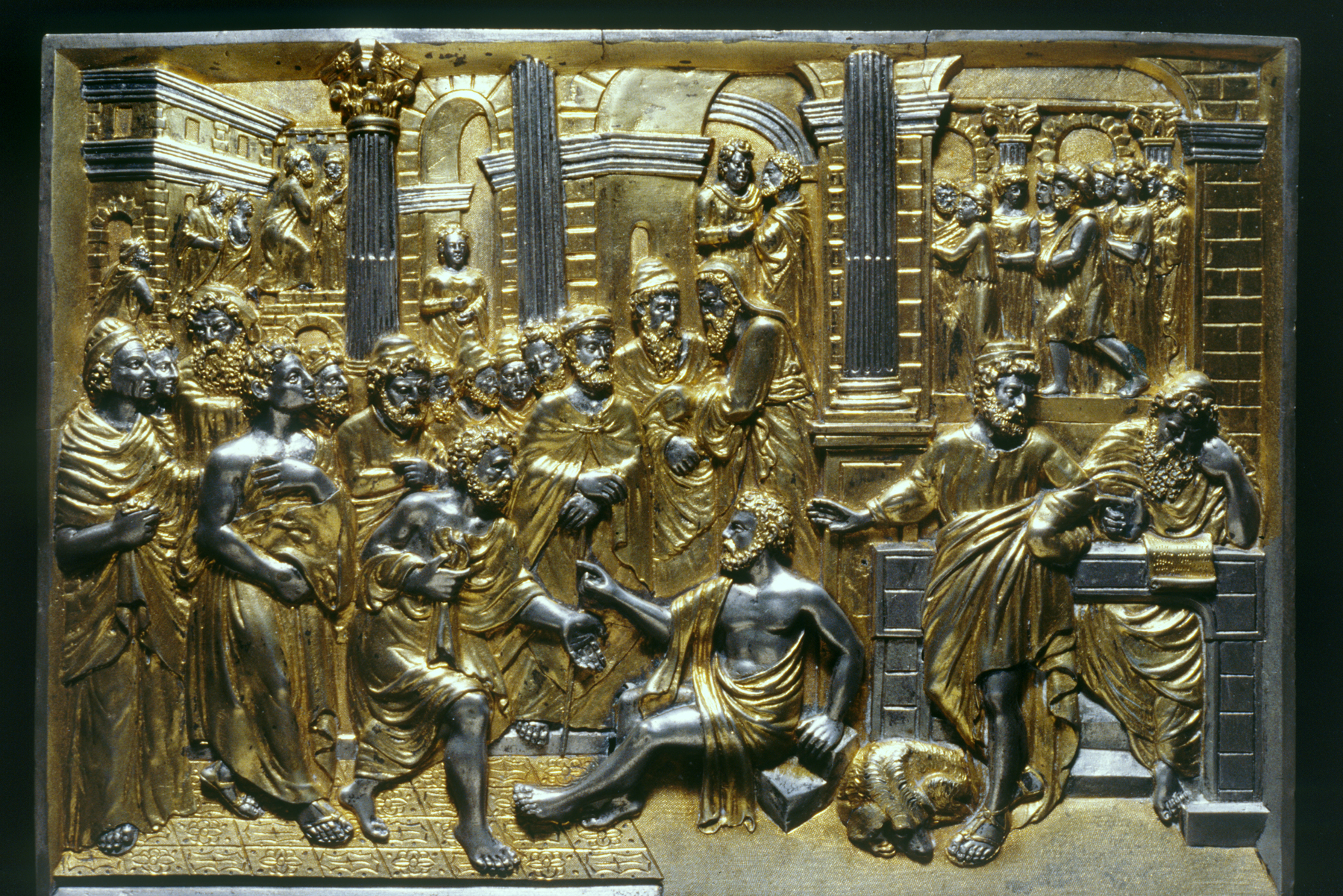 Plaque with Saints Peter and John Healing the Lame Man

In the Acts of the Apostles, a lame man was begging outside the Temple of Jerusalem. Seeing Peter and John, he asked them for money, but instead they healed him. The Jews can be recognized by their covered heads. The gate where the blind man was begging was called "The Beautiful," and the unknown artist depicted it as a splendid structure with fluted Corinthian columns. The plaque was probably set into a chest or casket.