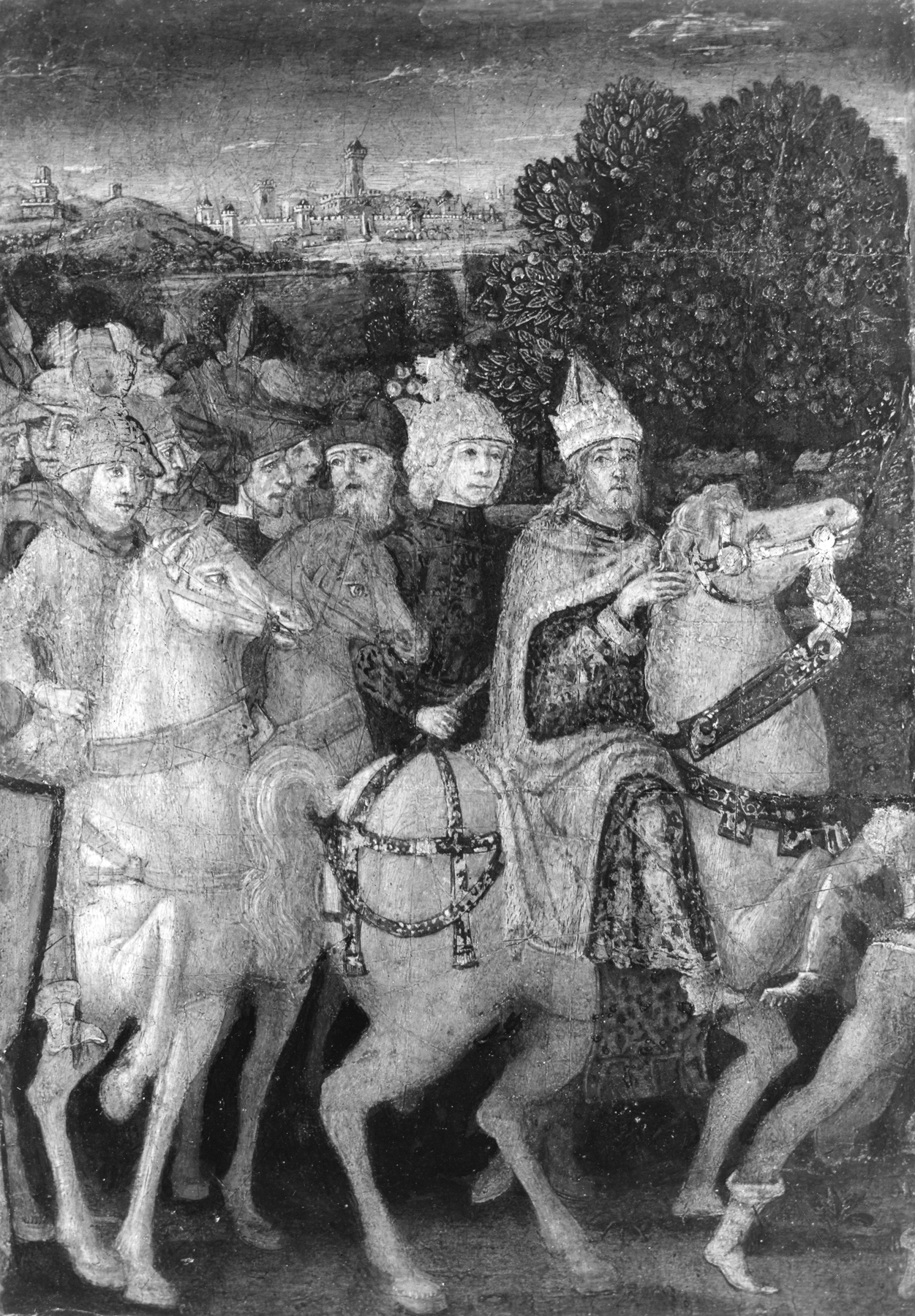 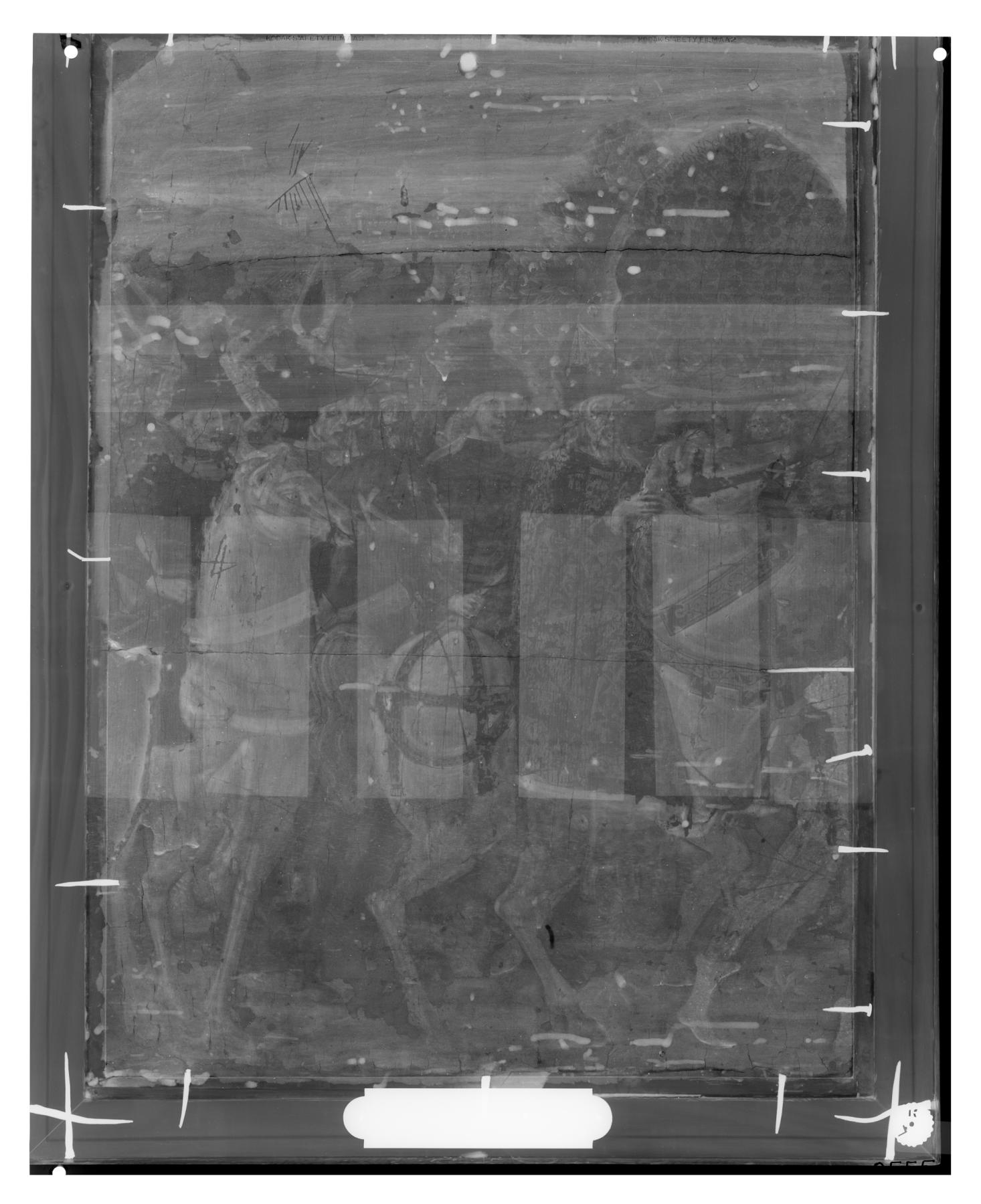 Before a distant landscape with a walled city on the horizon, an elaborately dressed king sits at the head of a cavalcade of soldiers. The exact subject of the painting is unknown. The figure of a page abruptly cut off in the lower right corner indicates that it is a fragment from a much larger composition. It was likely cut from a long, horizontal panel inserted into the front of a “cassone,” a large storage chest often commissioned during the Renaissance for marriages as part of the bride’s trousseau. The paint surface is heavily damaged from scratching--such wear and tear is typical of cassoni, which sat low to the ground and were frequently handled. Some of the better preserved areas, such as the head of the young man behind the king, nonetheless reveal the elegant and linear style typical of Guidoccio Cozzarelli, one of the most prolific painters working in Siena during the late 15th century.