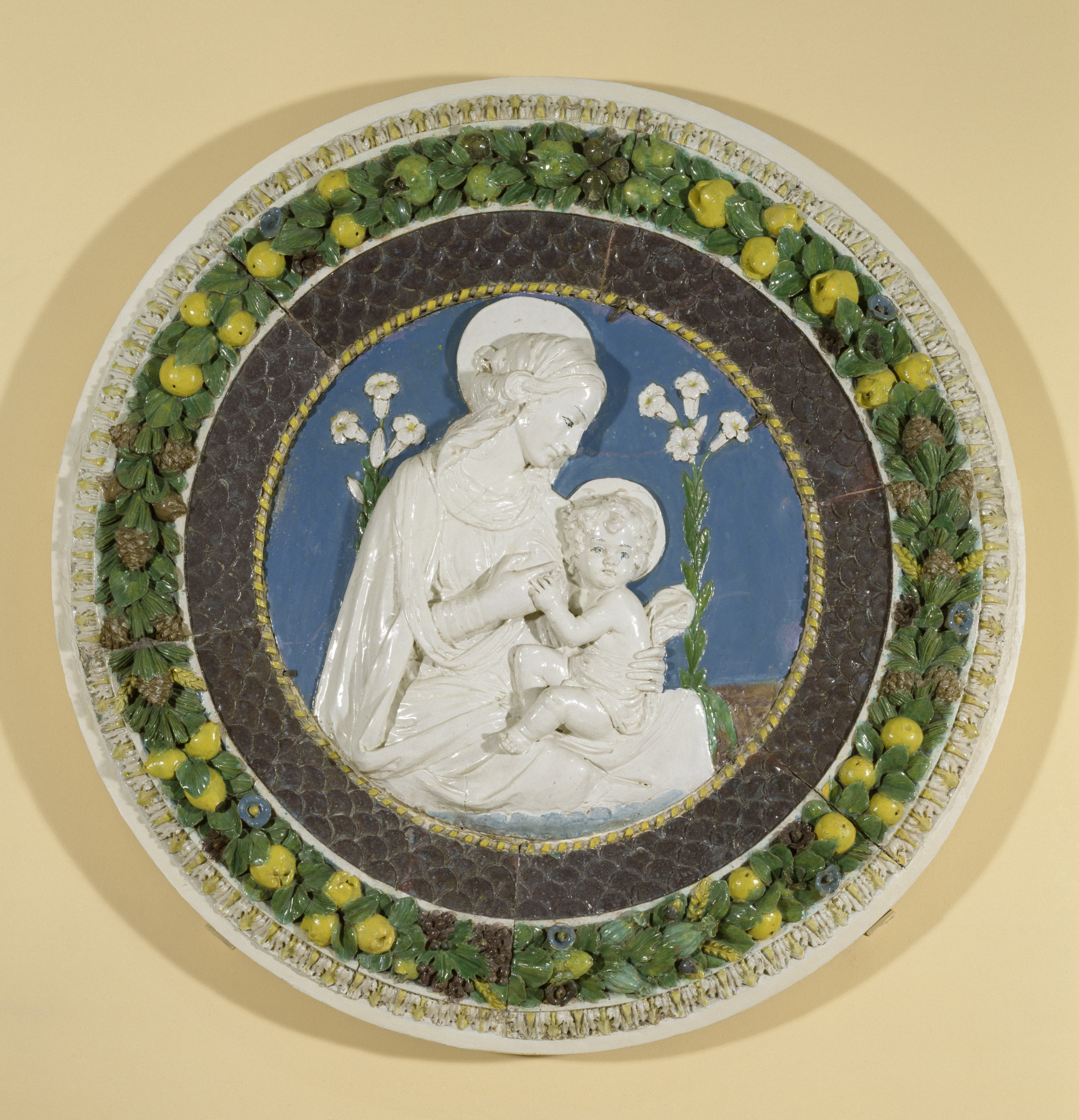 The Virgin of the Lilies

The style of this "tondo," or medallion, was developed by Luca della Robbia (ca. 1400-82) who invented this type of brightly colored glazed terracotta (baked or fired clay) relief-inspired by maiolica-and it shows the continued admiration of his works long after his death. Such medallions were intended for placement in an architectural setting like this.

The lilies placed behind the Virgin Mary and the Christ Child symbolize her purity. She offers Christ her breast for nursing, emphasizing Christ's humanity.