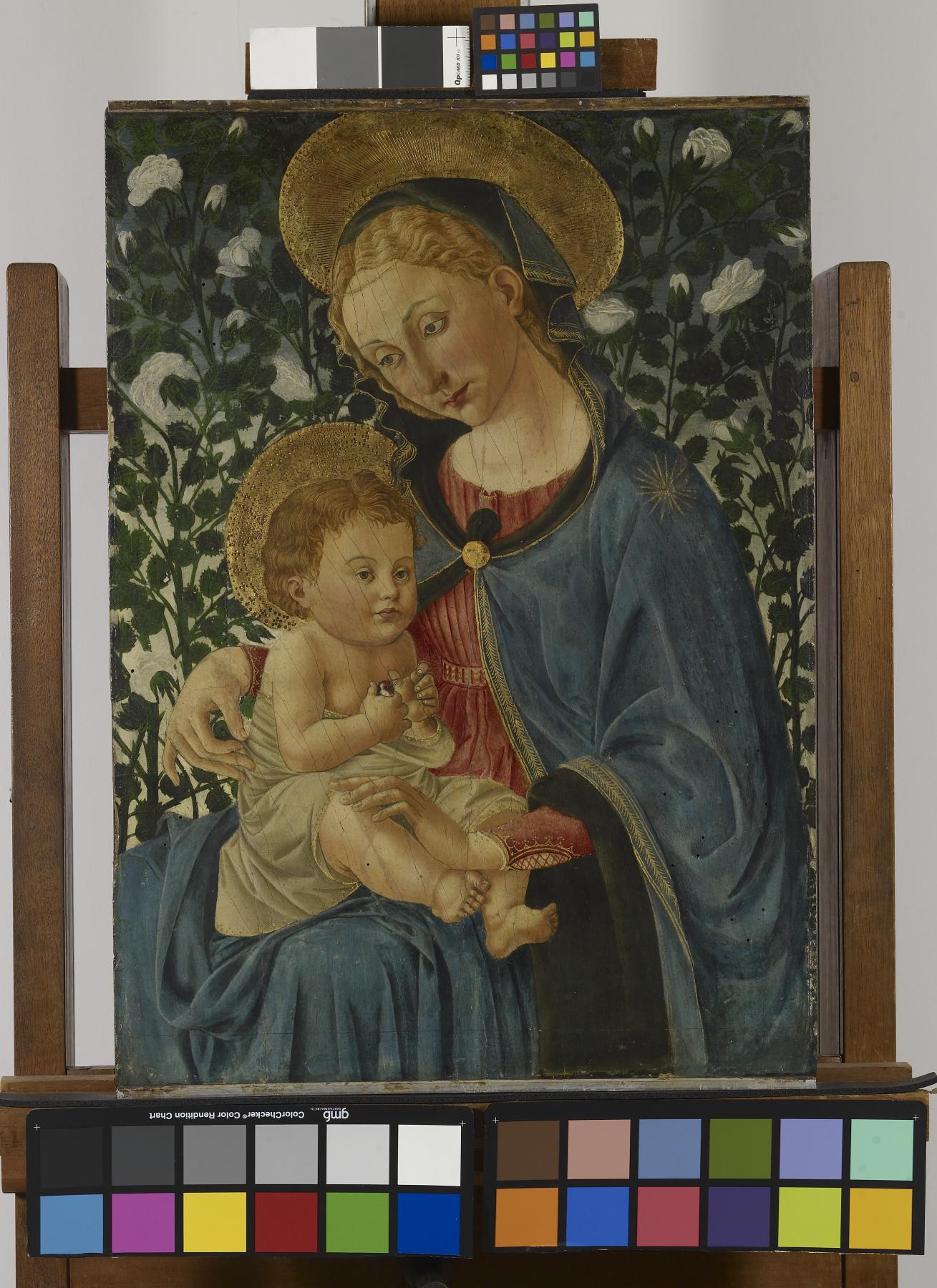 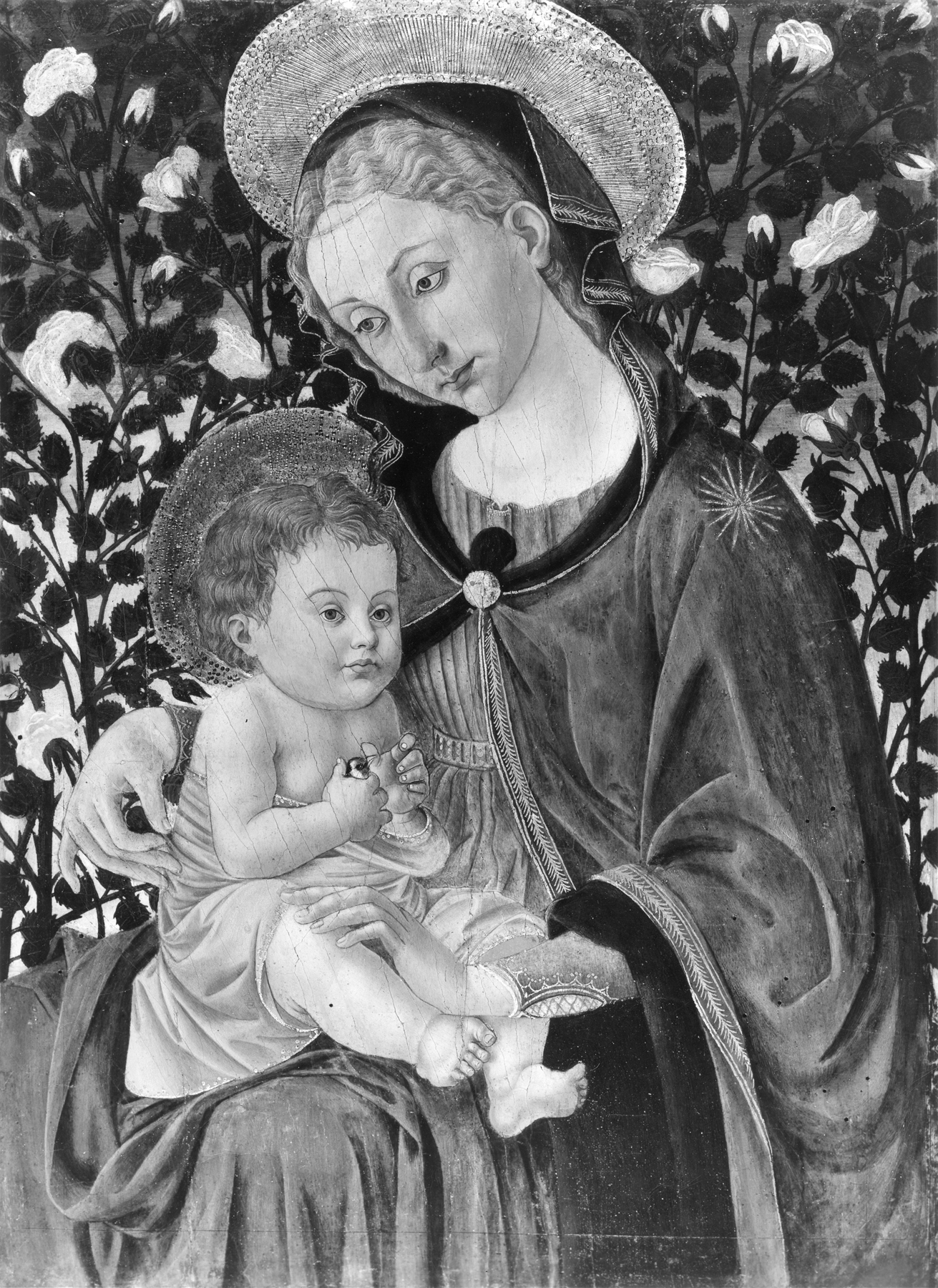 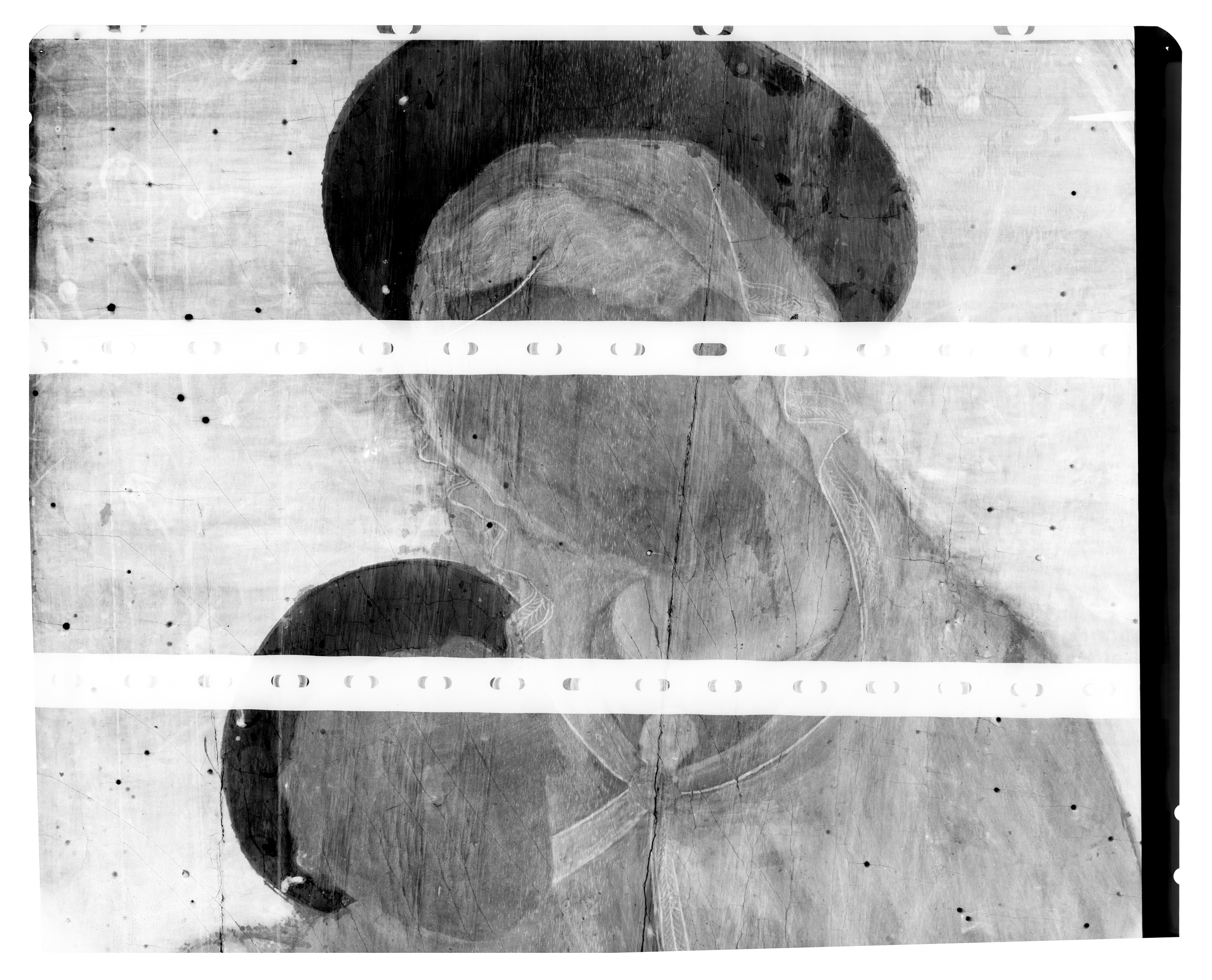 Virgin and Child with White Roses

Half-length images of the Virgin and Child were extremely popular in the Italian Renaissance home, where they would serve as the focus for daily prayer and devotion. This intimate example, in which the Madonna steadies the Christ Child on her knee while tenderly adjusting his swaddling clothes, is rich in symbolism. The figures are placed before a hedge of white roses, symbolic of Mary’s purity. Her shoulder is a decorated with a gold star, a reference to the popular prayer dedicated to her called the “Stella Maris,” or “Star of the Sea.” The Christ Child clasps a tiny goldfinch, an allusion to his future death and resurrection (according to legend, the bird plucked a thorn from Christ’s crown at the crucifixion and became stained with his blood).

The painting was executed in the second half of the 15th century in the workshop of the "Pseudo Pier Francesco Fiorentino," an anonymous artist whose works used to be confused with those of the real Pier Francesco Fiorentino (1444-after 1497). This workshop specialized in the serial production of Madonna and Child paintings for domestic interiors, often copying examples by more famous Florentine artists. This example is based on a picture by Francesco Pesellino (1422-1457) in the Isabella Stewart Gardner Museum in Boston.