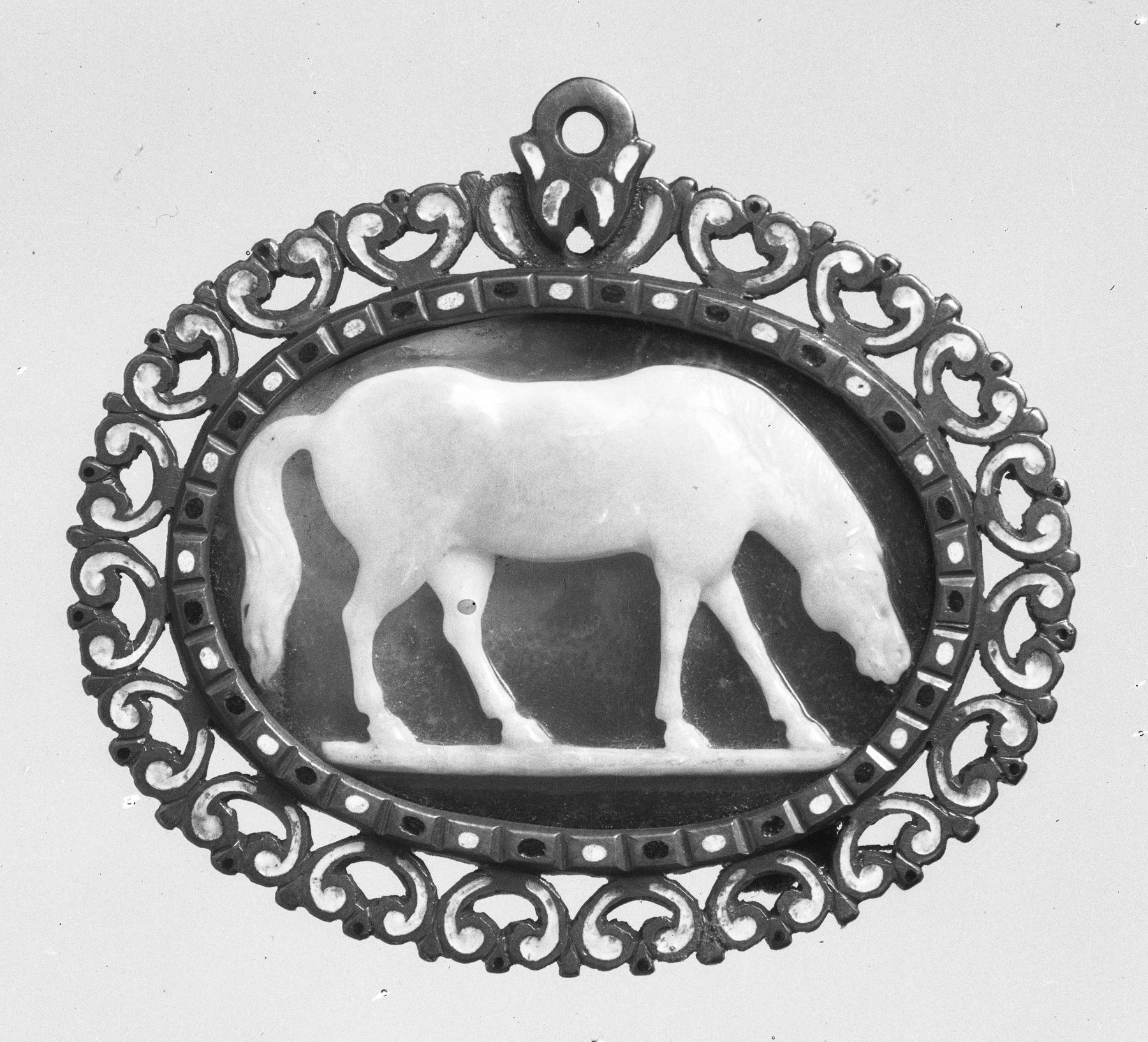 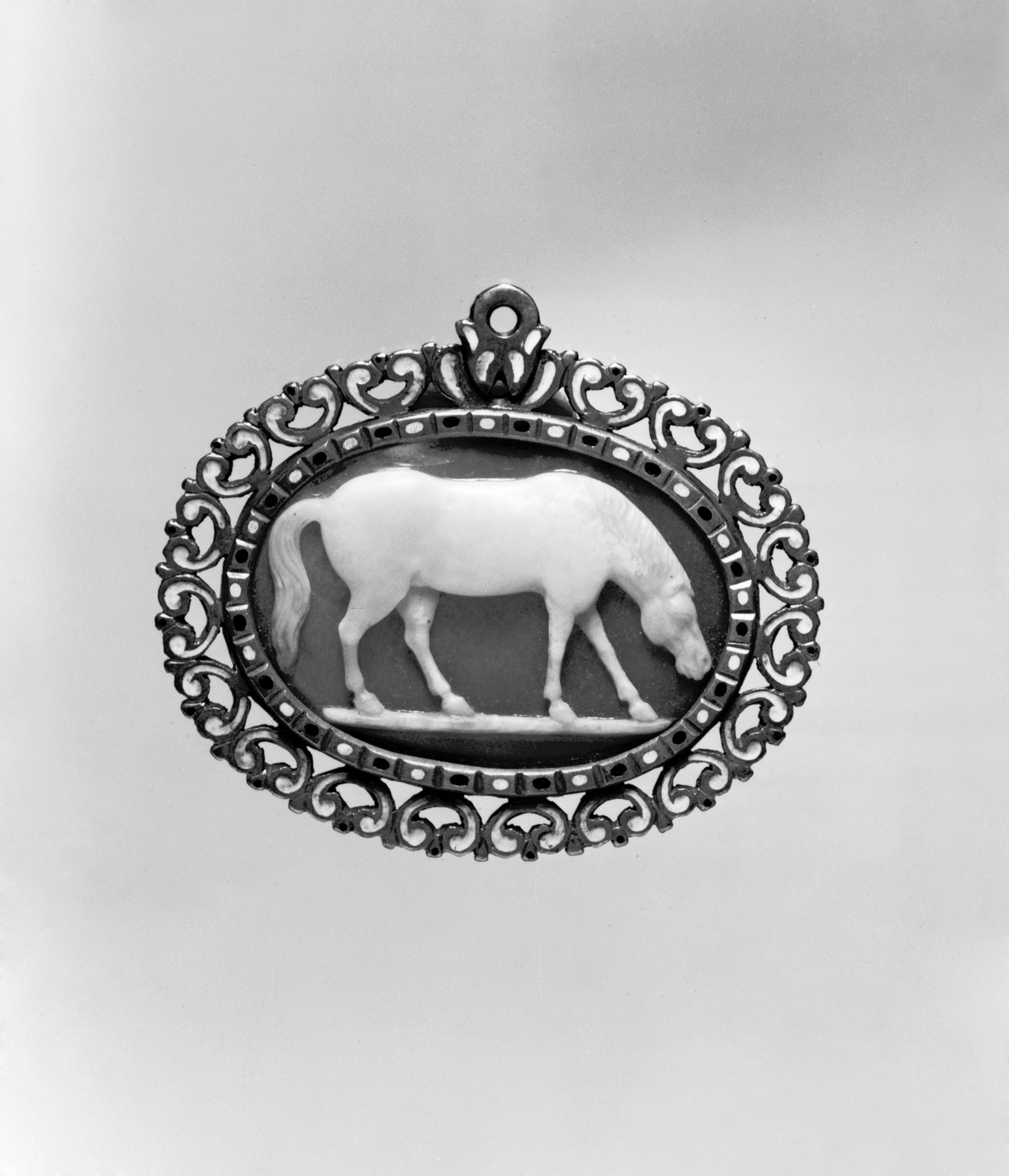 A cameo is a small stone (or shell) carved in raised relief. The stone could be precious or semi-precious and of a single color or veined with different colors- such as onyx with white veins that could be distinguished for a striking effect, as here. The techniques were developed in the ancient world and the subjects are often taken from the classical tradition. The market for antiquities was great in the 16th century; since the differences between a Roman and a particularly ingenious 16th-century imitation were hard to distinguish, many "modern" pieces were offered as antiques.