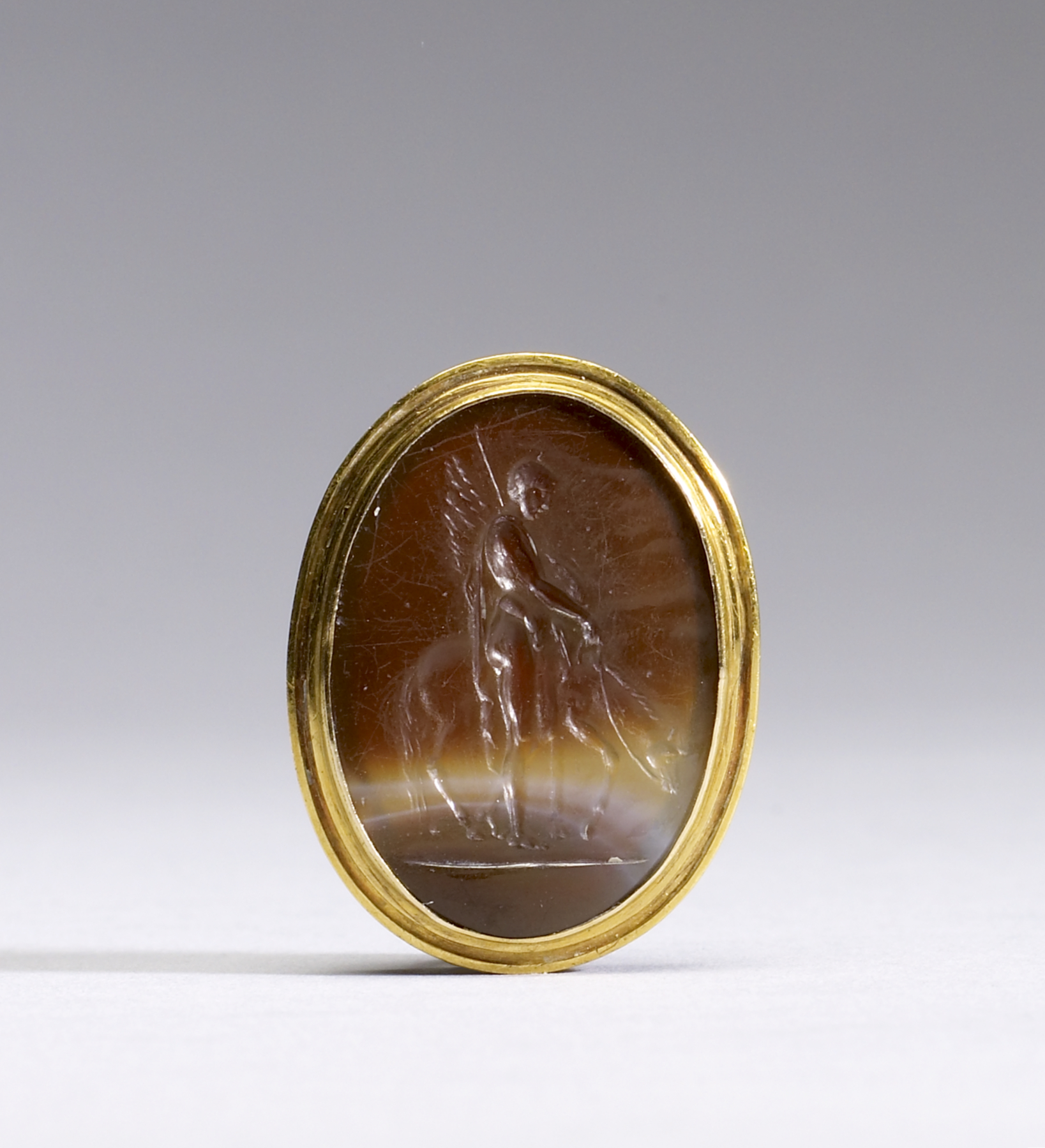 Intaglio with Bellerophon and Pegasus Set in a Mount

Gem engraving was a major art form in ancient Greece and Rome. Precious stones were thought to have healing and protective powers and were used as amulets and seals as well as jewelry. Engraved or incised gems, known as intaglios, were often decorated with winged creatures, such as the sphinx and the griffin.

The immortal winged horse Pegasos sprang from Medusa's neck when she was decapitated by the hero Perseus. While Pegasos was drinking from a spring at Corinth, the hero Bellerophon tamed him with a bridle given to him by the goddess Athena.