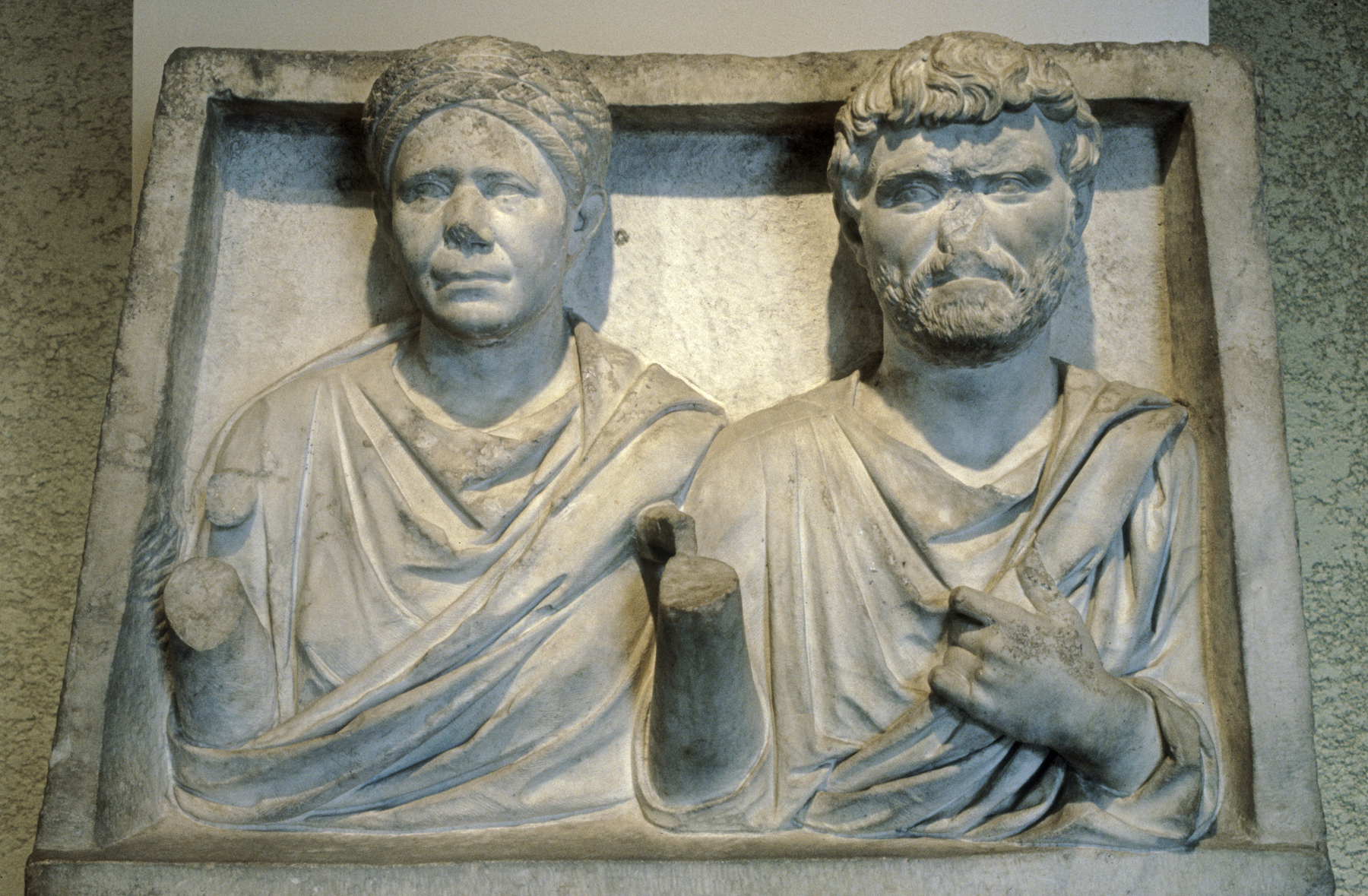 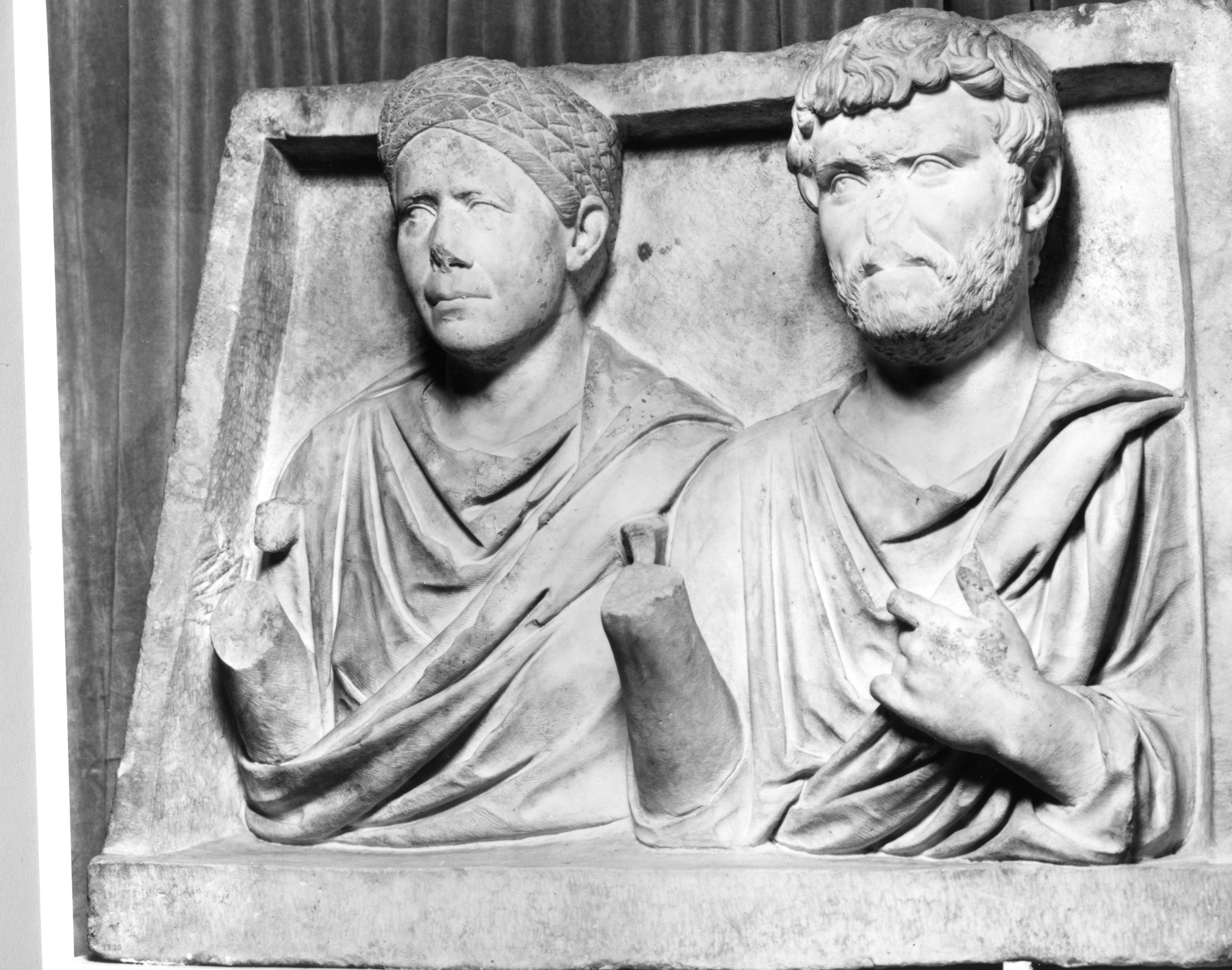 Funerary Relief of a Husband and Wife

The man and woman are likely husband and wife, and this portrait, carved in high relief, is their funerary monument. The busts of both figures are depicted frontally and framed by a plain border. However, the heads and right hands (now missing) appear to exceed this border, lending the sculpture a degree of animation that establishes the figures’ physical presence. The woman's hairstyle, with her long braids wound around her head, and the man's short beard were in fashion during the 2nd century, in emulation of the emperors and their wives. Only the male figure has incised pupils, and this trait makes him appear more expressive. Both portraits have suffered damage to their noses, but this does not detract from the effective representation of their likenesses. This type of funerary monument was the most common among Roman funerary reliefs. They were typically erected by freedmen and women and their descendents, and they were used either to decorate the facades of tombs that lined the roads leading out of cities or placed in columbaria (rooms with niches for funeral urns).