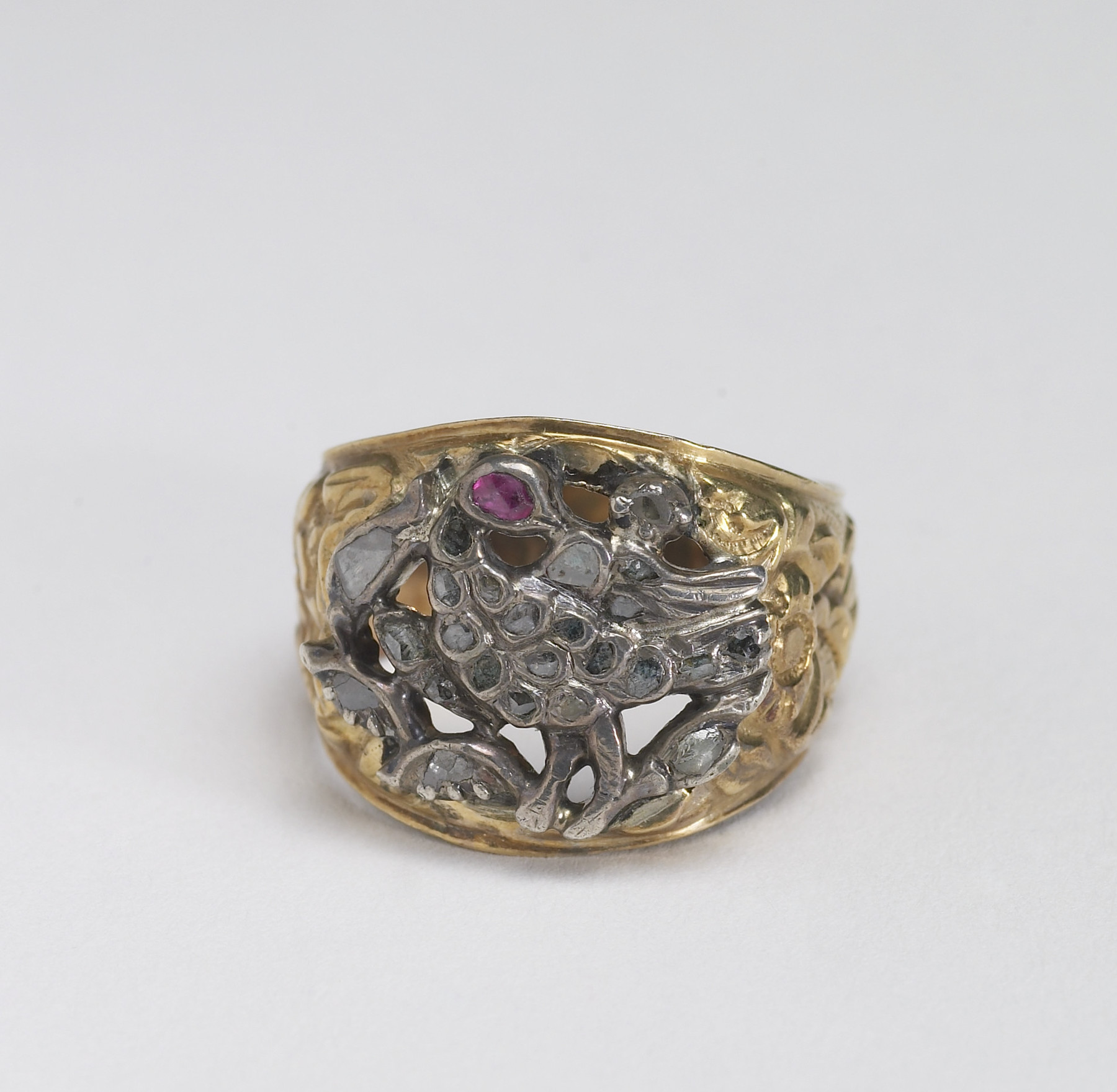 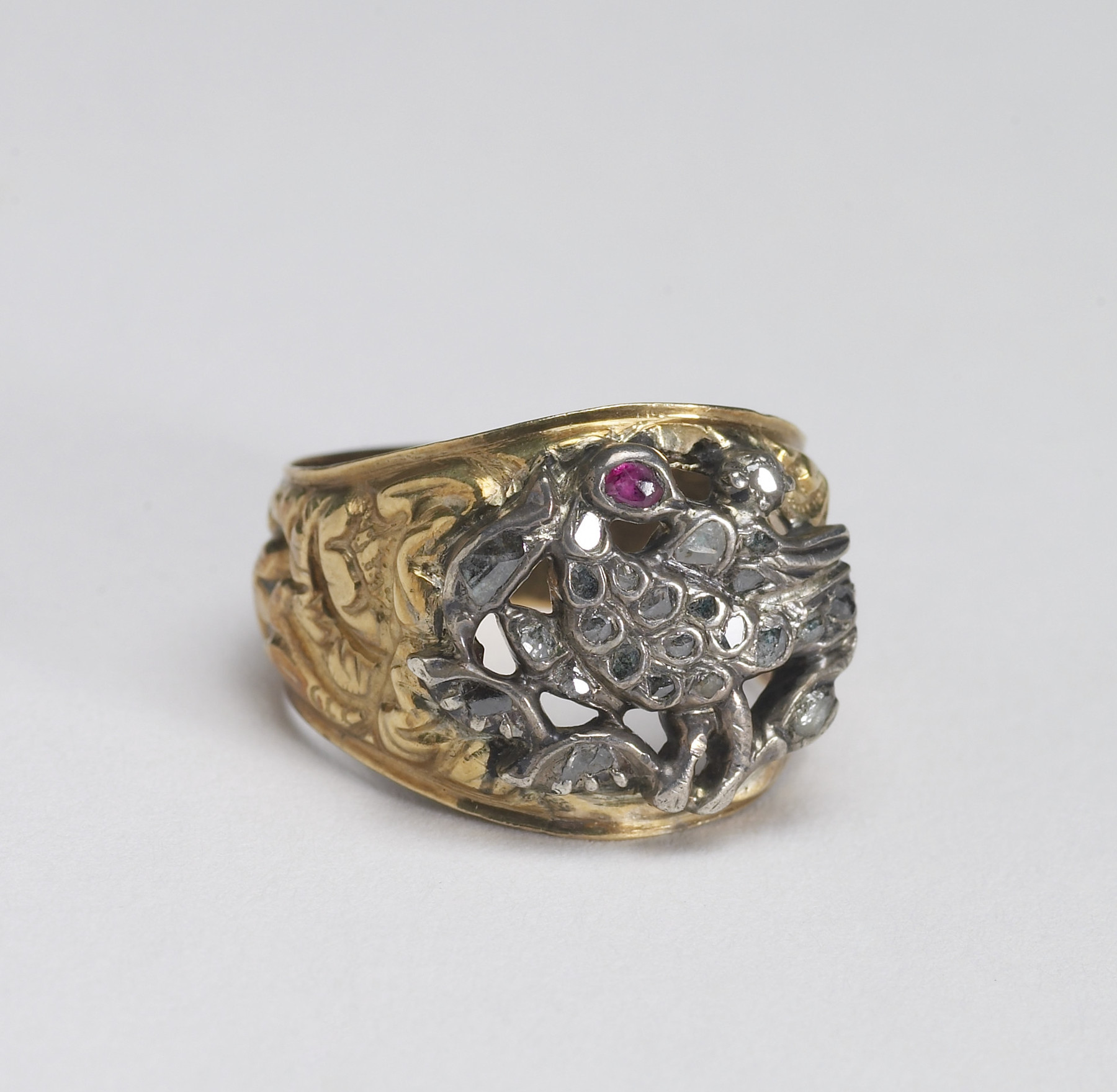 Ring with a Ruby-Eyed Bird

The openwork bezel of this ring has a bird set in diamonds and with a ruby eye.