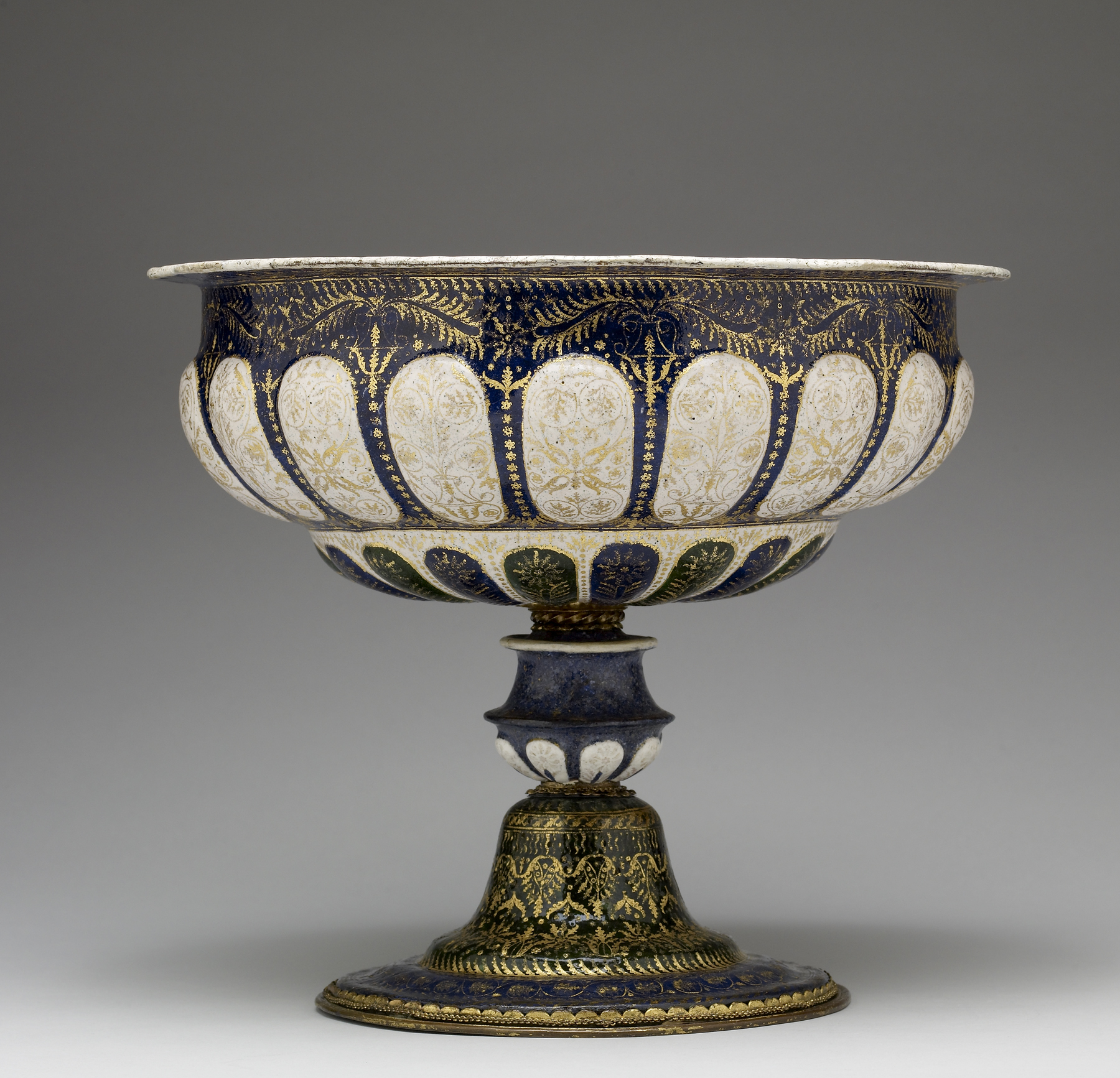 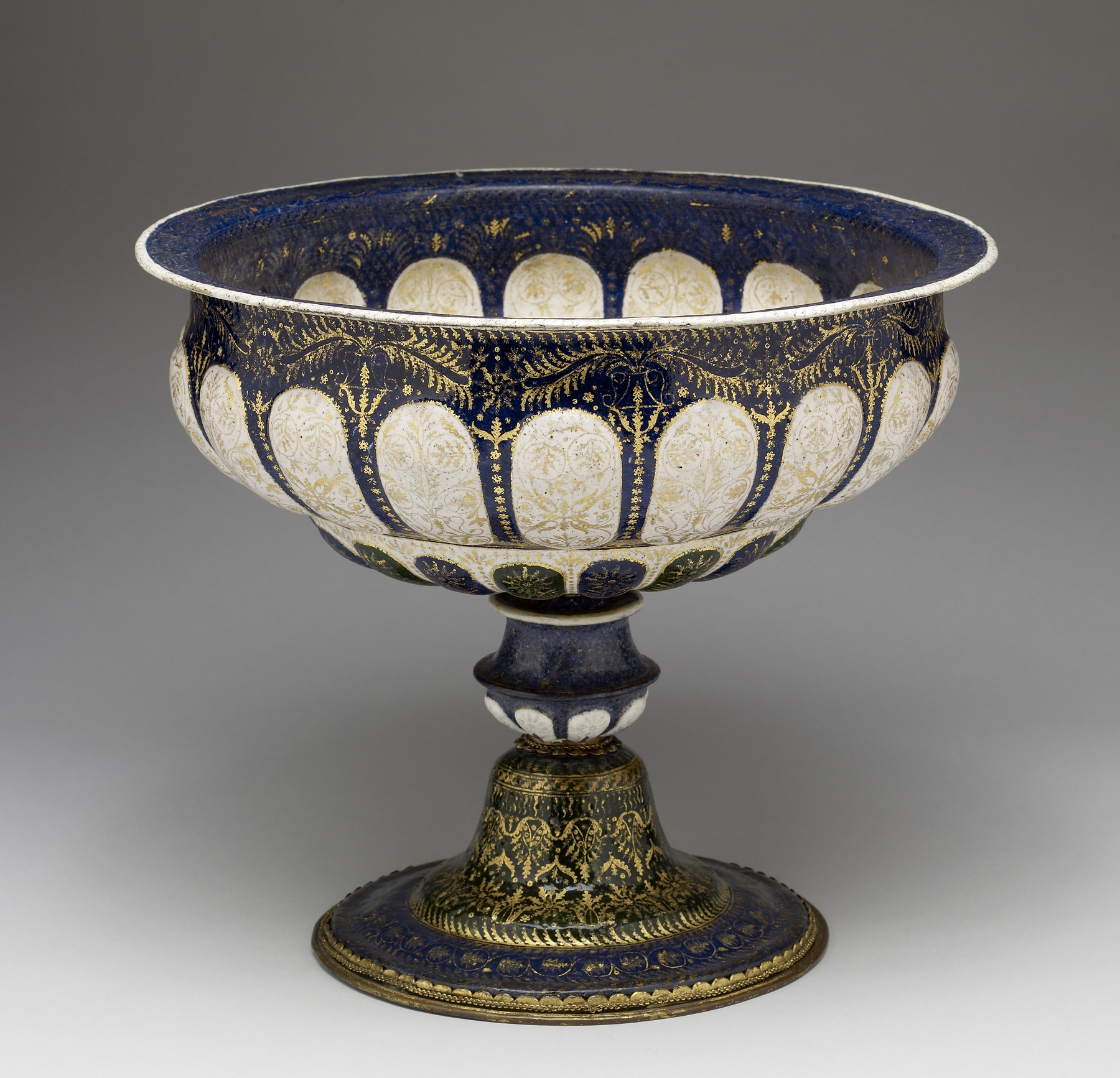 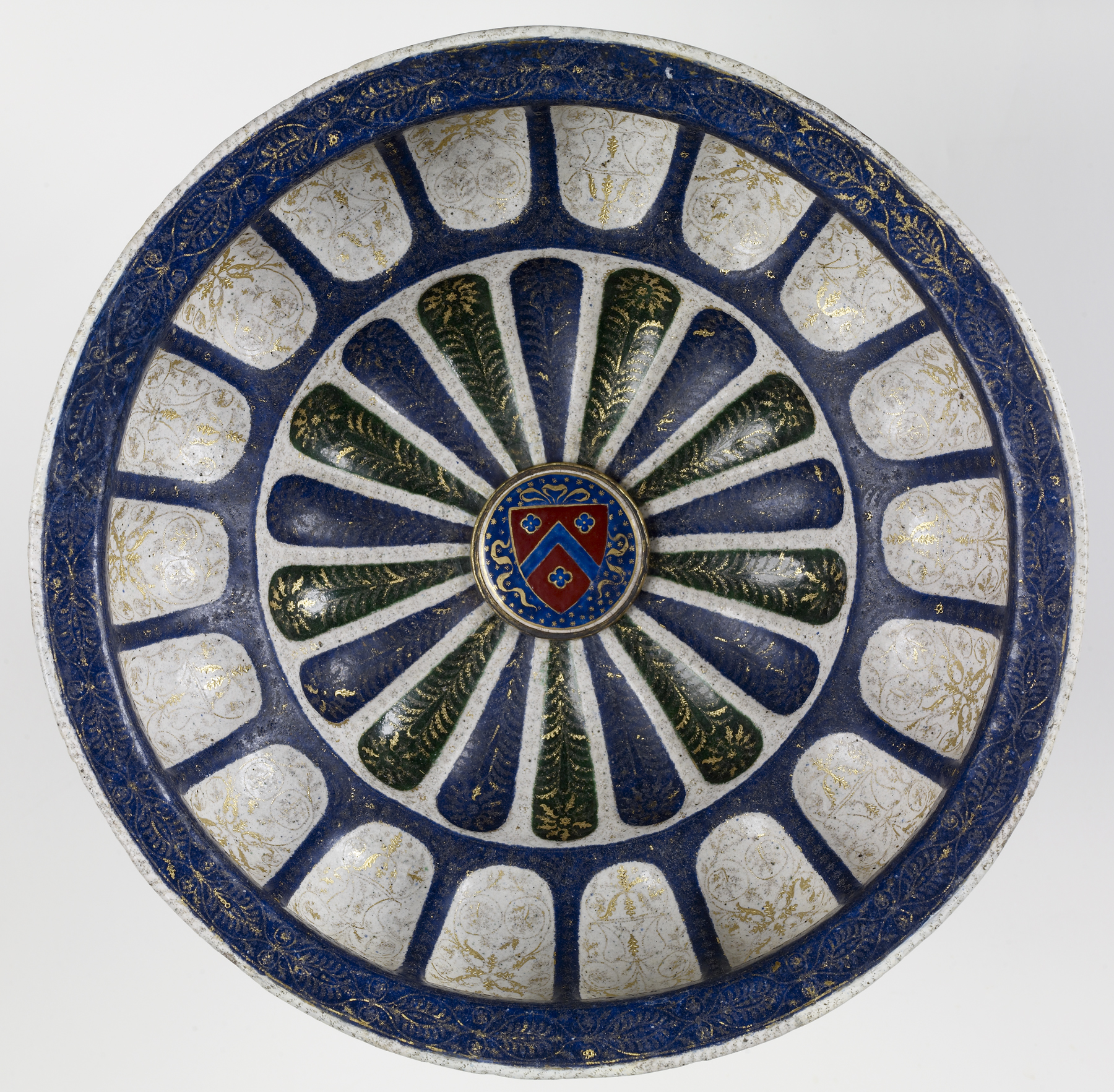 Venice was an important center for glass and metalwork during the Renaissance. The techniques are combined in this bowl, made of copper and covered with enamel—a thin layer of powdered glass fused to the metal through the application of high heat—and then decorated with patterns of gold foil. Such vessels were luxury products for the rich. At dinners, they might be placed in the middle of the table, filled with sugary treats. When not in use, they were displayed as beautiful objects, usually on a sideboard. The expensive materials and refined detailing contrast with those of the less expensive Italian glazed earthenware known as maiolica (seen in the sideboard nearby) used for tableware by the affluent middle class as well as the wealthy.
The upper part of the bowl is embossed in relief with eighteen flutes, decorated with floral scrolls in gilding on a white ground. The rim and the intervals between the flutes are blue, with floral ornaments in gilding. The bottom of the bowl is of a white ground, embossed with eighteen gadroons, alternately blue and green, tapering towards the center with their arched tops spaced between the separations of the flutes above them. The gilt ornaments are the same as on the upper part. At the inner center of the bowl is an applied medallion of enamel, remade by André in Paris at the end of the 19th century, with the arms of the Mocenigo family: gules, a chevron azure, between three quatrefoils azure. The vasiform stem is blue, with eight white flutes in relief on the lower curve. The foot consists of a bell-shaped upper part, green, with floral and other ornaments in gilding, and of a depressed base, blue, decorated with a gilt scroll between two bands of running foliage. It is held in a copper-gilt rim. The inside of the foot is blue.
For a candlestick from the same school, see 44.34.