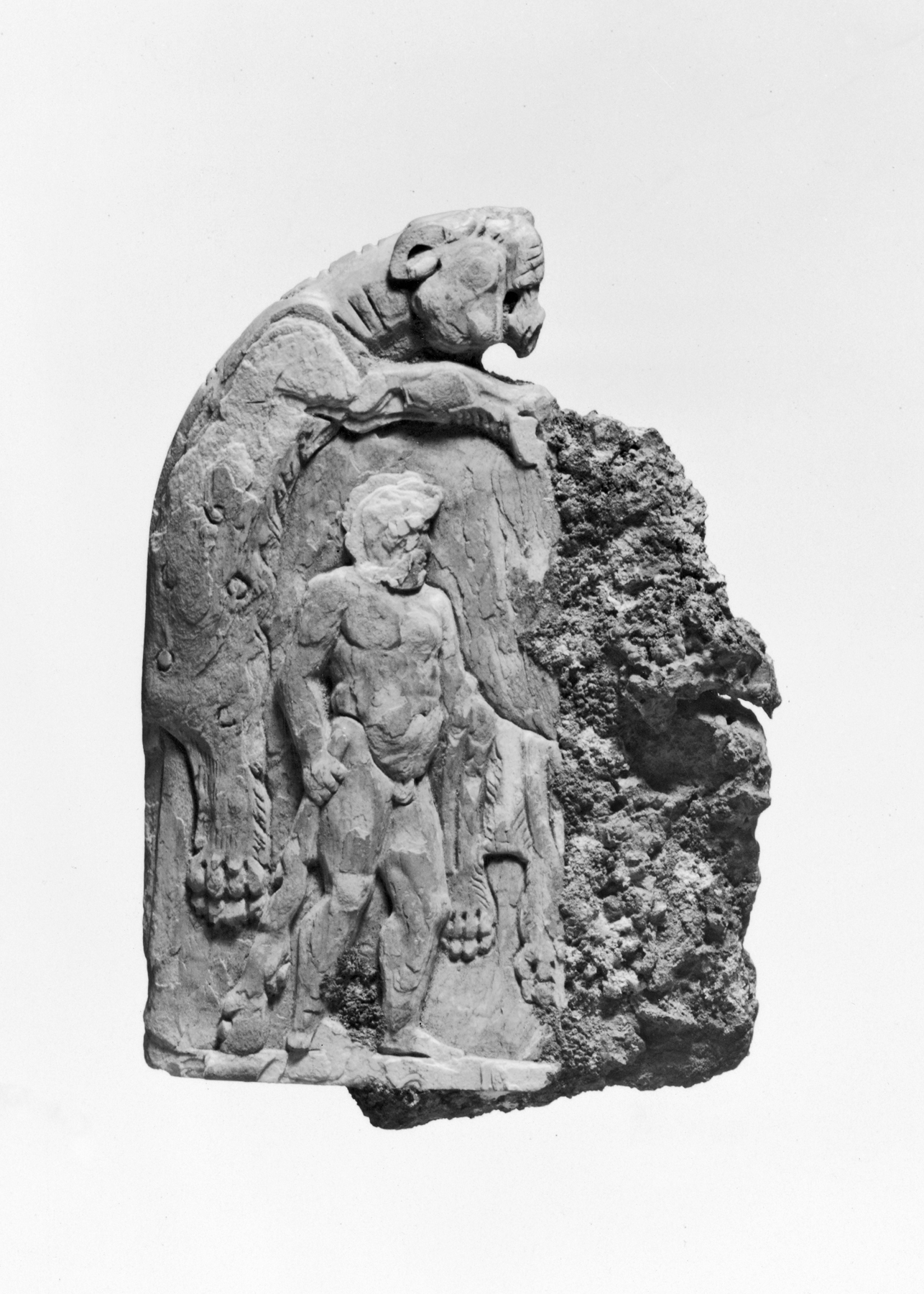 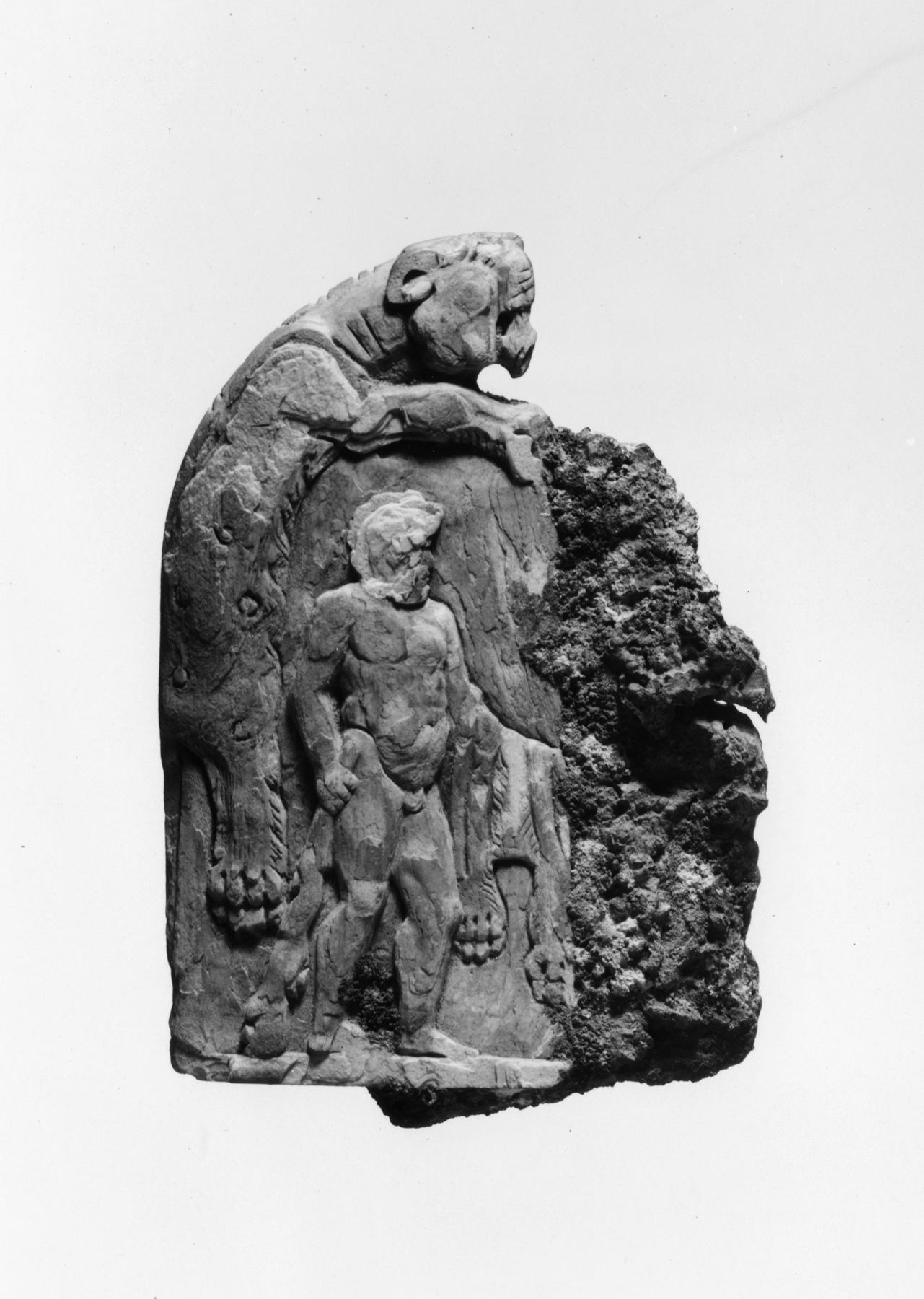 The handle of this razor (now highly corroded) is formed by the curving body of a leopard framing Hercules, with his lion skin and club. Roman men liked to identify themselves with such heroic, mythological figures, just as women had their toilet articles decorated with images of Venus, the goddess of love. This piece could also have been a "strigil," used for scraping sweat and dirt from the skin after exercise or a steam bath.