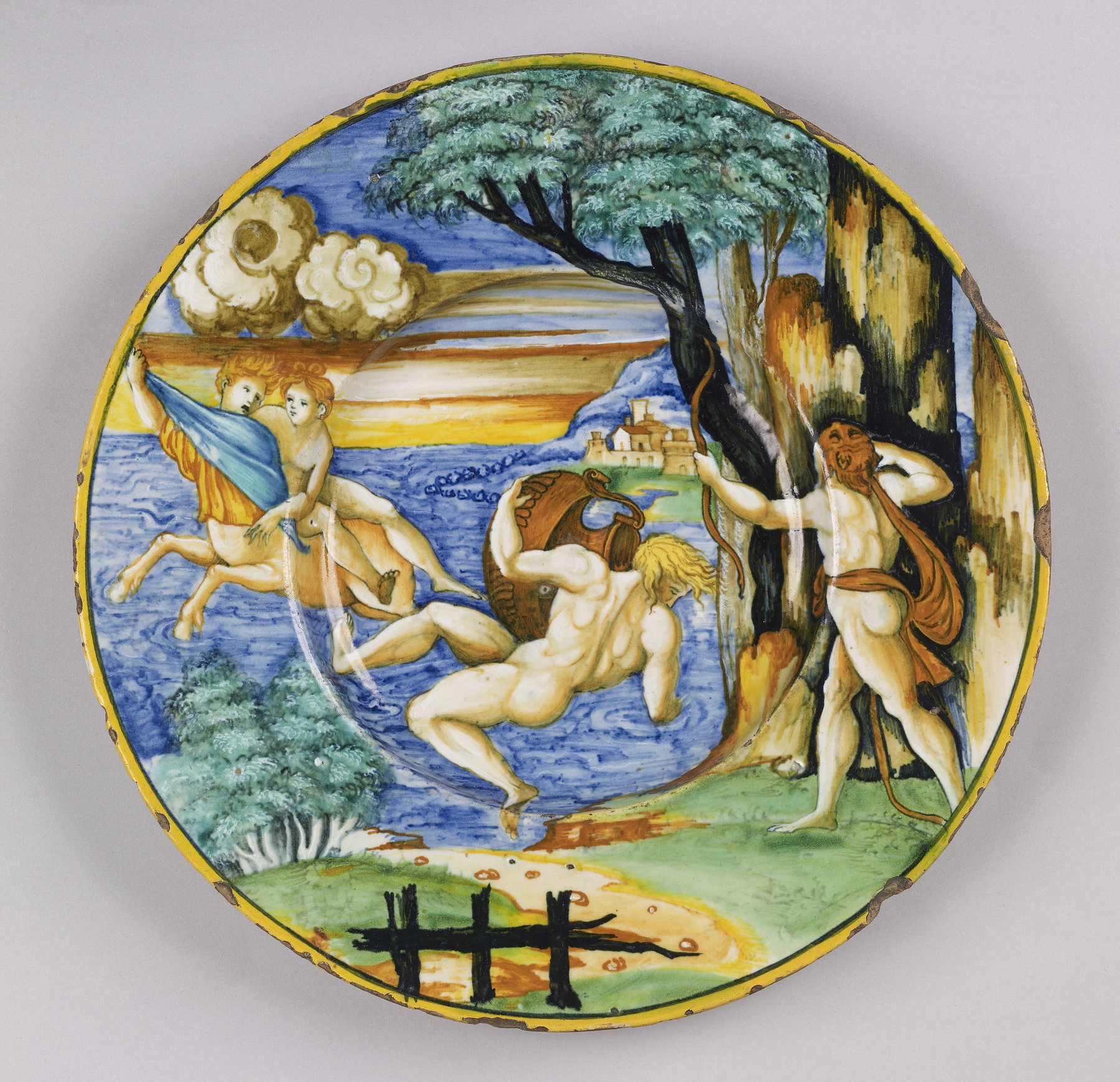 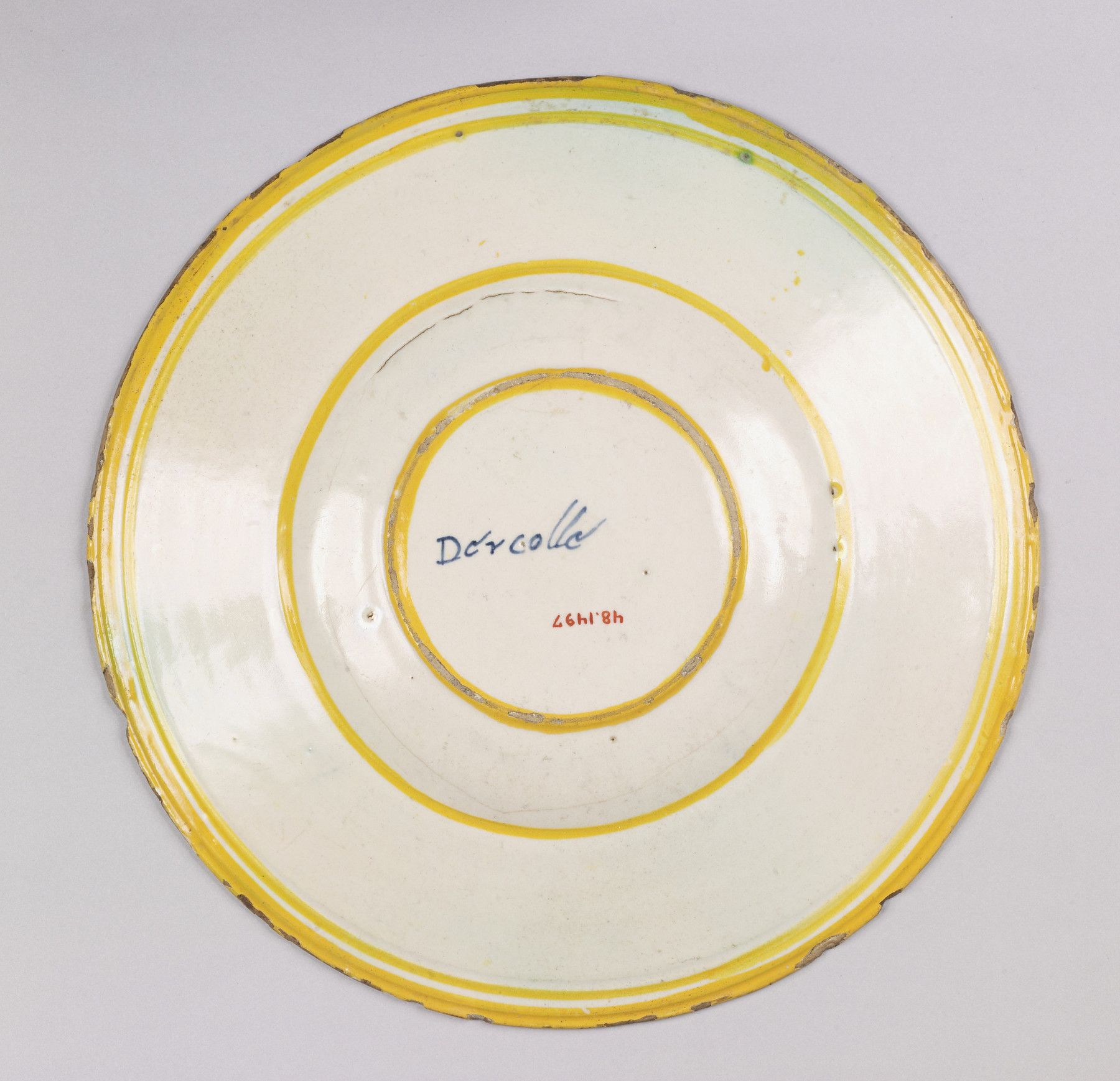 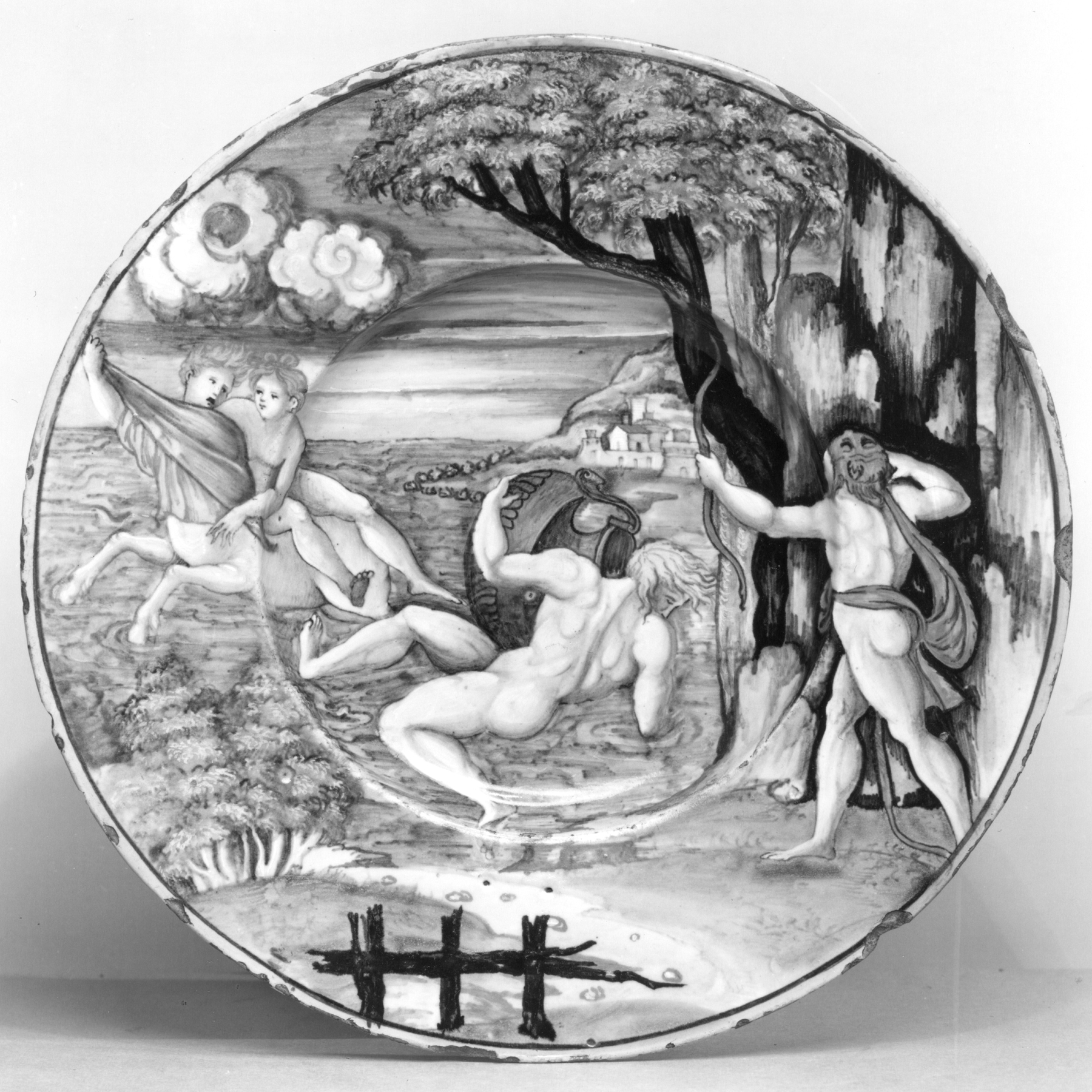 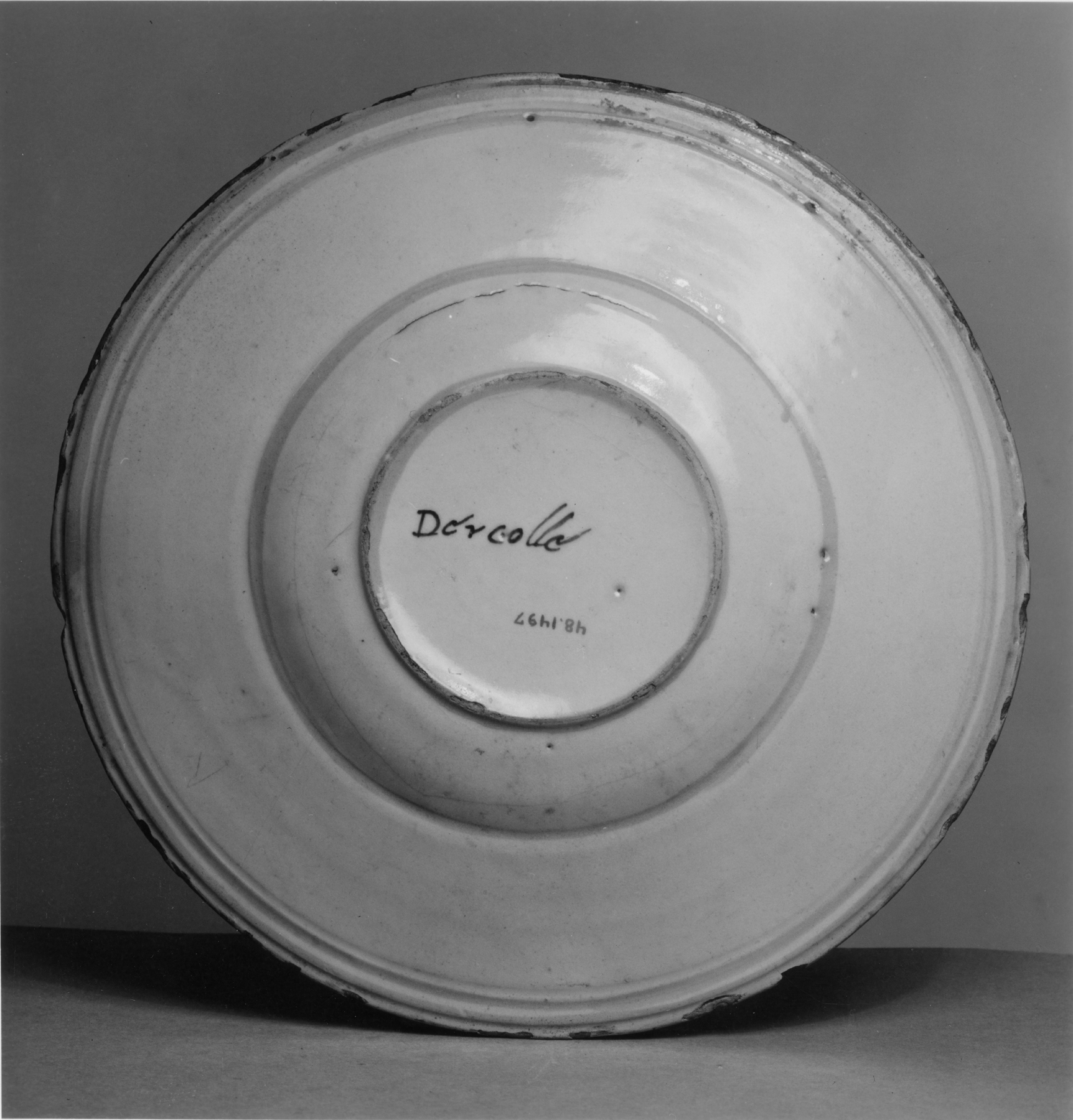 Plate with Hercules, Nessus, and Deianira

The composition featured on this plate originates from the Roman poet Ovid’s (43 BCE—17 AD) Metamorphoses (8 CE, Book 9: 101-133), in which the demi-god Hercules shoots the centaur Nessus with an arrow, preventing him from abducting his wife Deianeria. On the right, Hercules points his arrow at Nessus, who is carrying Deianeria away on his back. At the center of the scene, a river god , holding an urn symbolizing the flow of rivers, appears to lie on top of the water. The plate’s classical subject is characteristic of “istoriato” (tells a story), a style that represented tales from Classical literature or the Bible, and often adopted compositions from contemporary paintings and engravings. The scene was loosely adapted from an engraving by Giovanni Jacopo Caraglio (1500/1505-1565), after a painting by Rosso Fiorentino (1495-1540) but the painter probably did not actually read the story and his rendering is confused. The centaur Nessus was a ferryman and when carrying Deianeria across a river (symbolized by a river god) tried to molest her. Hercules shot him. With his dying breath he urged deineria to take his blood-soaked shirt as a love talisman to give to Hercules. When she later gave it to her husband Hercules it turned out to be poisoned, so Nessus had his revenge. That story of revenge is what the viewer in the 1530s would think about!

The plate was made in the workshop of Guido Durantino, a principal figure in Urbino’s maiolica industry. The front of the plate is painted in blue, turquoise-blue, copper-green, yellow, ochre, tan, brown, black, and opaque white. The back is stained with green and includes three concentric yellow circles, as well as two raised circles at the rim; in the center, in blue, “Dercolle”(Hercules) is inscribed. For more by the workshop of Guido Durantino, click on the name in the creator field; for more information on “istoriato” imagery, see 48.1487; for “maiolica” in general, see 48.1336

n a story from classical mythology, the centaur Nessus is shown abducting Deianira, wife of the demigod Hercules. He gallops across a river, represented by a nude river god. At the right is Hercules, who is about to shoot Nessus with his bow, unwittingly setting his own death in motion. The composition is based on a painting by Rosso Fiorentino (1494–1540) that was widely known through a contemporary engraving.

[Inscription] On back center, in blue: Dercolle