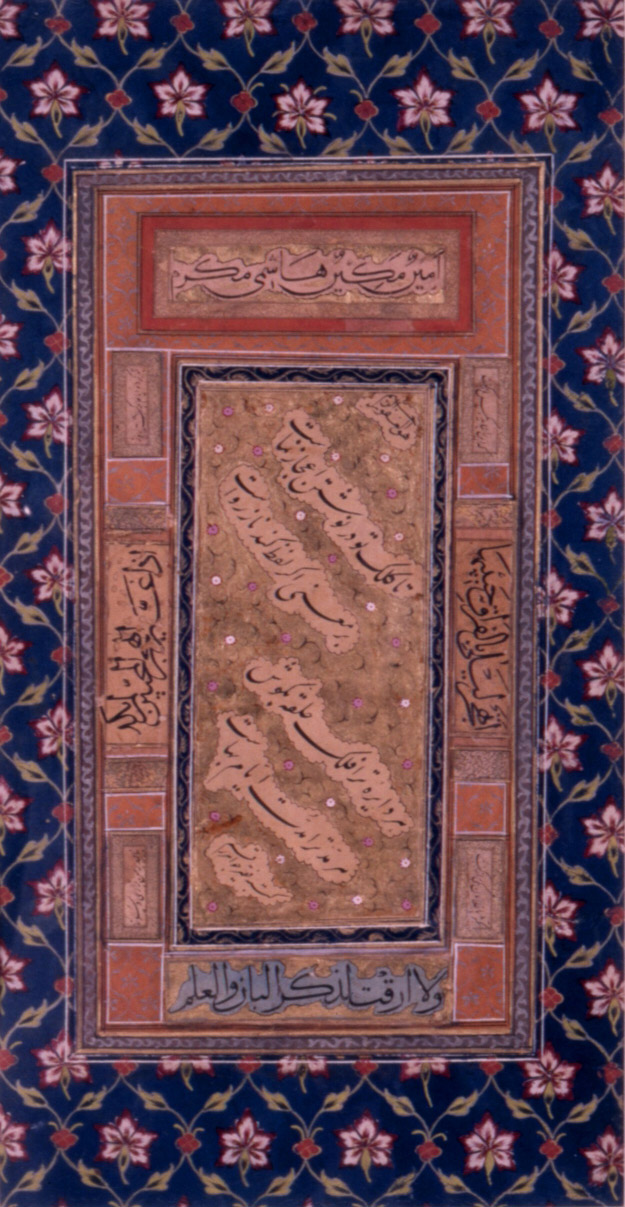 According to inscriptions written in Nasta'liq script, this painting, Walters manuscript leaf W.912, depicts the Mughal prince Dara Shikoh (born 1024 AH/AD 1615) and the holy man Shah Sarma seated under a tree. Behind the wise man stands an attendant with a peacock-feather fan. A celebrated scholar, sufi, and ruler, Dara Shikoh was the eldest son of Shah Jahan. On the back is a page of calligraphy signed with the epithet Jawahir raqam. There are wide polychrome and illuminated borders on both sides of the leaf. 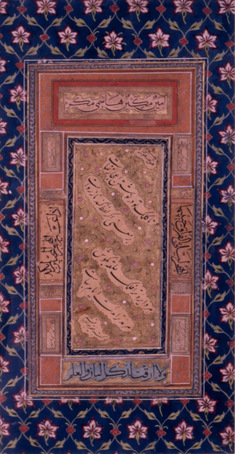