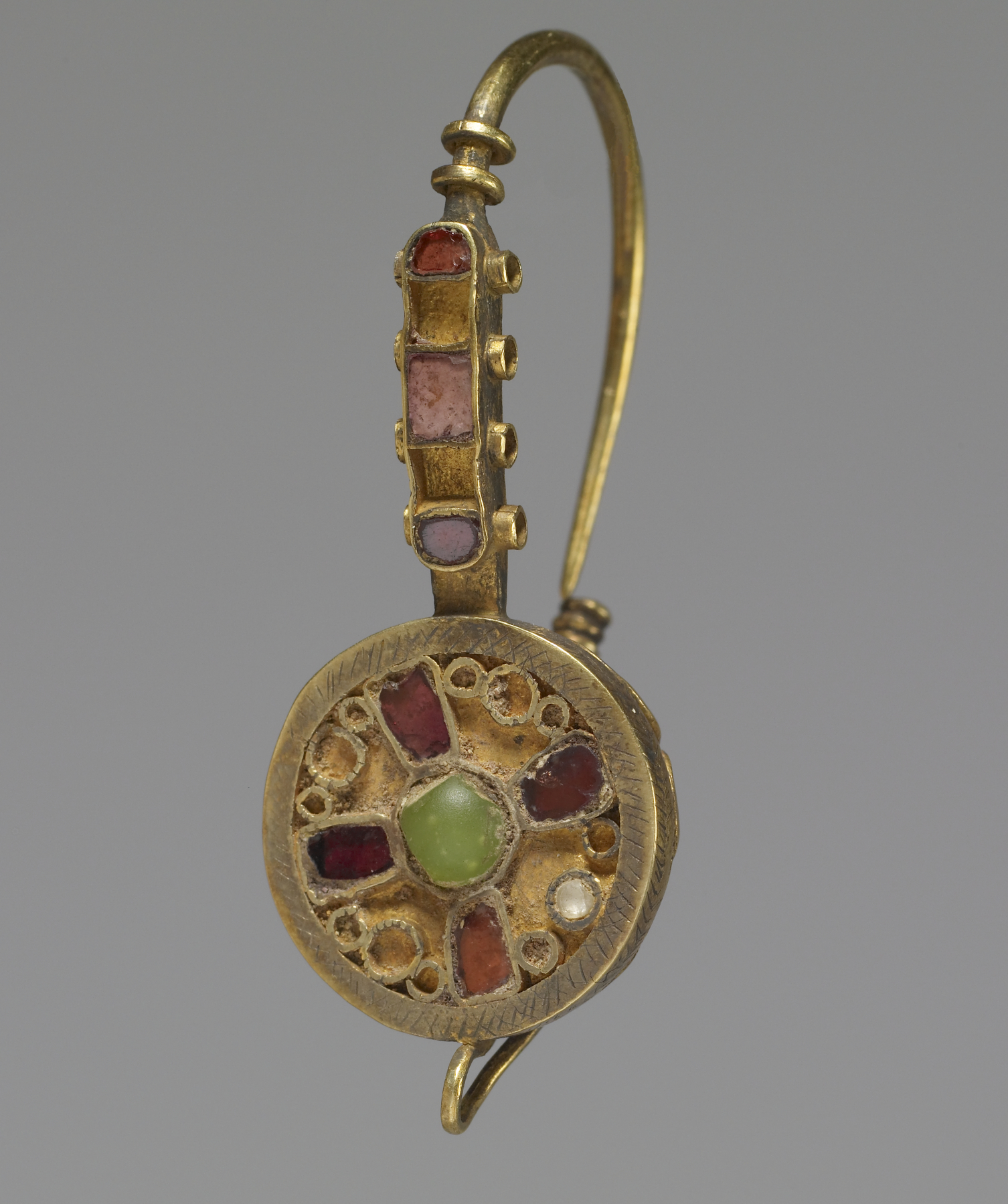 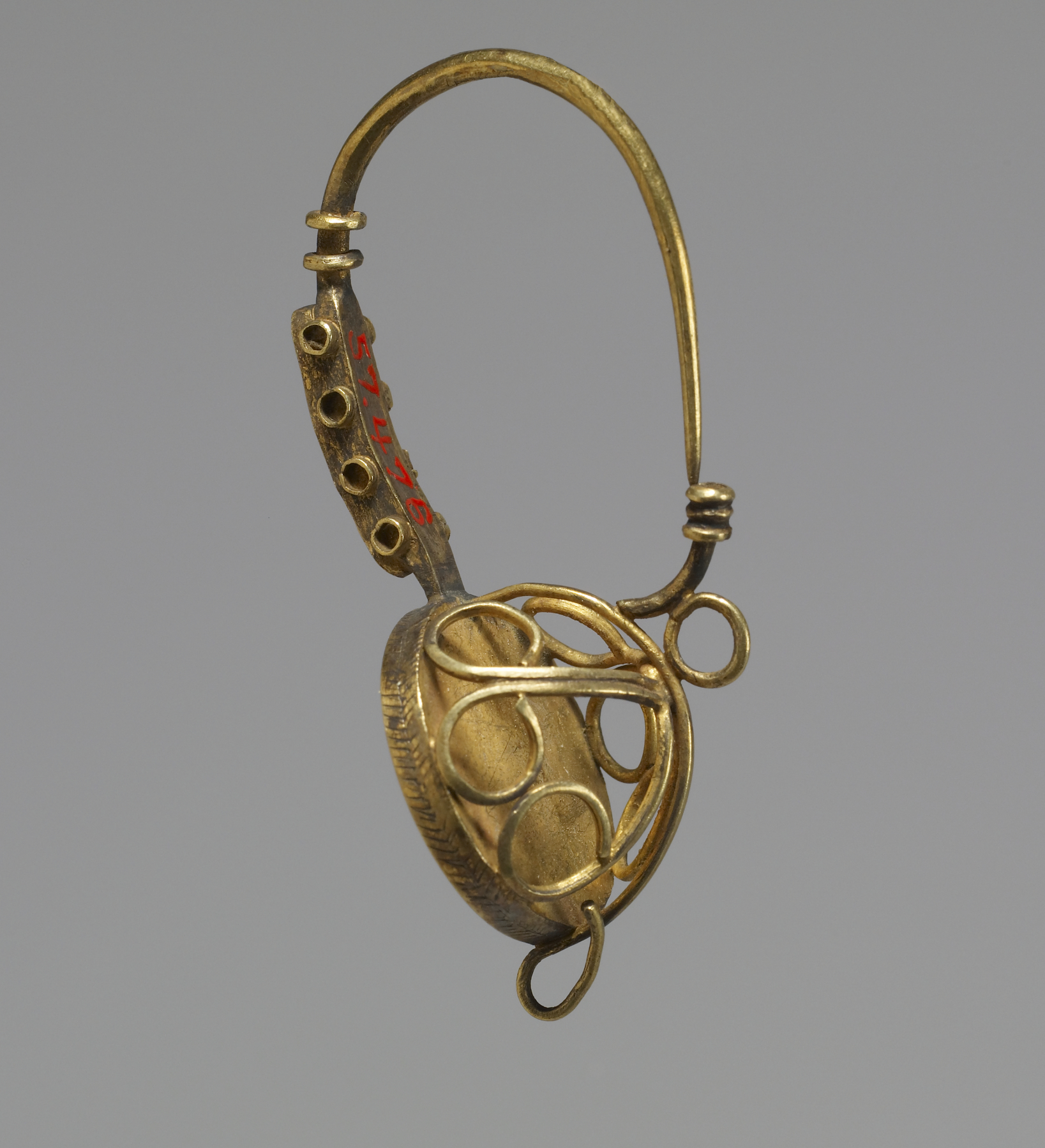 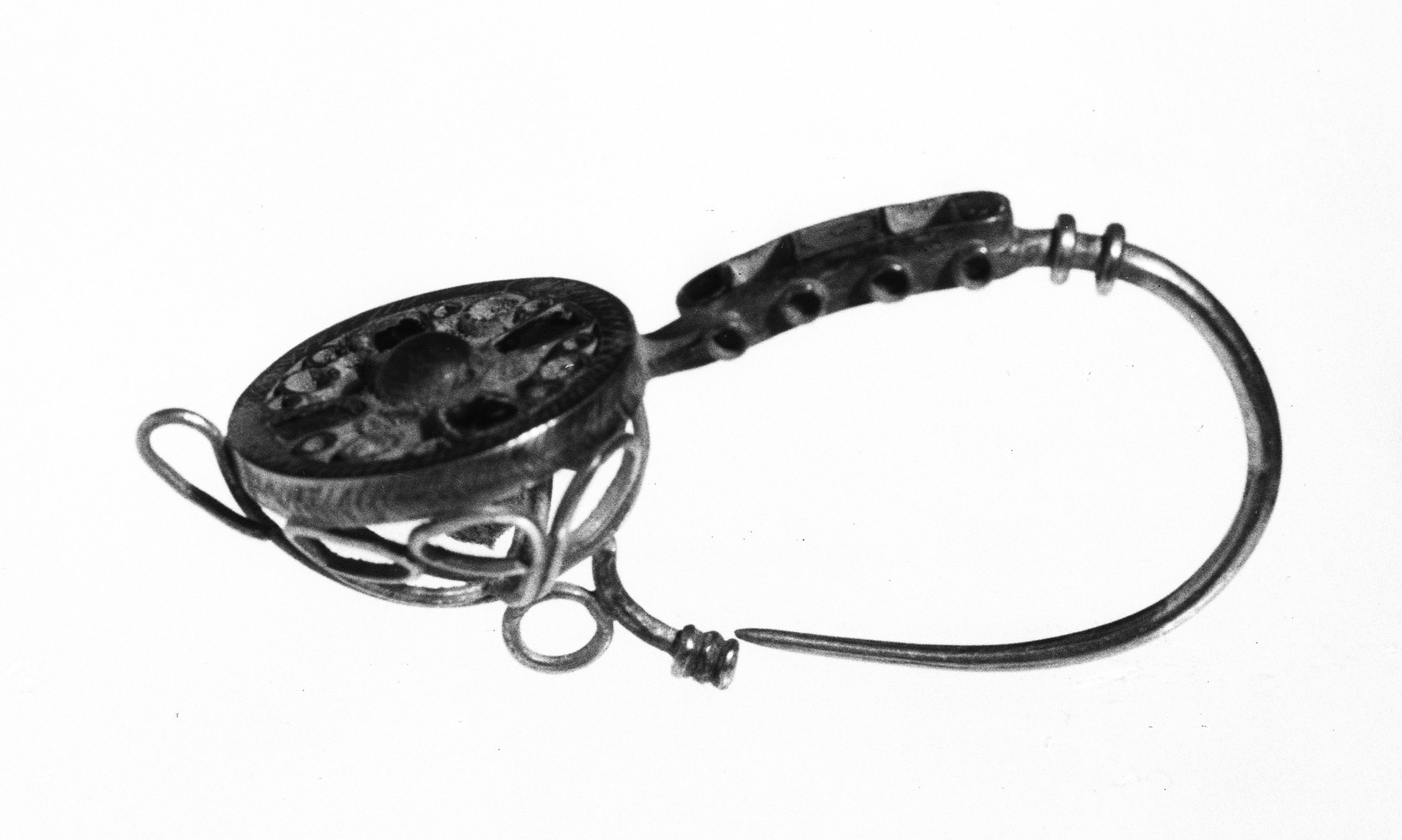 One of the most common types of Langobardic jewelry, the basket earring derives its name from the hemispherical "basket" of gold wire as in this example. The front disk of gold is inlaid with gold wire cells for four red glass or garnet inserts arranged like the arms of a cross around a central, circular cell filled with a rounded green stone or glass. A triad arrangement of one large and two small circular gold wire circlets fills the space between the garnet inlays and creates a ring around the cross. A thick, flattened lip of gold decorated with hatching and cross-hatching overlays the outer edge of the disk where it joins the basket. On the front of the hoop are a row of five cells for red glass or garnet inlays, of which three are still filled. The sides of the hoops are decorated with a row of four wire circlets. A loop attached to the base of the earring once suspended an additional pendant.