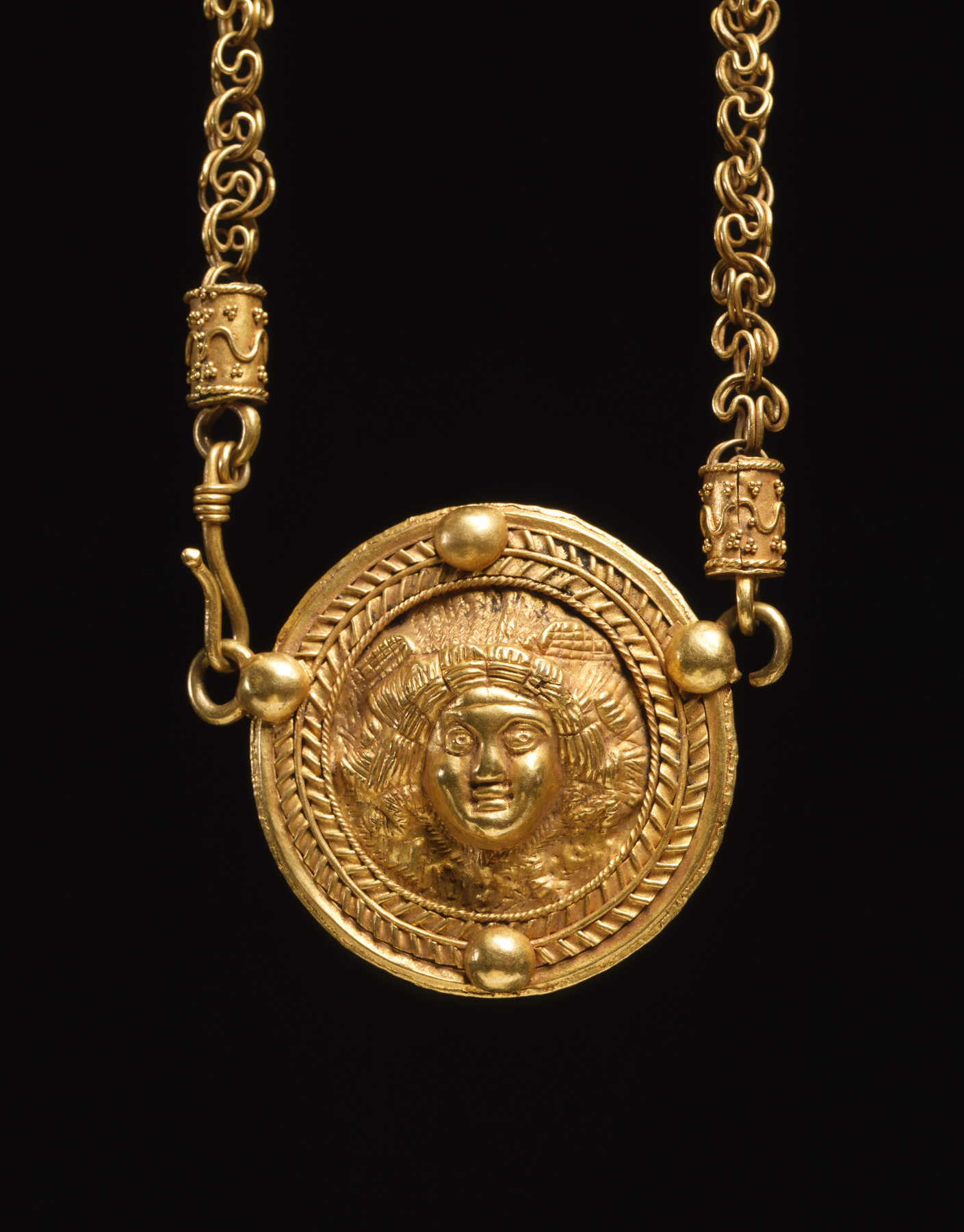 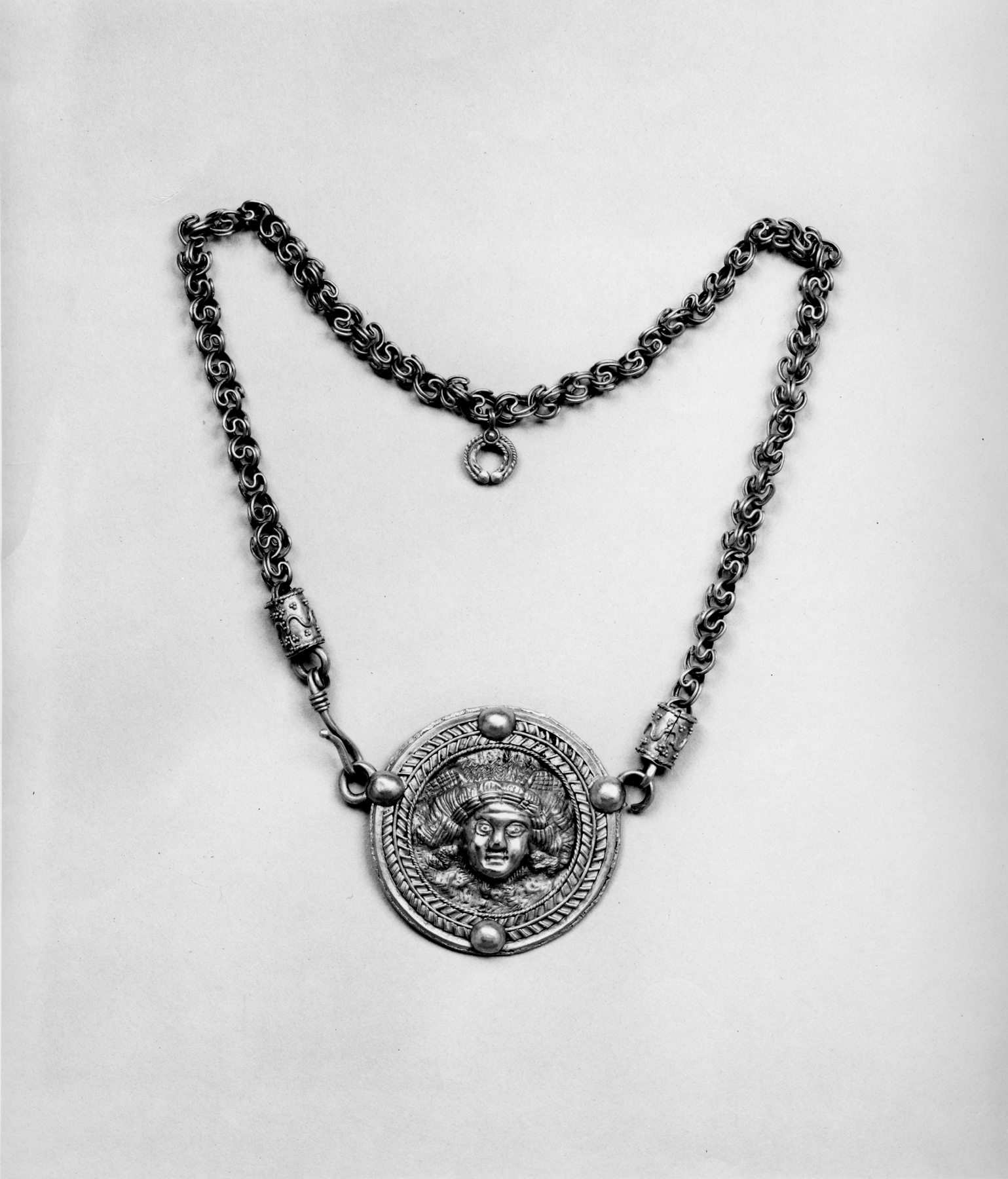 Necklaces incorporating relief medallions were fashionable in the later Roman Empire. Pendants with heads of the Gorgon Medusa, who turned those who gazed at her into stone, had an apotropaic function, averting evil from their wearers. The use of coins in men's and women's jewelry was widespread by the late empire. While primarily worn to display the owner's wealth, the coins themselves were still valuable as bullion and could be used in the event the owner fell upon hard times.