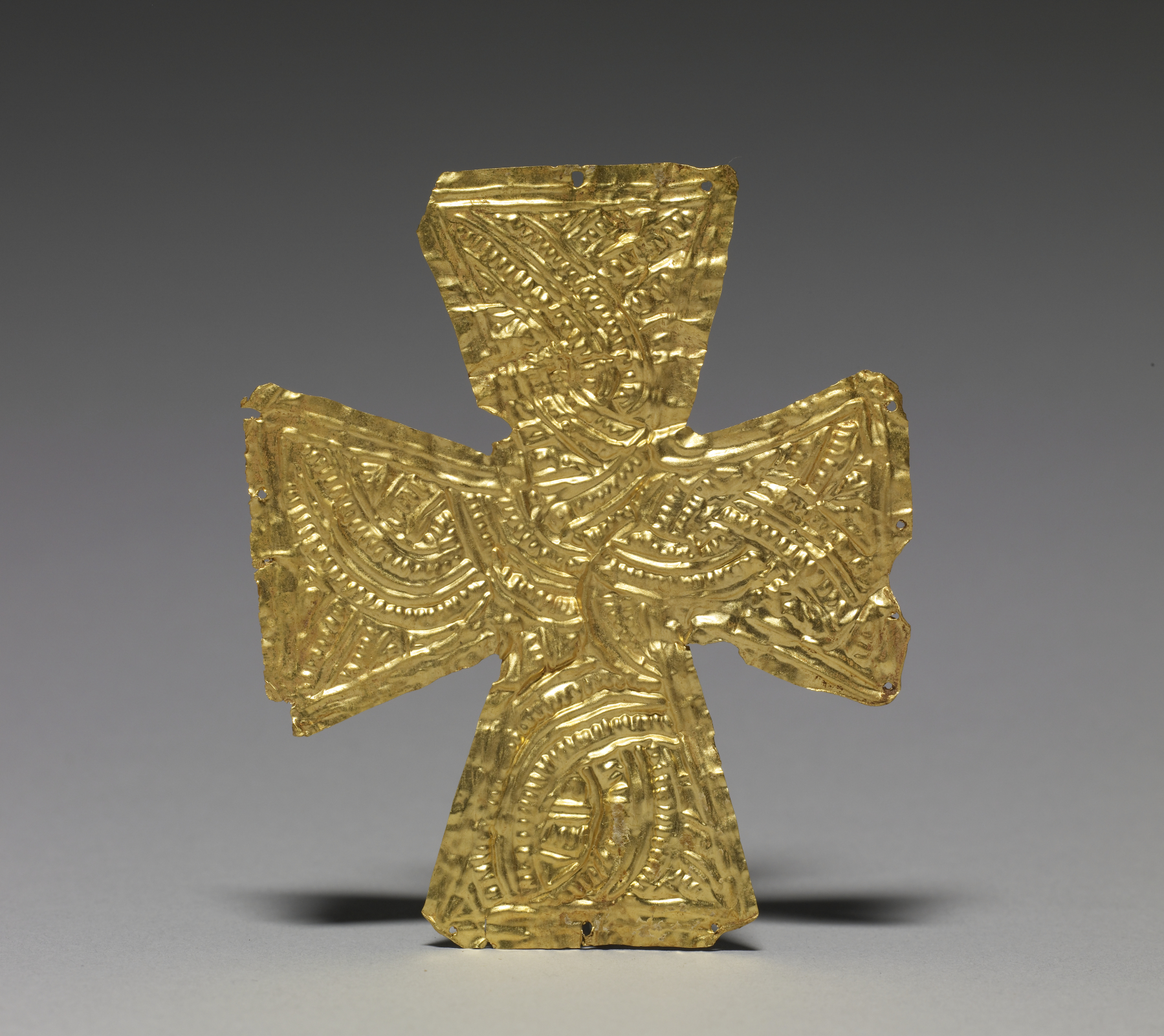 Crosses cut from thin sheet gold are common finds from Langobardic graves in Italy. The three examples in the Walters collection (nos. 57.1771, 57.1772, and 57.1773) are said to have come from the same cemetery. Christianity was established among the Langobards by the 7th century. While the decoration on the gold crosses varies, the shape of the equal-armed (Greek) cross was preferred. Such crosses have been found primarily in burials of wealthy men, women and children. They are believed to have been used only for funerary purposes, the cross being sewn to the burial shroud.