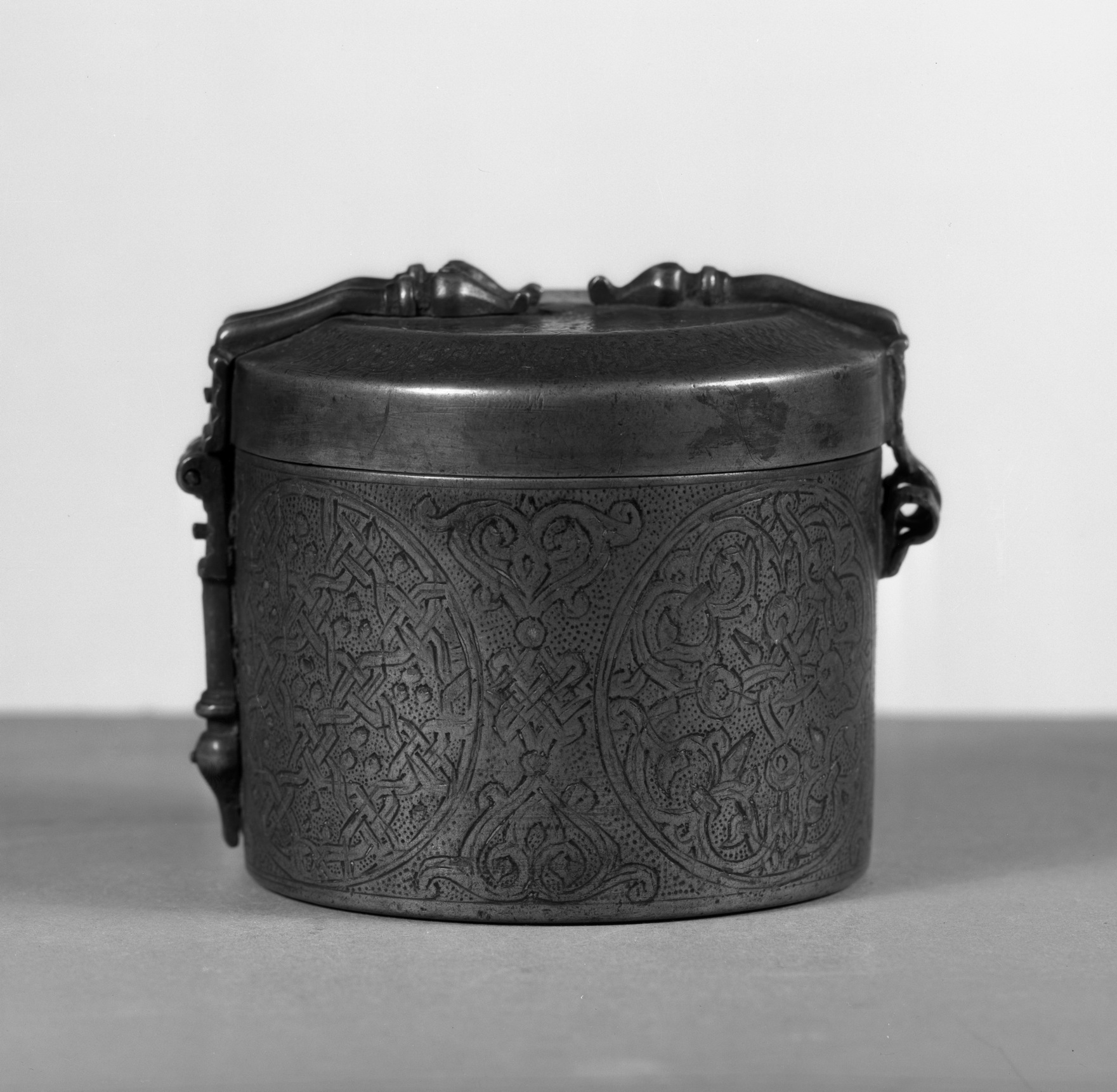 The interlace decoration on this unique box resembles that of several painted ivory pyxes produced in Sicily between about 1140 and 1220. Although made for Christian liturgical use, the piece is ornamented in an Islamic style and has an illegible Arabic inscription on the lid. Sicily fell under Arab rule in 902, and many Islamic craftsmen continued to work there after the Norman conquest of 1072. Following a rebellion in 1221, most Sicilian Muslims were expelled to North Africa.