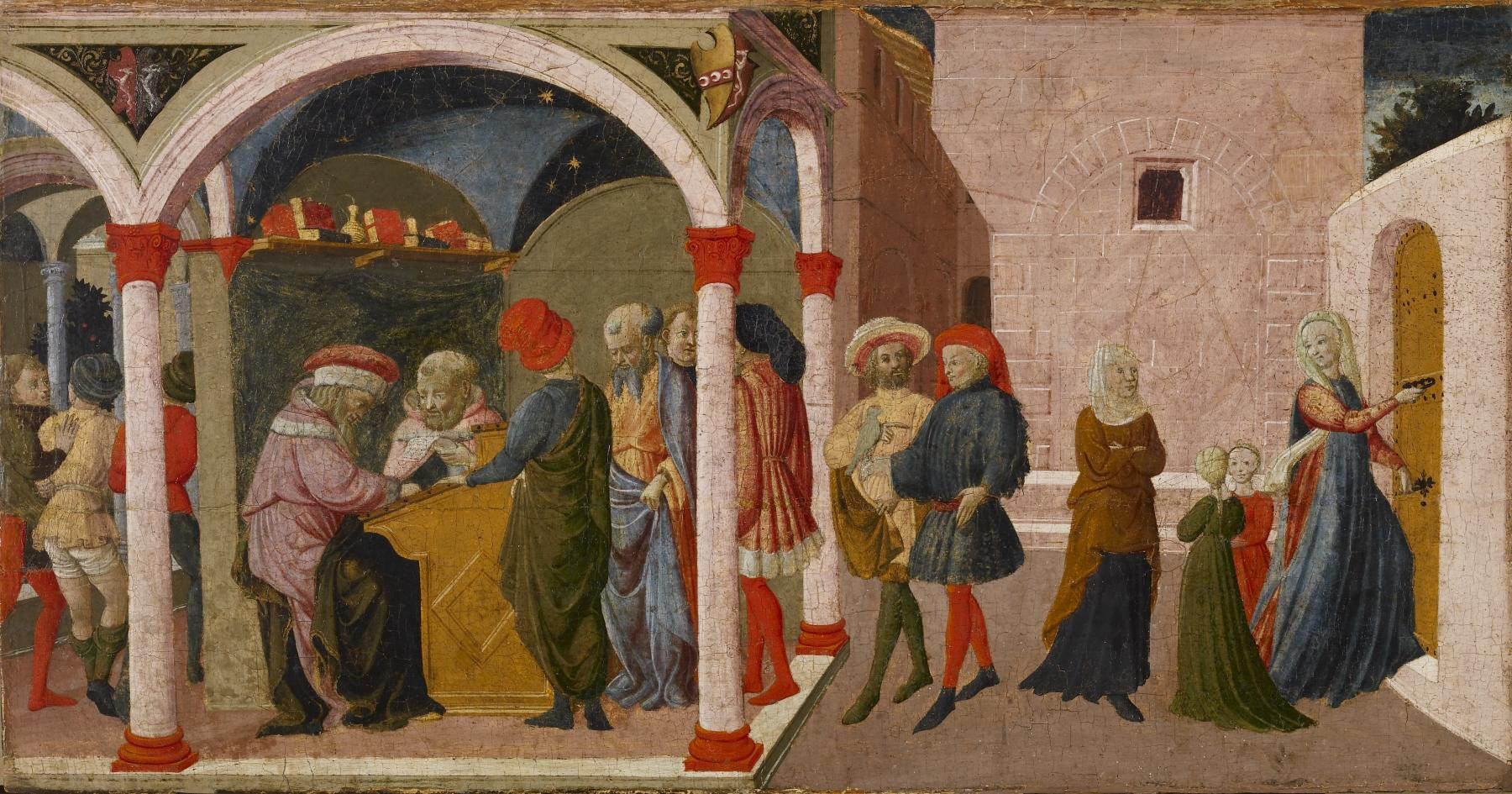 Episodes from the Story of Susanna

Renaissance artists often represented ancient stories as if taking place during their own time period, a way to make their messages more relatable to contemporary viewers. Though set in an Italian Renaissance city and with figures dressed in mid-15th-century Florentine fashion, this composition depicts scenes from the story of the biblical figure Susanna. As told in the Old Testament Book of Daniel, Susanna was a young Babylonian woman who was accosted by two community elders while bathing in her private garden. After rejecting their advances, the elders accused Susanna of adultery and she was sentenced to death. Through the just intervention of the young noble Daniel, however, Susanna was proven innocent and her virtue preserved. This panel depicts the first episodes of the story: at the left, the two elders are seated behind a desk performing their duties as judges, while at the right, Susanna (wearing a blue dress) enters her garden.

Now cut along the right side, the panel originally continued to show the elders assaulting Susanna (now at Zimmerli Museum of Rutgers University, New Brunswick, N.J.) and her subsequent arrest (now at the Museo di Capodimonte, Naples). A companion panel depicting Susanna’s acquittal and the elders’ execution is now at the Musée du Petit Palais in Avignon, France. Both panels were once inserted into the fronts of a piece of domestic furniture known as a “cassone,” a large chest typically commissioned for newly married brides, for their trouseau. Cassoni were frequently painted on their fronts and sides with stories from ancient history, classical mythology, or the Bible. Especially common were stories with moralizing themes that could serve as exemplars for the new bride. The story of Susanna, for instance, was viewed a model example of chastity and the application of good and fair judgment.