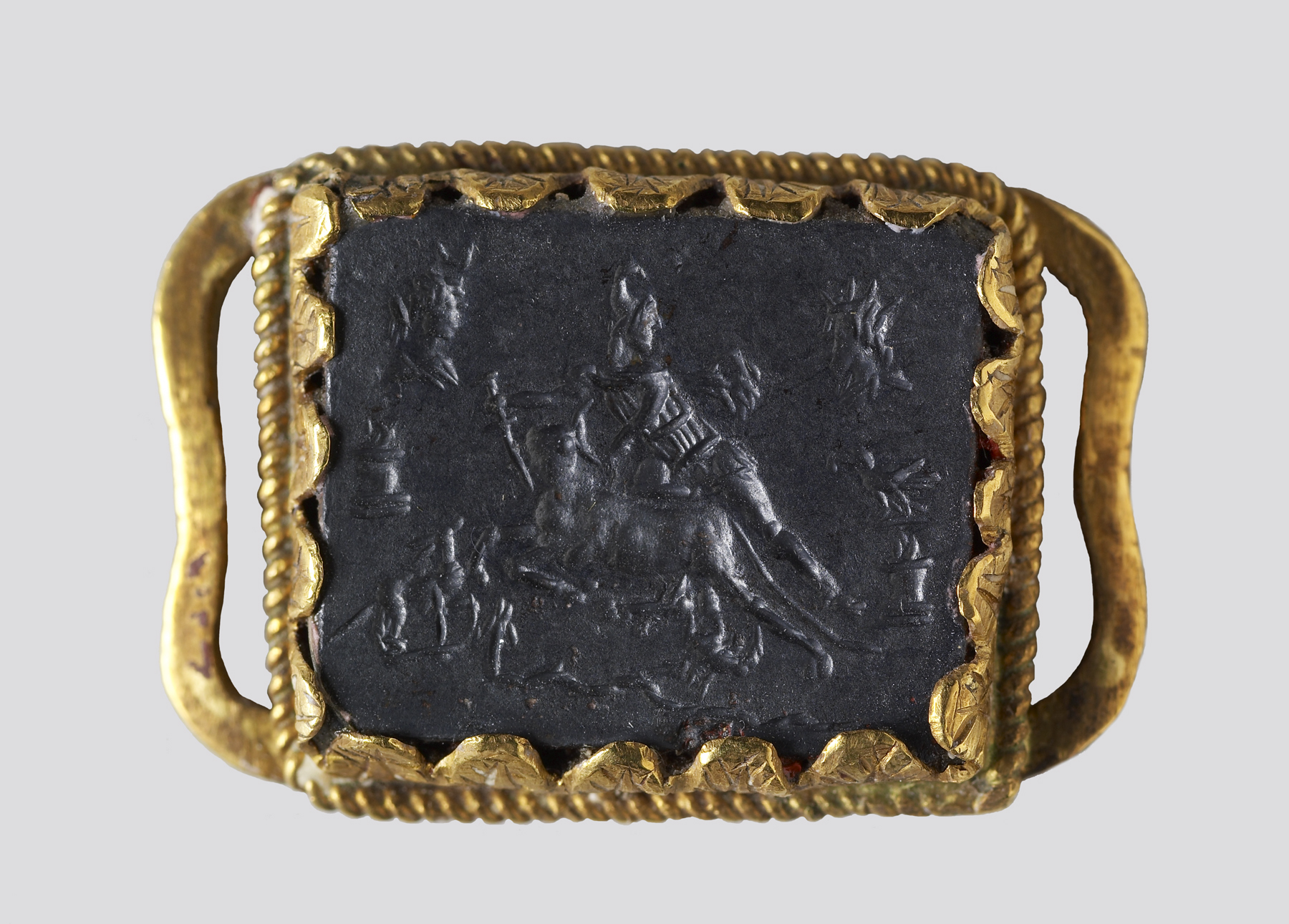 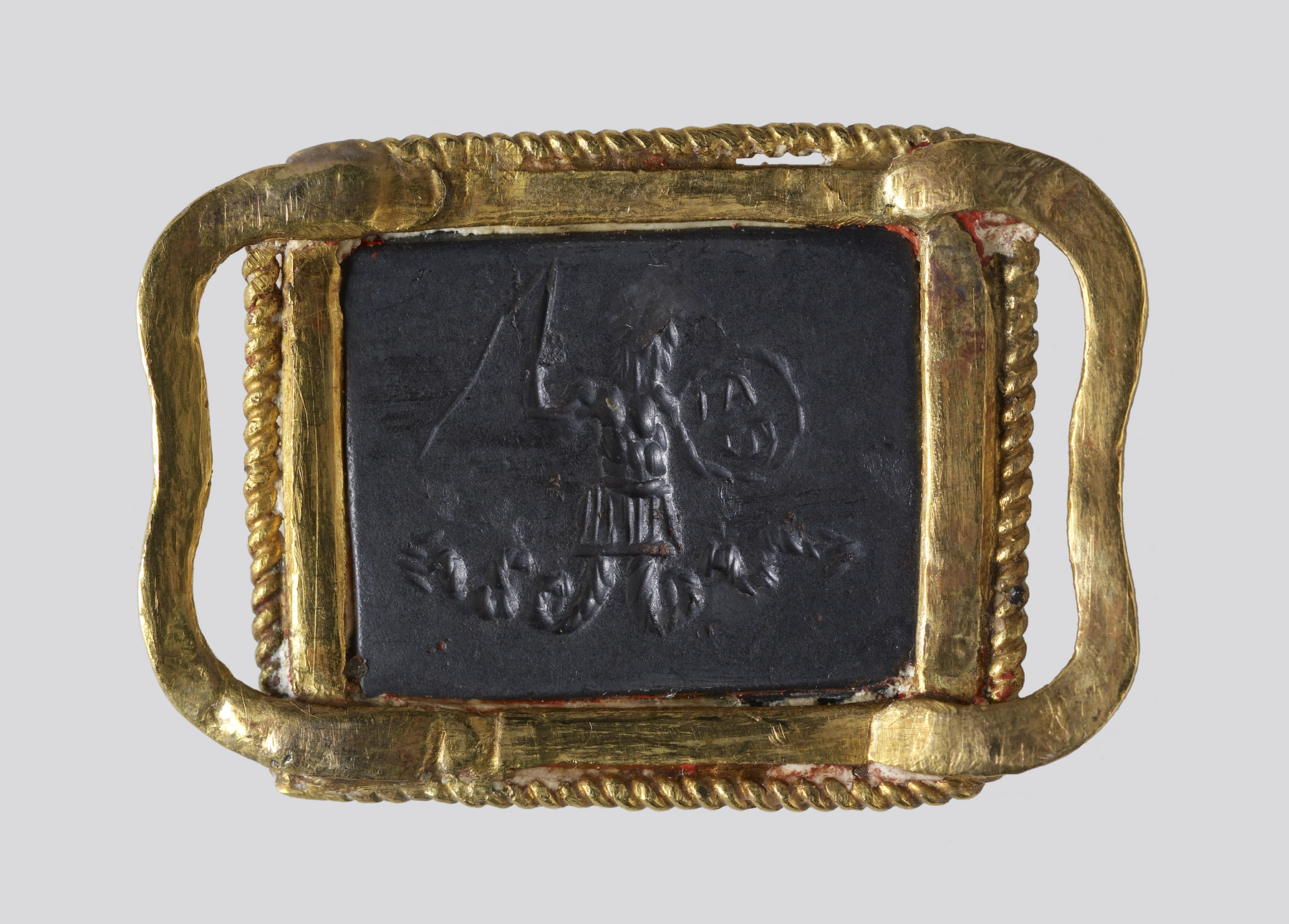 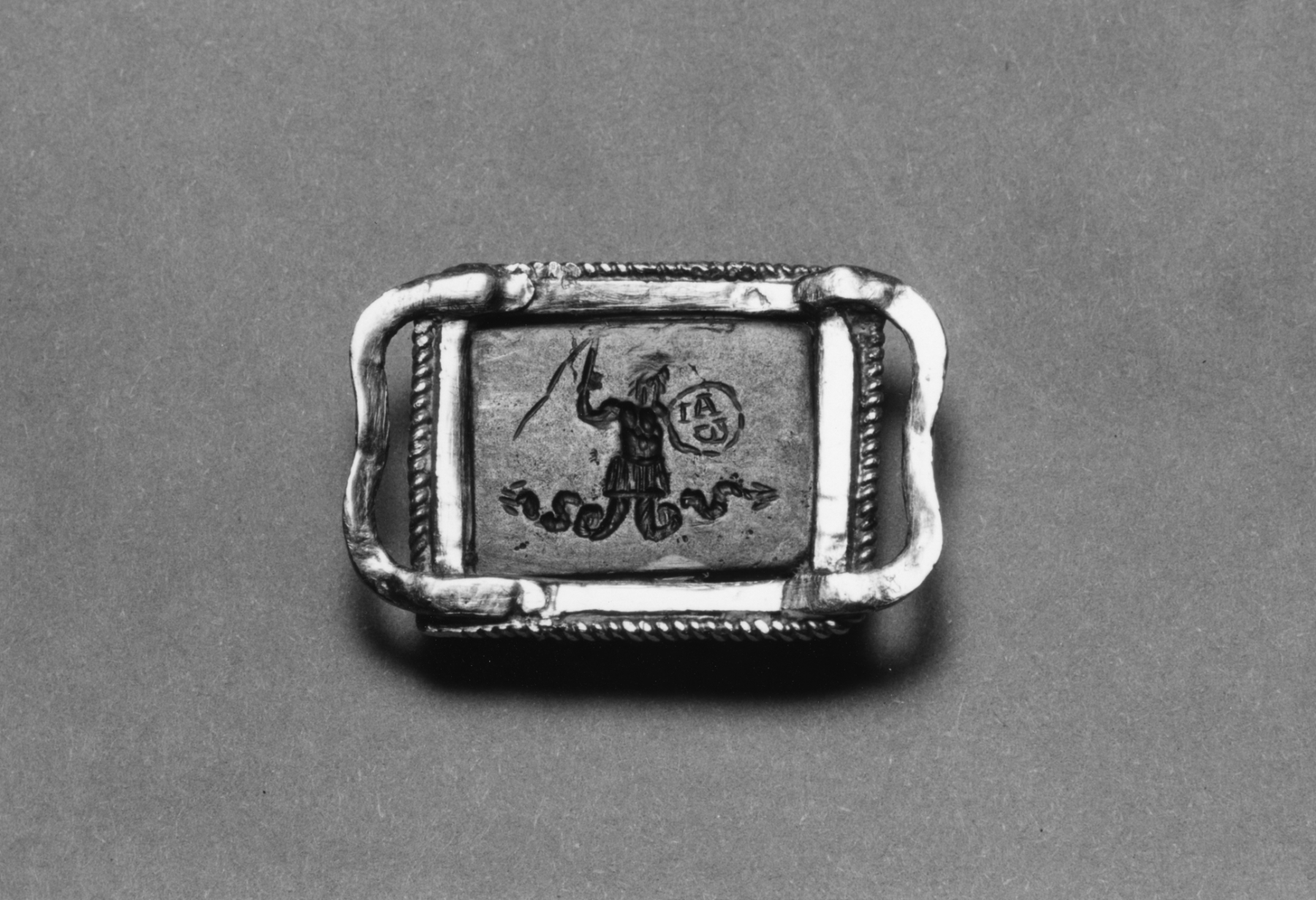 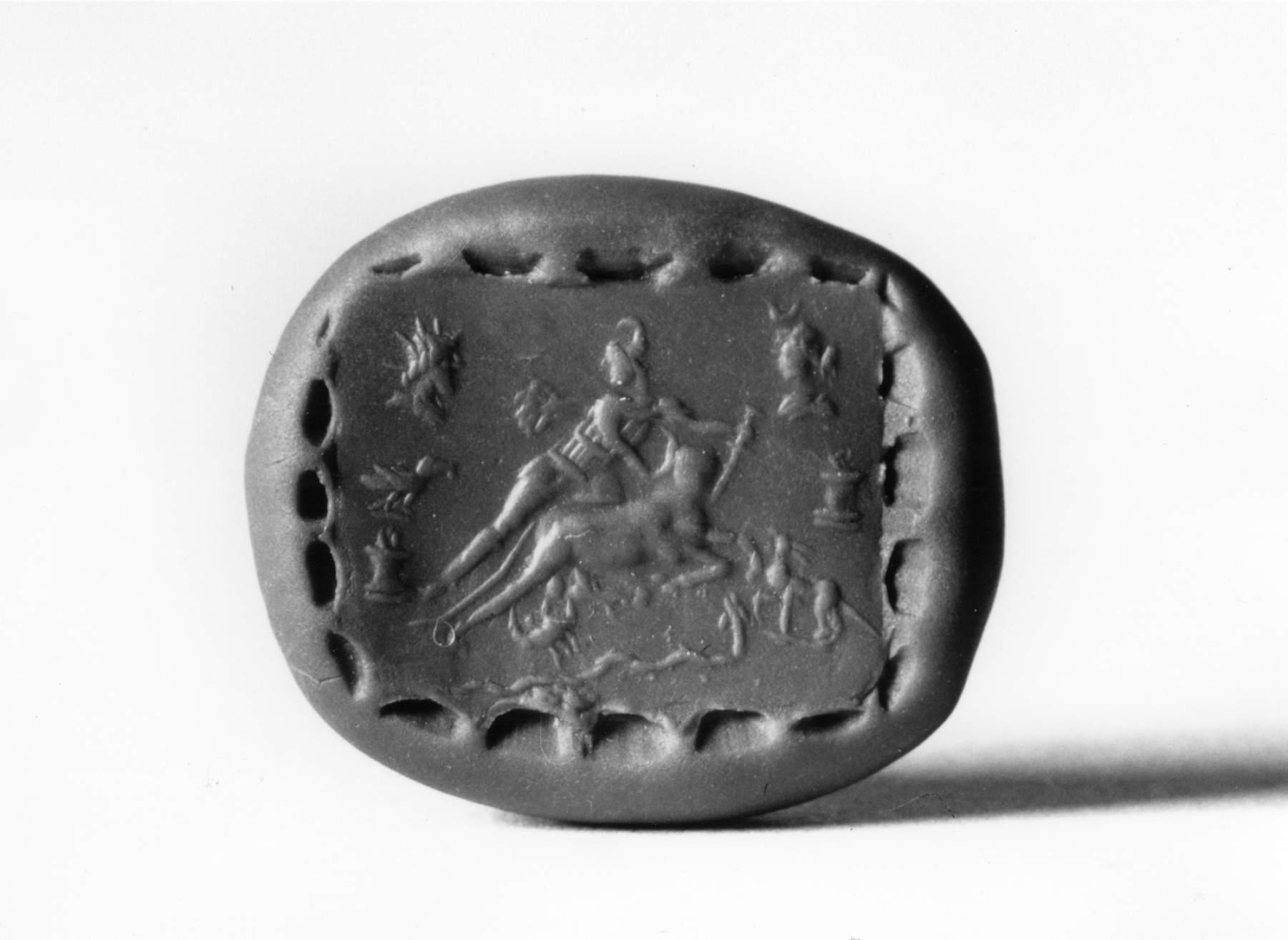 One side of this intaglio bears a depiction of the god Abraxas, a rooster-headed and snake-tailed Gnostic deity. He holds a whip in his right hand and a shield with “ΙΑΩ” inscribed on it in his left. On the other side of the gem is Mithras, the Persian god of light, dressed in Phrygian clothing. He looks away as he slaughters the bull with a dagger held in his right hand. In the field to the right is a radiate head, identifiable as the sun god Sol, and to the left is the head of woman with a crescent, identifiable as the moon goddess Luna. There is an altar on each side, and one of which has a raven on it. Below are a snake, scorpion, and dog.
Mithraism, a Roman mystery religion, was restricted to men and was especially popular with soldiers in Rome and on the northern frontier during the second and third centuries. According to the Persian myth, the sun god sent his messenger, the raven, to Mithras and ordered him to sacrifice the primeval white bull. At the moment of its death, the bull became the moon, and the sacrifice led to the first ears of grain and all the other creatures of earth. This scene of sacrifice, central to Roman Mithraism, is called the Tauroctony.