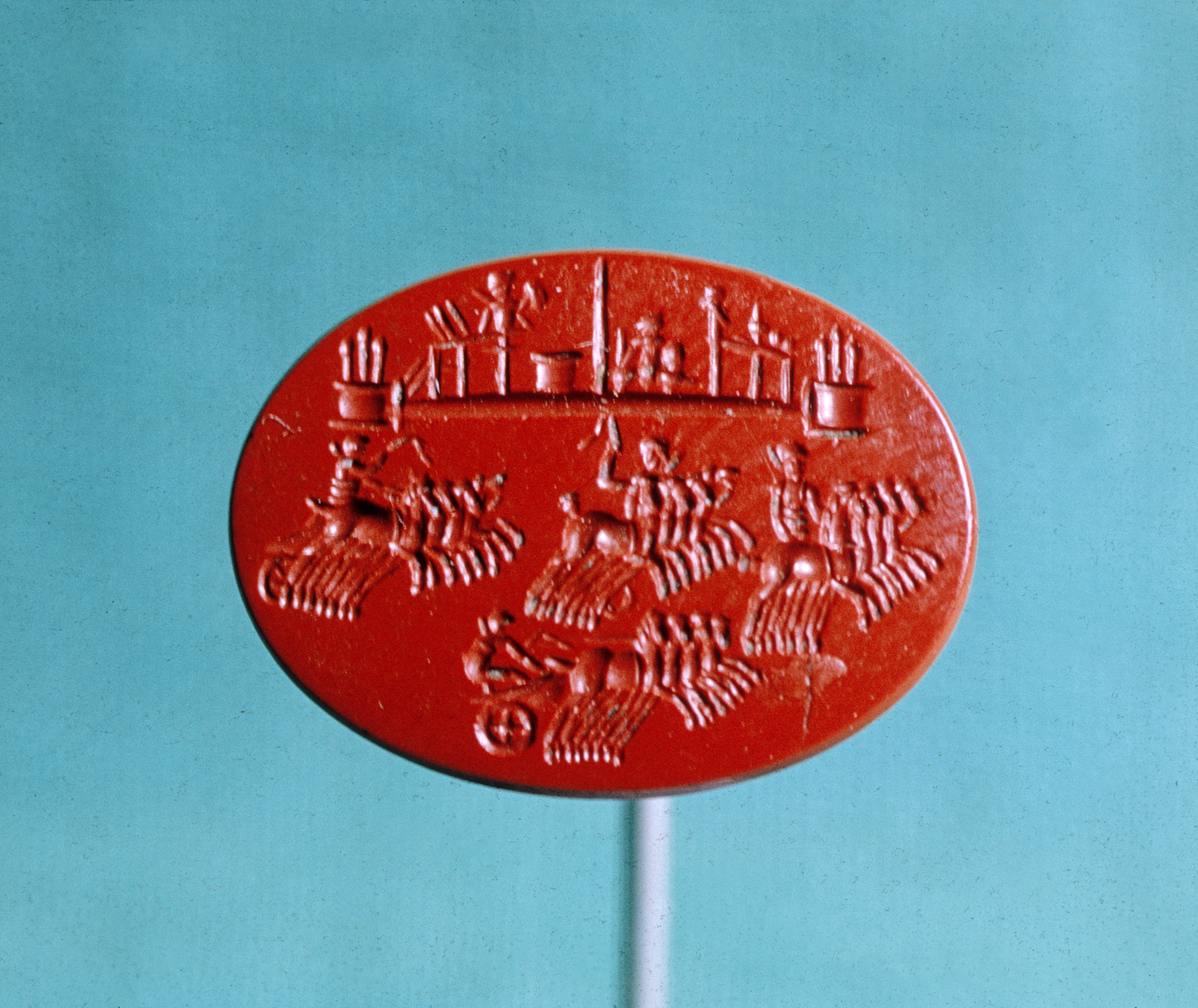 Intaglio with a Circus and Chariot Race

This intaglio depicts a chariot race held at a circus. Four quadrigae (four-horse chariots) are shown in profile to the right with the spina (the barrier in the middle of the circus) shown in the background.