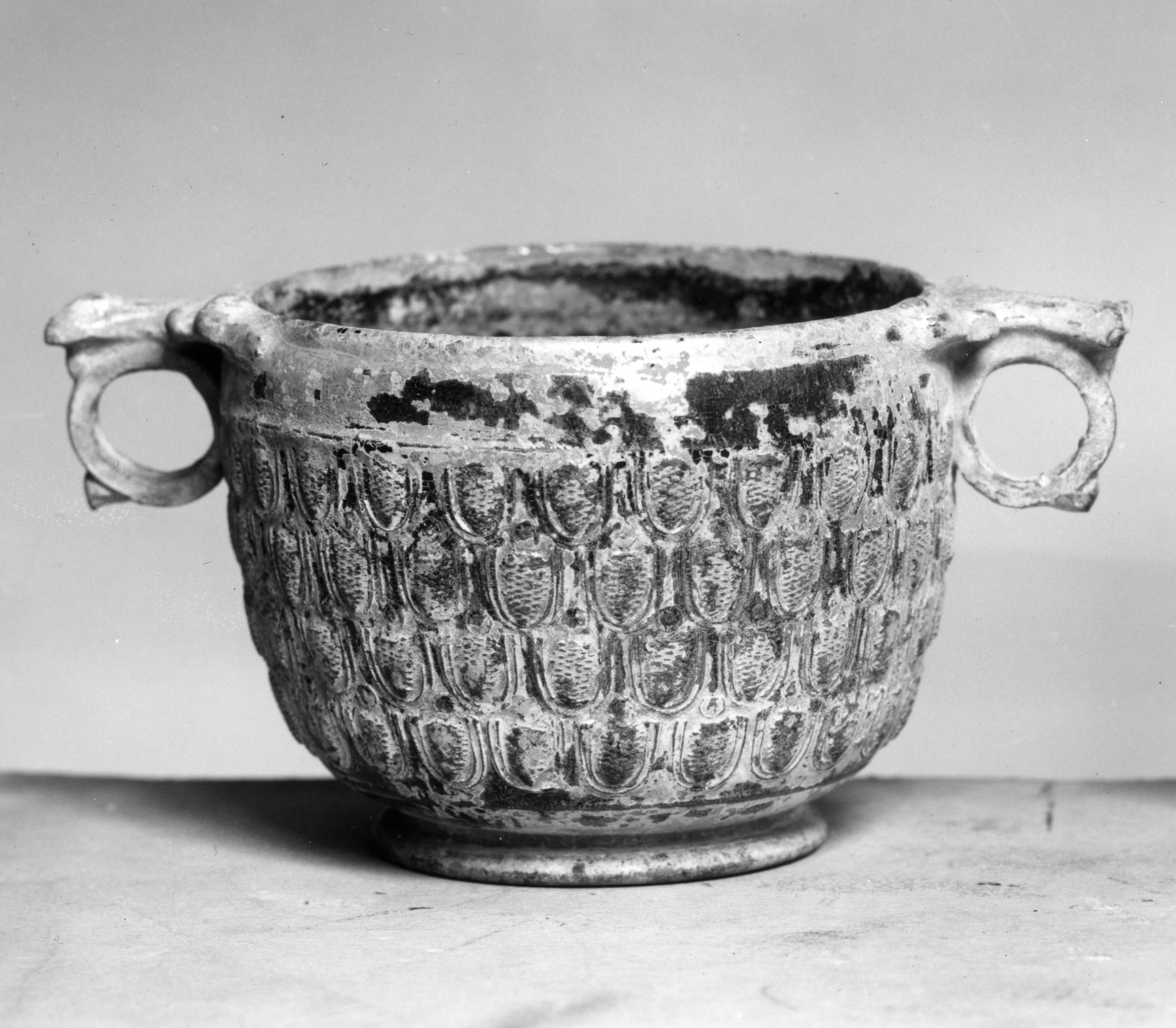 Skyphos with Pinecone-Pattern Decoration in Relief

The decorative register of this skyphos is completely covered by four patterned rows in relief, with small pinecones surrounded by an arch-shape with a double border; concentric circles with a raised central point are placed in a line above the second, third, and fourth rows. The two ring handles are intact, as are the volute-shaped thumb plates above them. The slightly iridescent olive green glaze is partially obscured by brown accretions on the exterior, while the interior of the vessel is bright yellow and intact. The vessel has a low ring foot.

The form and decoration of lead-glazed, mold-made vessels of the late Hellenistic to early Roman period may have been influenced by vessels made of metal, glass, and other ceramic relief wares. Sometimes linked to a type of ceramic vessel named in the Roman period “Rhosian ware” (rhosica vasa), the lead-glazed pottery vessels were made mostly in Tarsos, on the southeastern coast of Turkey, and elsewhere in Asia Minor, with the technology spreading to workshops in the Italian peninsula as well.

Dikran Kelekian, Paris and New York, [date and mode of acquisition unknown] [as from "near Aleppo"]; Henry Walters, Baltimore, by purchase, 1914; Walters Art Museum, 1931, by bequest.