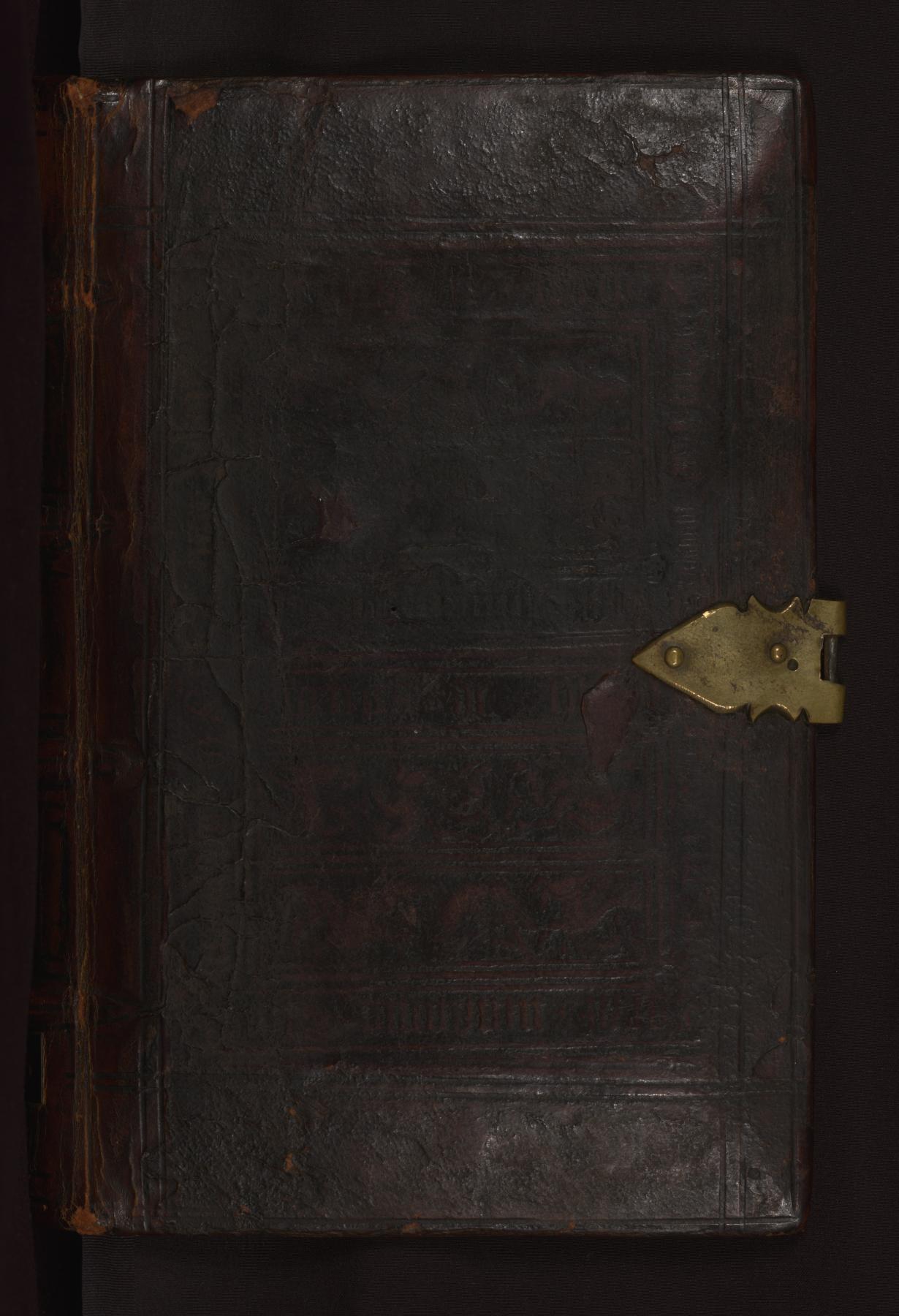 This mid-fifteenth-century illuminated Book of Hours is written entirely in Dutch on fine parchment, and is remarkable for its eighteen grisaille miniatures. The technique, wherein the figures are modeled primarily in a gray wash, became a favorite in the Netherlands, and the hand behind the paintings in this manuscript has been identified with a group of artists known as the "Masters of the Delft Grisailles." This manuscript has been grouped with more than a dozen related works, including New York PML M. 349, London, Victoria and Albert Geo. Reid Ms. 32, Leiden B.P.L. 224, Brussels, BR 21696, Antwerp, Plantin Moretus Ms. 49, and The Hague K.B. Ms. 74 G 35. The manuscript is comprised of 152 folios and is almost completely intact, lacking only two miniatures, and retains its original brown leather binding decorated with mythological beasts and a now illegible inscription. The calendar is for the use of Utrecht, which helps localize its original ownership, as might a mostly erased ownership inscription that has been partially recovered. Good impressions of two circular pilgrim badges, now removed, are visible on fol. 112v. 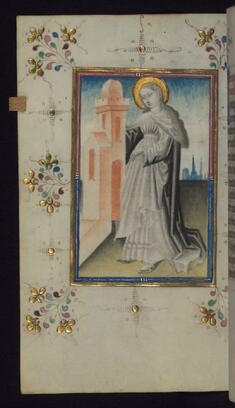 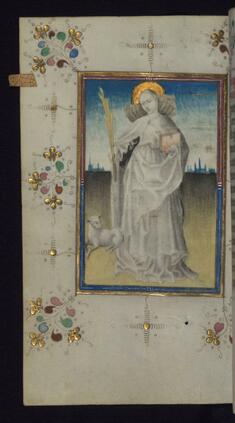 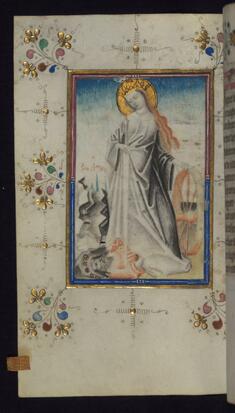 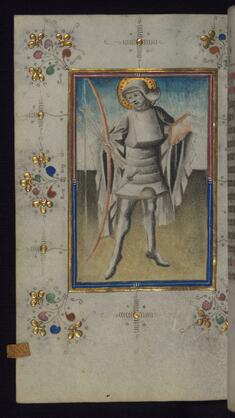 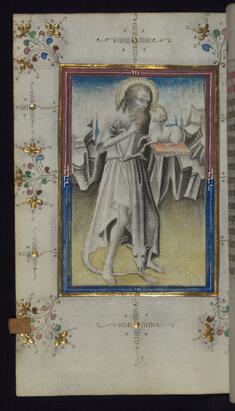 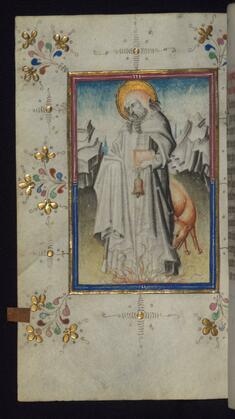 Holy Cross with the Symbols of the Four Evangelists 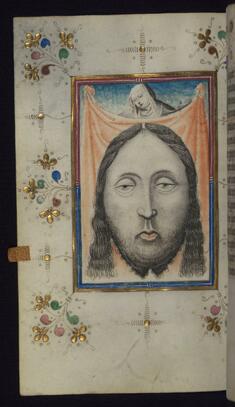 Veronica with the Sudarium 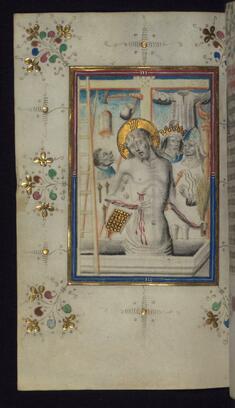 Deposition from the Cross