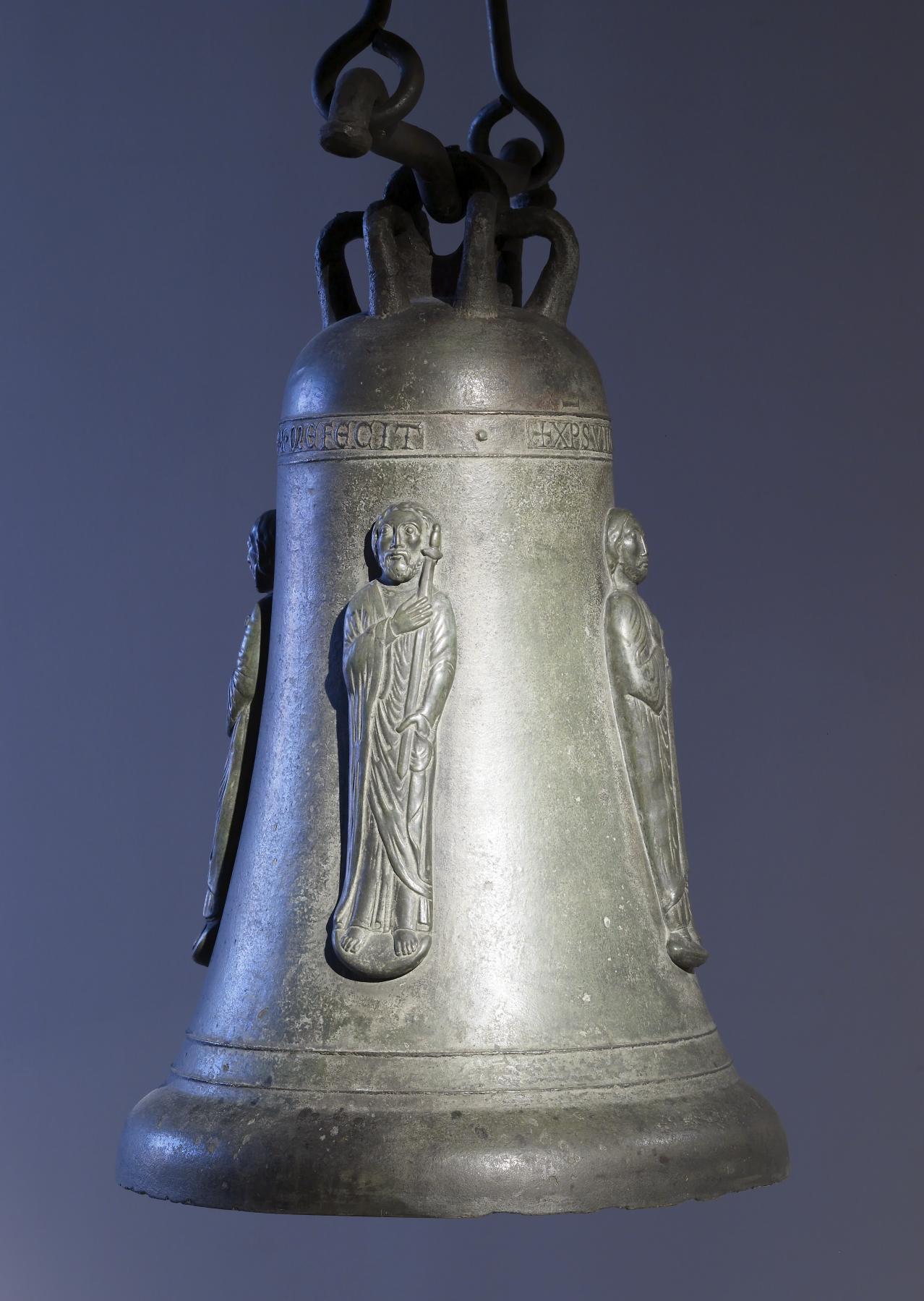 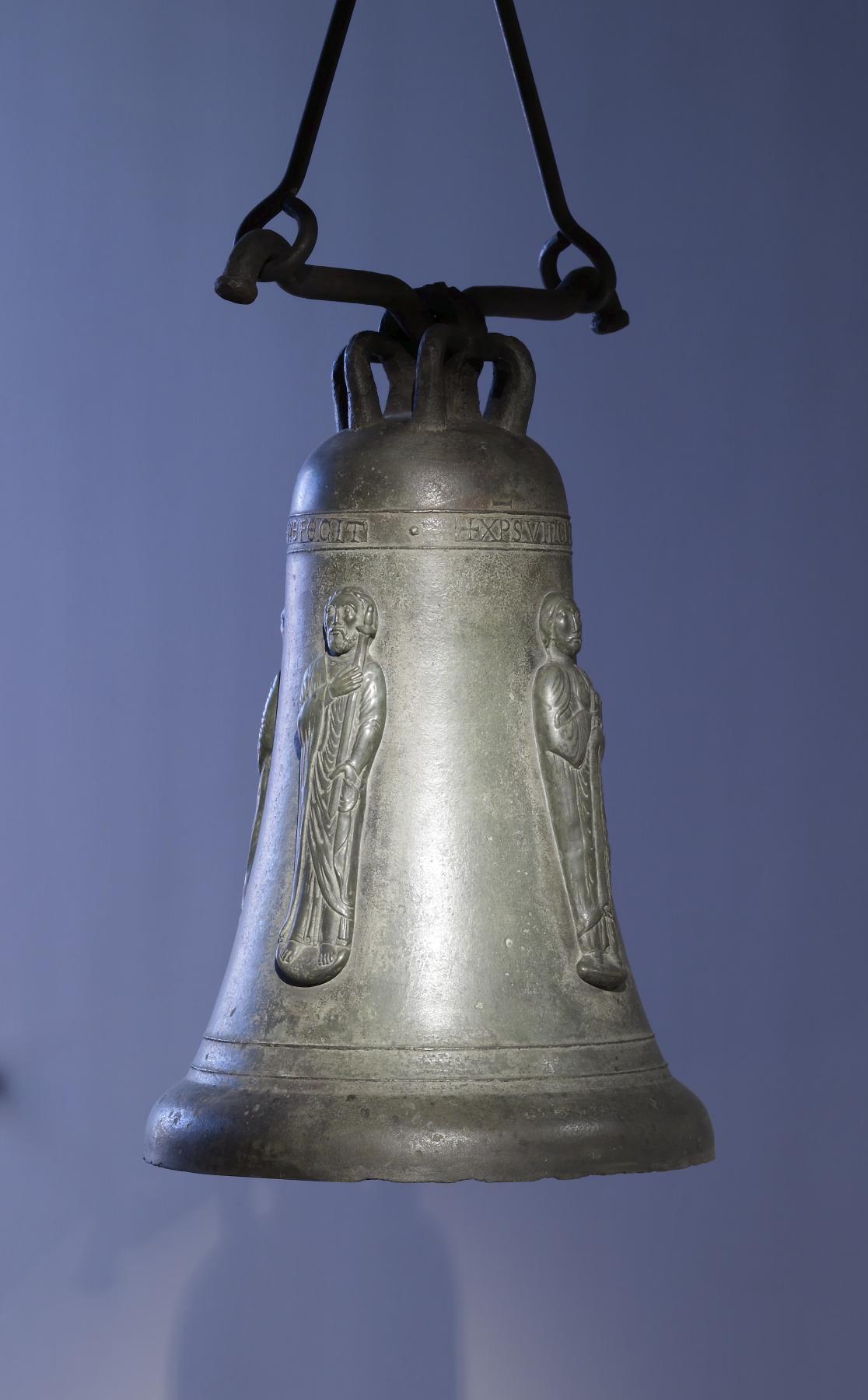 Bells were used to call the faithful to services throughout the Middle Ages. They also marked deaths, and were even believed to ward off storms and other dangers. Although many churches had bells, few medieval examples survive because they were often recast when they were damaged or melted down so that the metal could be reused. We do not have much information about the origin of this bell, but its long, narrow shape resembles several bells known to have been made in the mid-fifteenth century in Austria. The bell has four figures in relief: Saints Peter, Paul, John the Evangelist, and Thomas. The apostles are identified by their attributes: Peter holds the keys to heaven; Paul is shown with the sword of his execution; John the Evangelist holds his sacred writings; and Thomas holds a ruler, alluding to his role as patron of architects.

The founder who made the bell has signed his work with the inscription P.K. ME FECIT (PK made me), and the bell is further inscribed with the words XPS VINCIT, XPS REGNAT, XPS I[M]P[ER]AT (Christ conquers, Christ reigns, Christ rules).