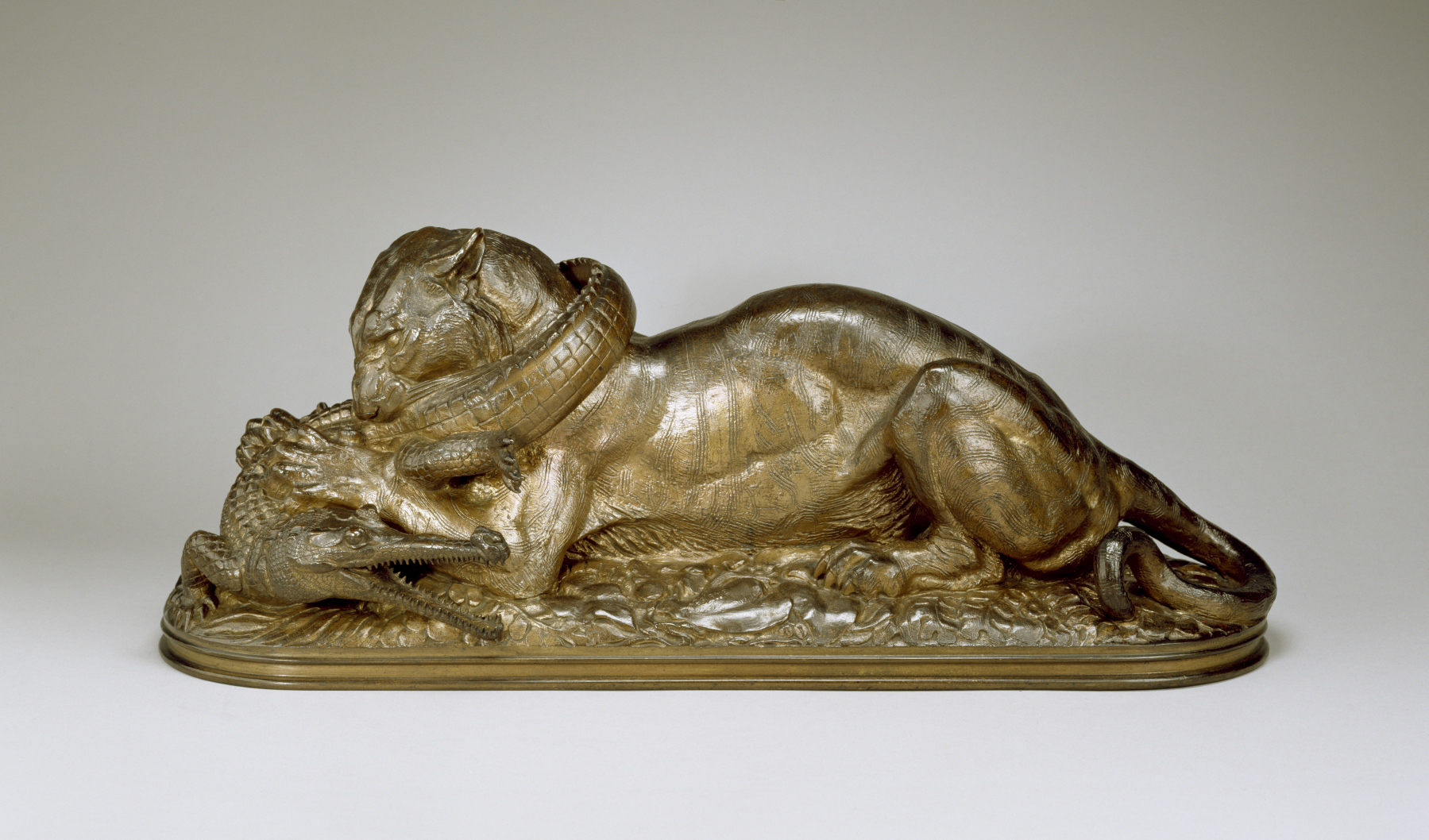 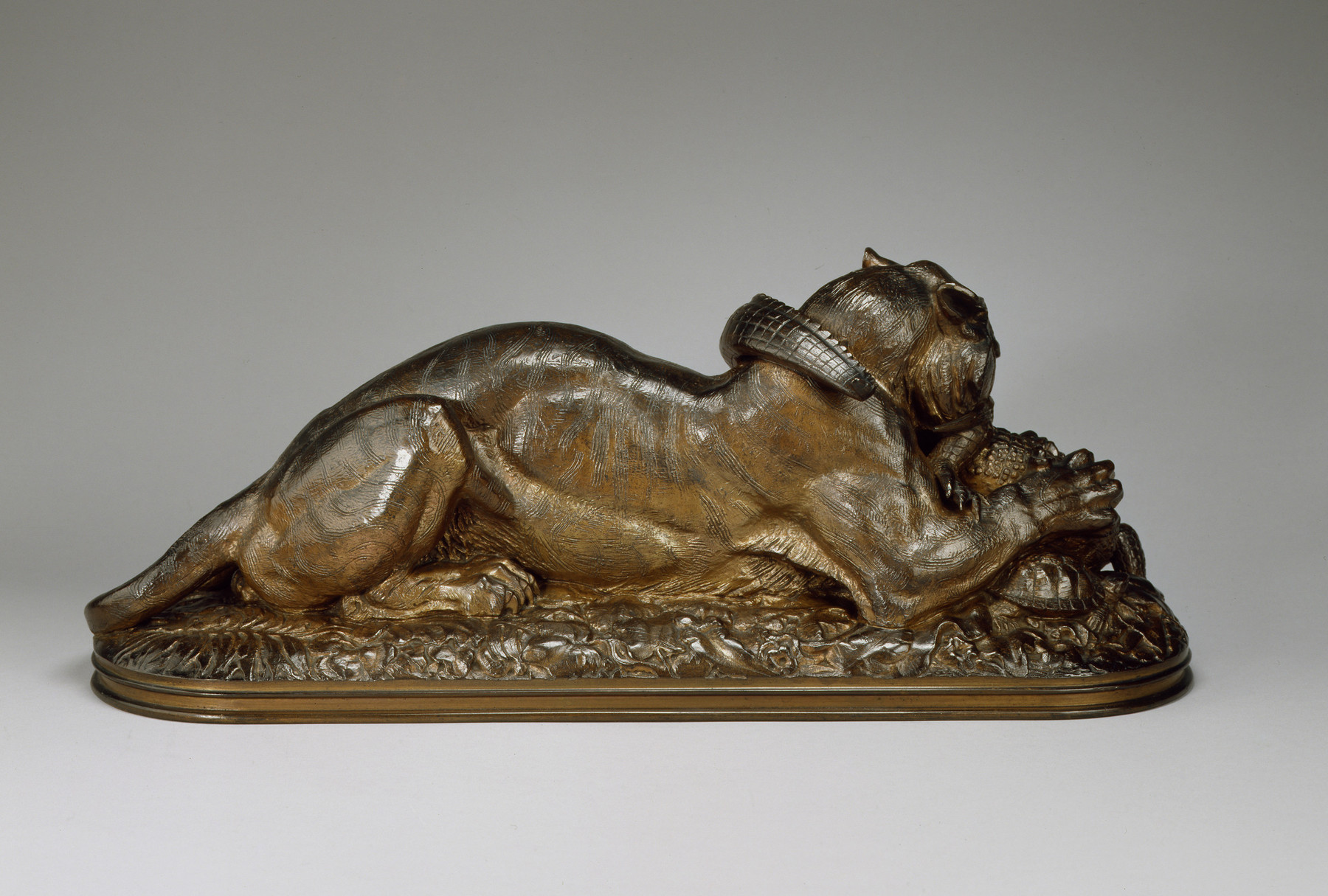 When a plaster model for this sculpture appeared in the Paris Salon of 1831, critics were astonished by the choice of an animal theme over a more conventional human subject. One critic praised the manner in which Barye expressed both the suffering of the gavial (an Indian crocodile with a narrow snout) and the grim determination of the tiger. He also admired the sculptor's ability to portray a subject that he could never actually have witnessed.

This particular piece bears the stamp, of A Victor Paillard (1805-1886) a Bourbon crown over the letters VP. His foundry was noted for the quality of the casting. There is a certain lack of clarity to the impression of the stamp, which led experts to consider the possibility that the bronze was a surmoulage (a cast after another cast), but this opinion has now been rejected.

[Signature] Cast through from model: BARYE; [Stamp] Under crown: VP; [Number] Painted inside base in white: W 20