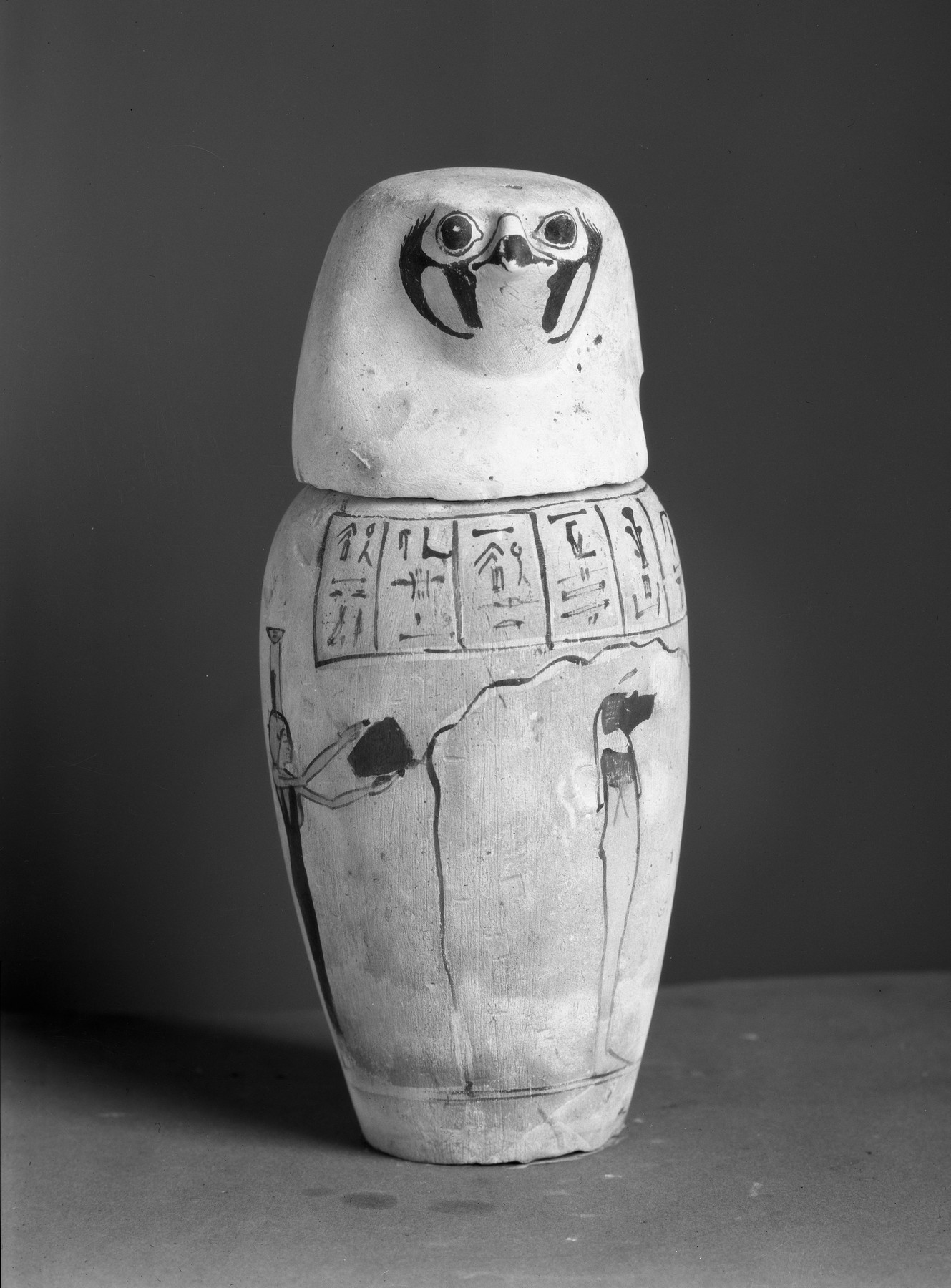 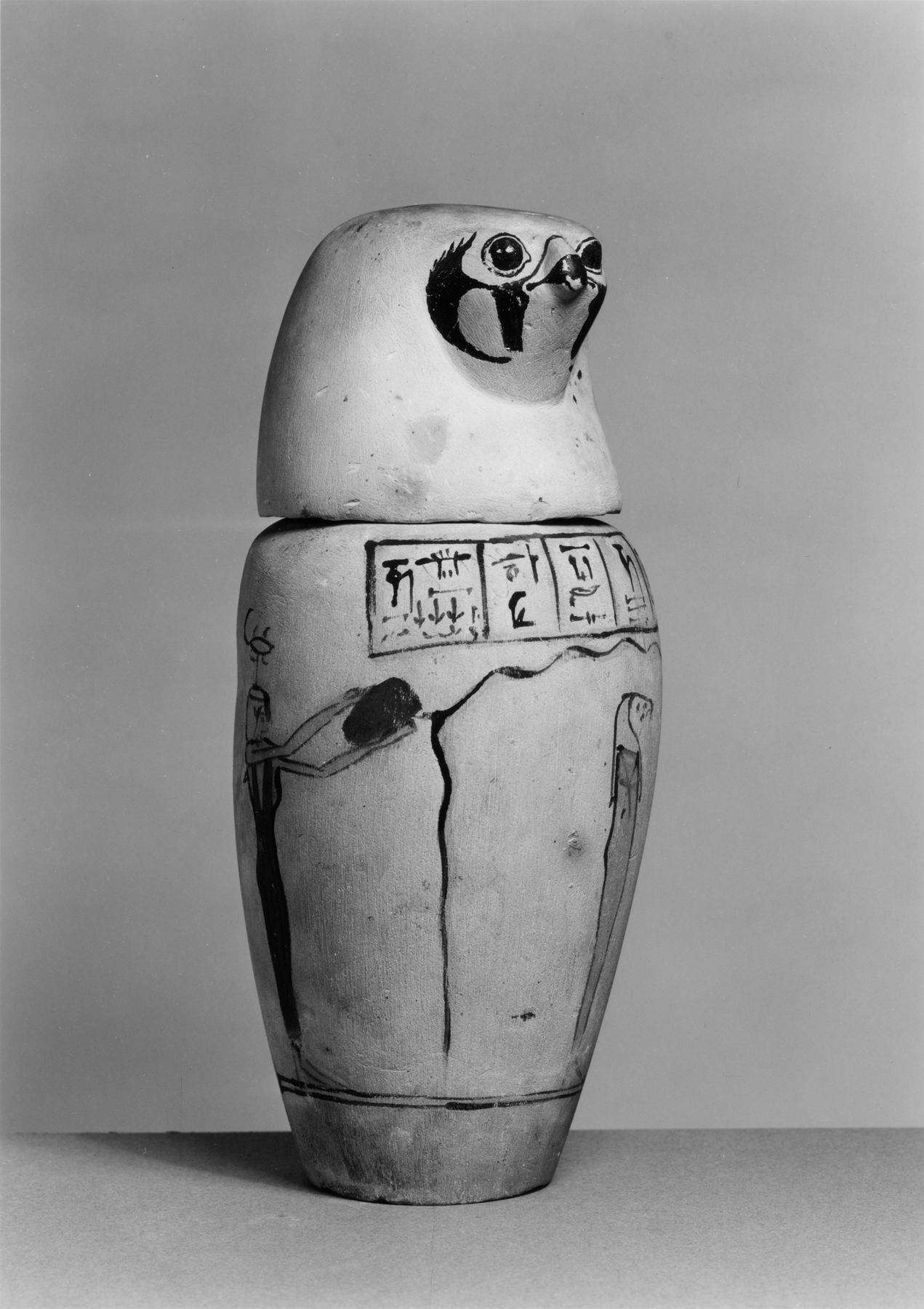 During mummification, the internal organs of the deceased were removed from the body and placed in a set of four special containers, the so-called canopic jars. A complete set is exhibited in the Egyptian galleries. The lids of the jars depicted the heads of a hawk, a human, a jackal, and a baboon, each associated with one of the four "Sons of Horus," the deities responsible for protecting the organs. Responsible for the liver was the human-headed Imsety, while the hawk-headed Qebehsenuef protected the intestines. 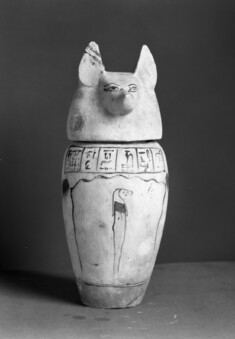 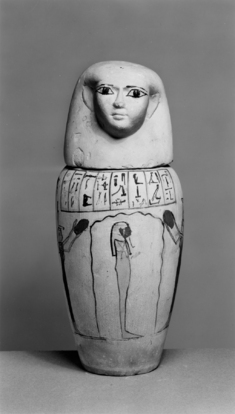 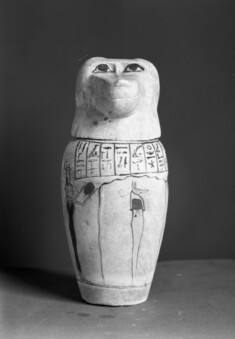