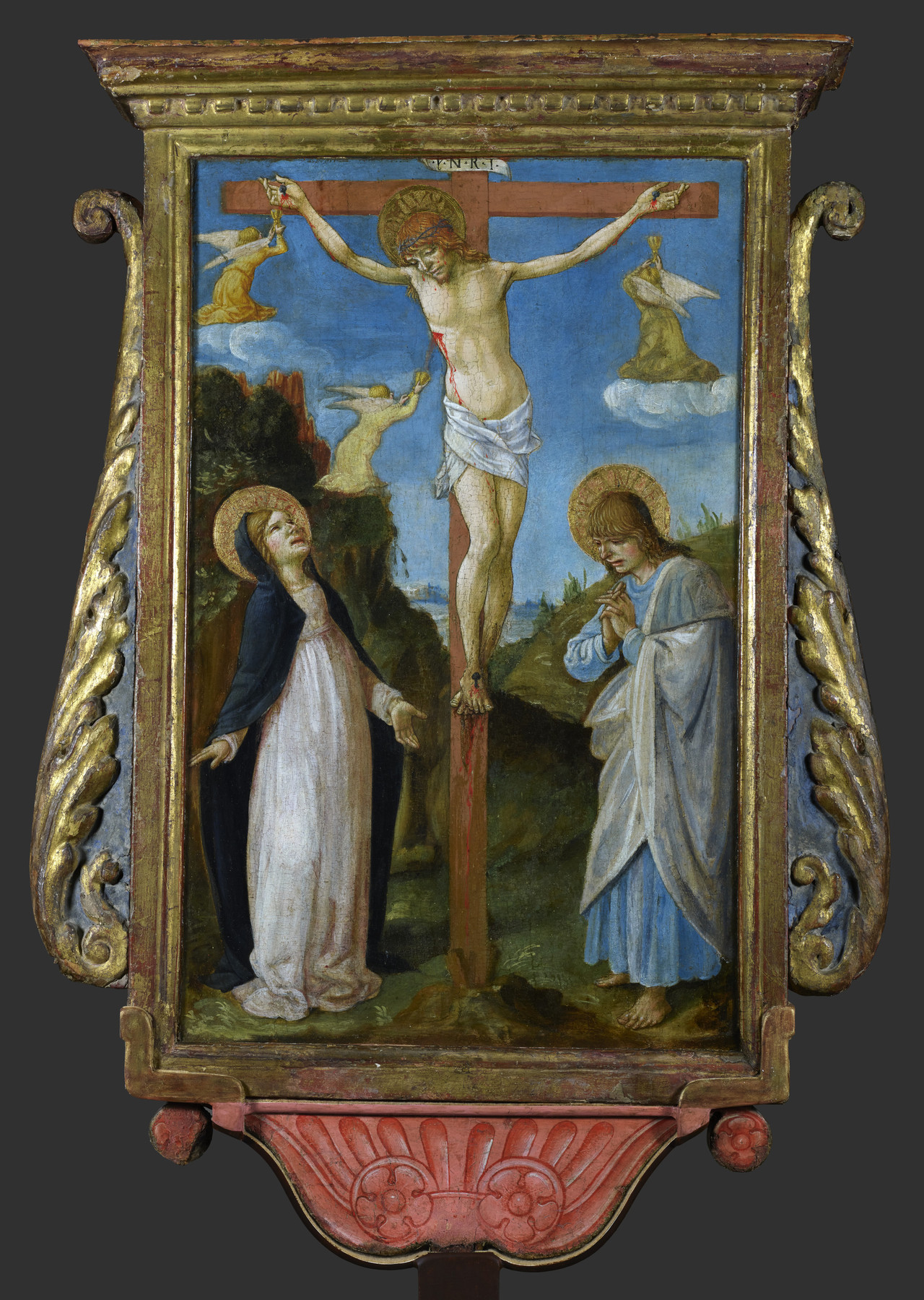 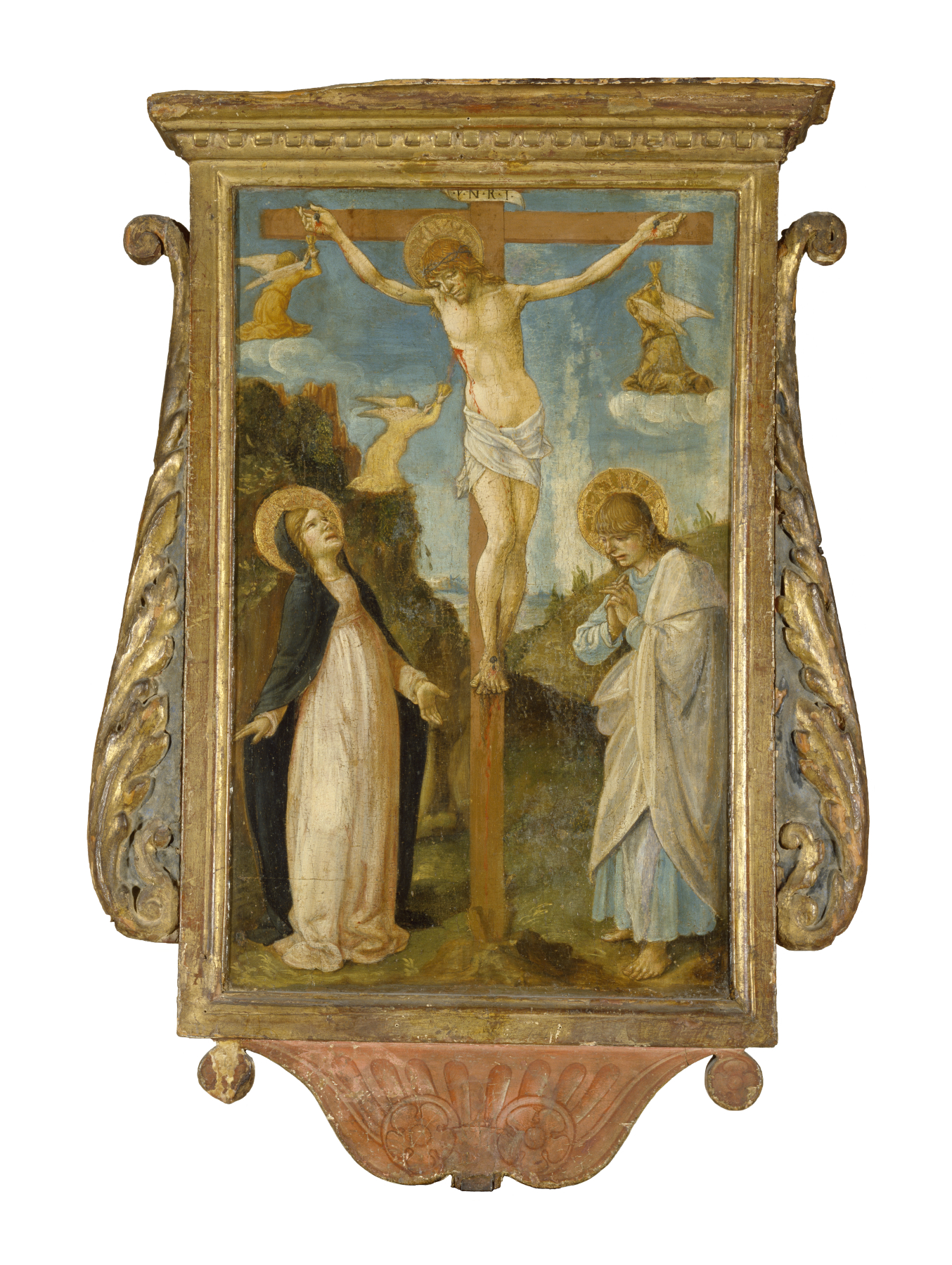 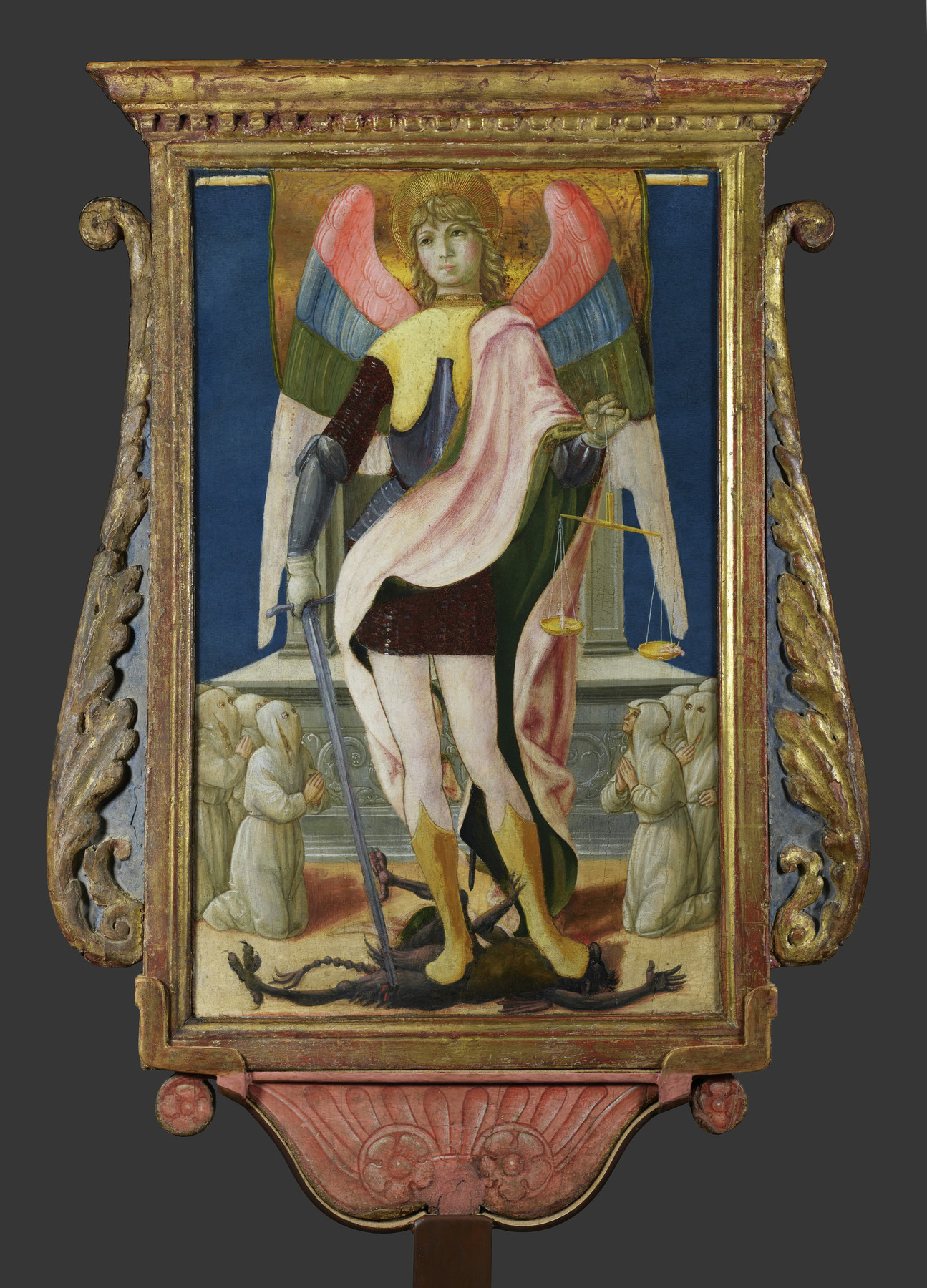 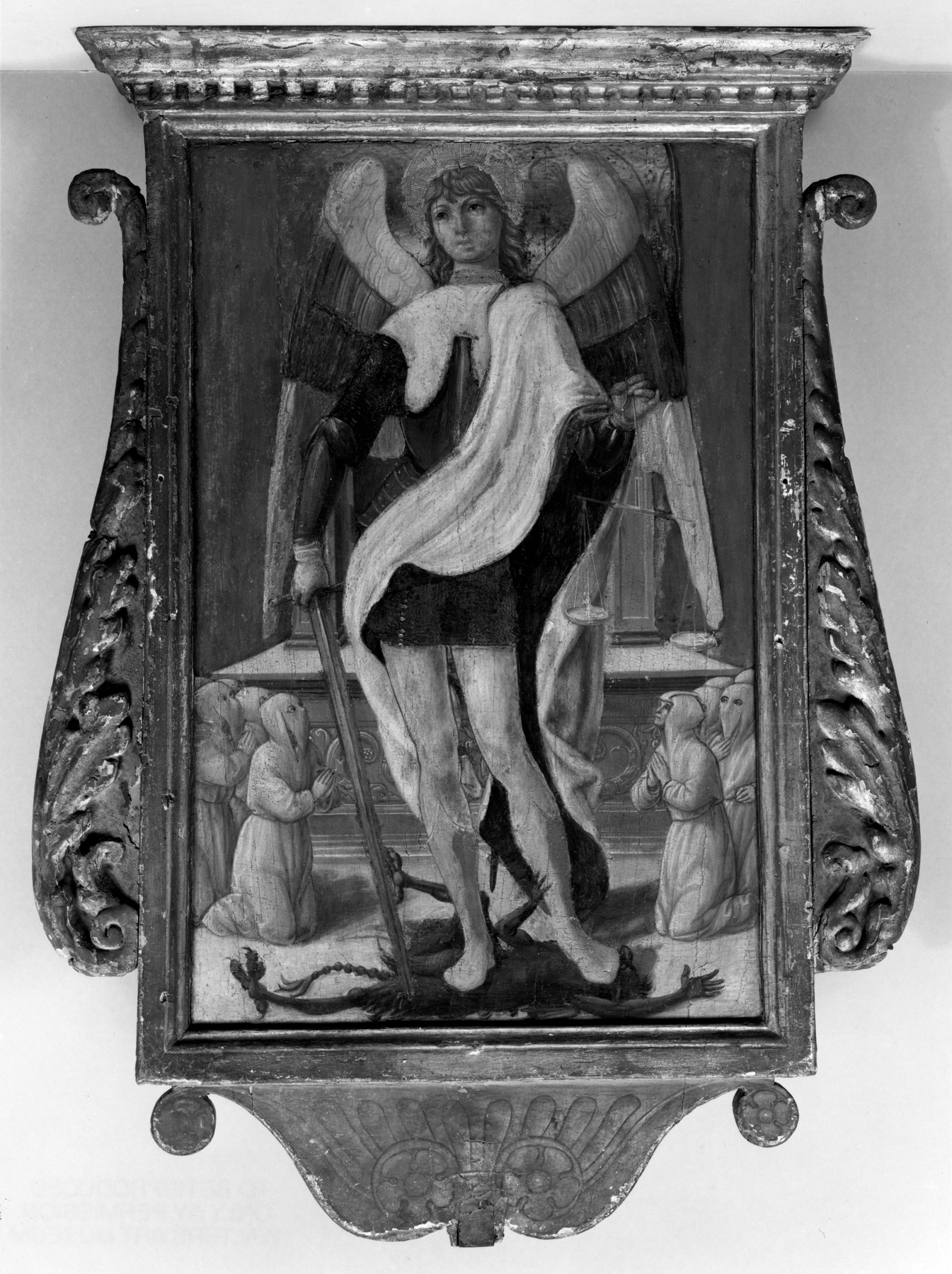 This double-sided painting originally functioned as a standard to be carried during processions and other religious ceremonies. It was probably made for the religious brotherhood (confraternity) devoted to Saint Michael in Matelica, a town in the Marches, a region in Central Italy. On one side is the Crucifixion with the mourning Virgin, the apostle John, and three angels catching Christ's blood in chalices. On the reverse, the archangel Michael tramples the devil and holds the scales in which he weighs a blessed soul. Kneeling at his feet are members of the brotherhood that commissioned the standard, clad in white habits with cowls, clothes typical of brotherhoods belonging to the Order of Flagellants (people who whip themselves to show penitence). Given their everyday use and occasional exposure to the elements, few processional standards from the Renaissance are still in existence today. This example is one of several by Lorenzo d’Alessandro da Sanseverino, who was active in and around Matelica during the last quarter of the 15th century. Another standard by the artist is now at the Brooklyn Museum in New York.