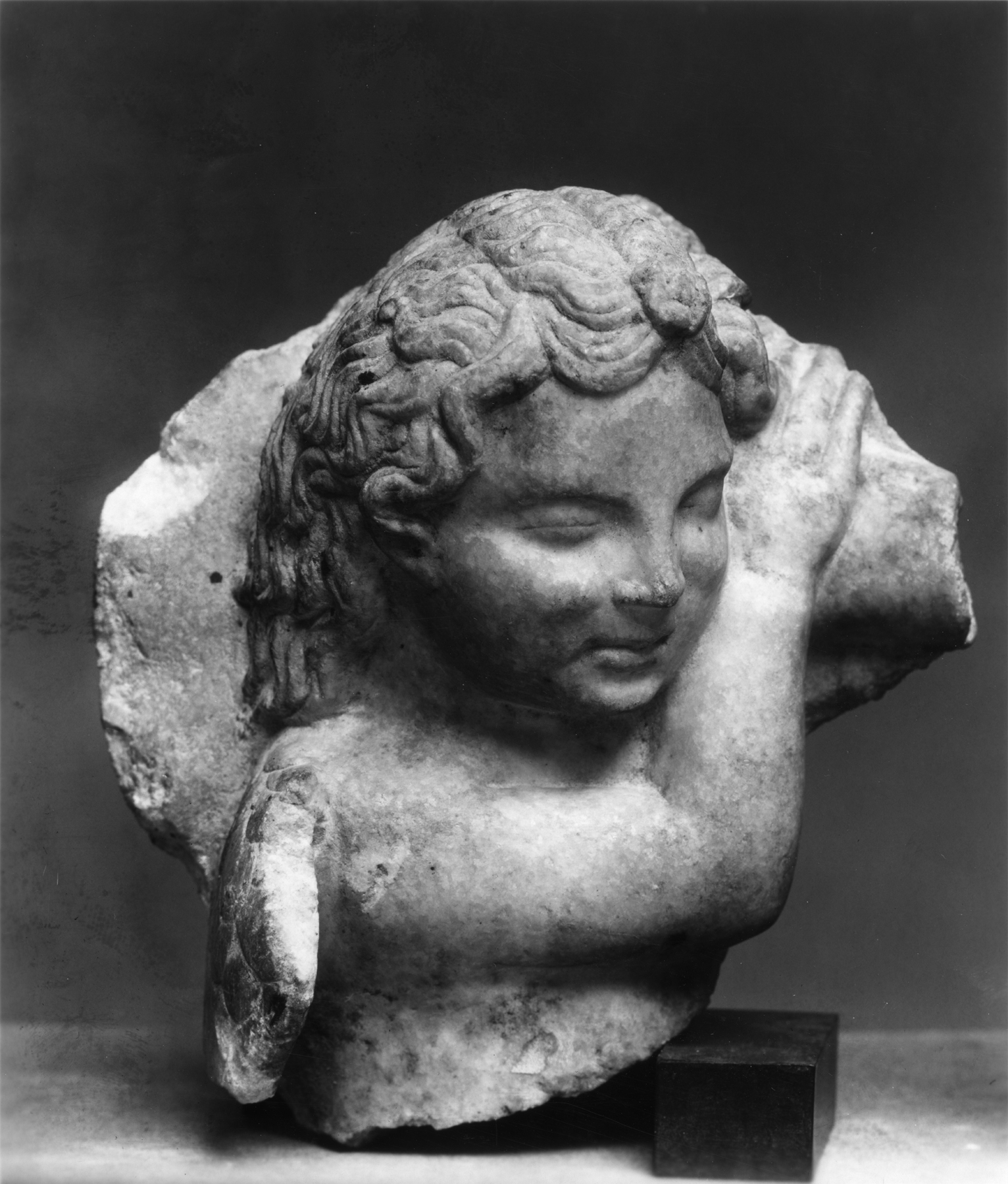 Head of a Sleeping Cupid

Cupid, the god of love and son of Venus, resting from his strenuous job of causing humans to fall in love, was a popular motif during the Roman imperial period. This fragment might have belonged to a sarcophagus and may, in fact, actually represent Hypnos, god of sleep.

Sculptures of the subject were popular with 16th and 17th-century collectors: in Antwerp, both Peter Paul Rubens and Nicolas Rockox owned marble "Sleeping Cupids" that they believed to be antique. Rubens's is not traceable, but that of Rockox (in the National Museum, Copenhagen) is now thought to date to the 16th century.