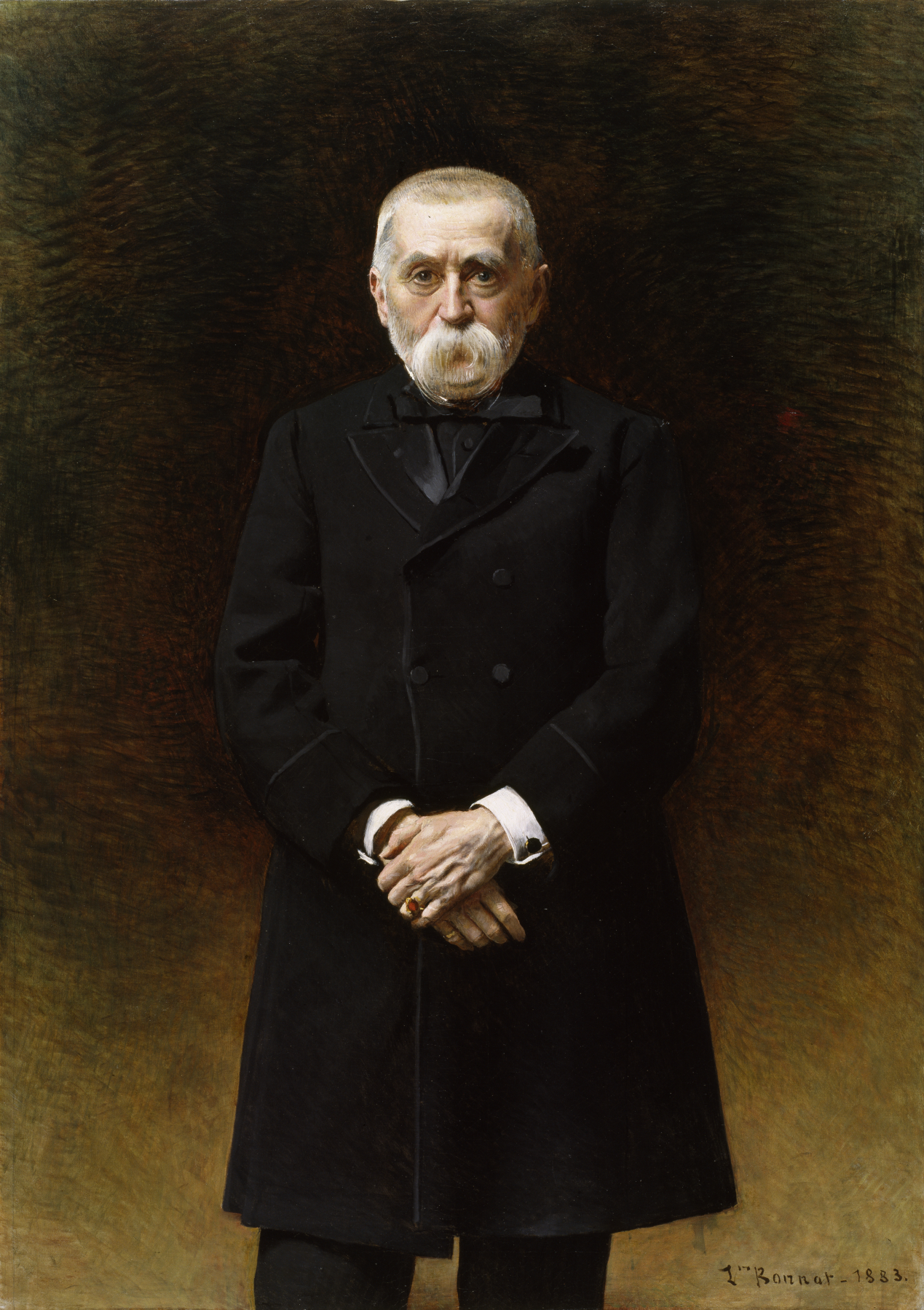 Before moving to Paris in 1854, Bonnat trained in Madrid. The stark realism and sharp contrasts in light and shadow of Bonnat's mature style reflect the influence of the great 17th-century Spanish master Diego Velázquez. Until the late 1870s, Bonnat specialized in historical subjects and scenes inspired by a visit to the Holy Land and Egypt undertaken with J.-L. Gérôme in 1868-1869. During the early years of France's Third Republic (1870-1940), however, Bonnat gained an international following for his dramatically illuminated portraits of statesmen and leaders in many fields. Because of their shared admiration for the animal sculptures of the French artist Antoine-Louis Barye, a close association developed between Bonnat, Walters, and the Baltimore expatriate and art consultant George A. Lucas.