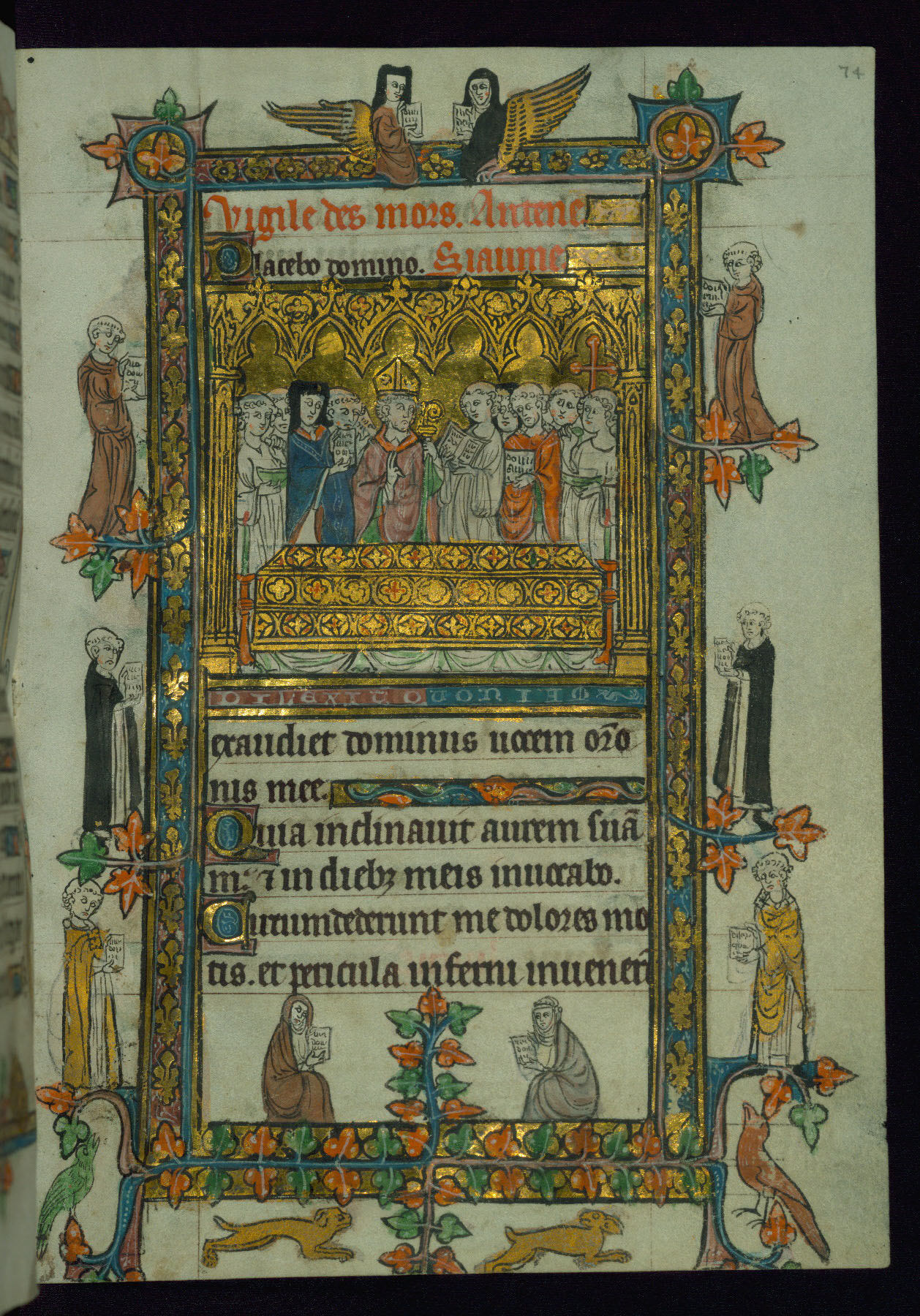 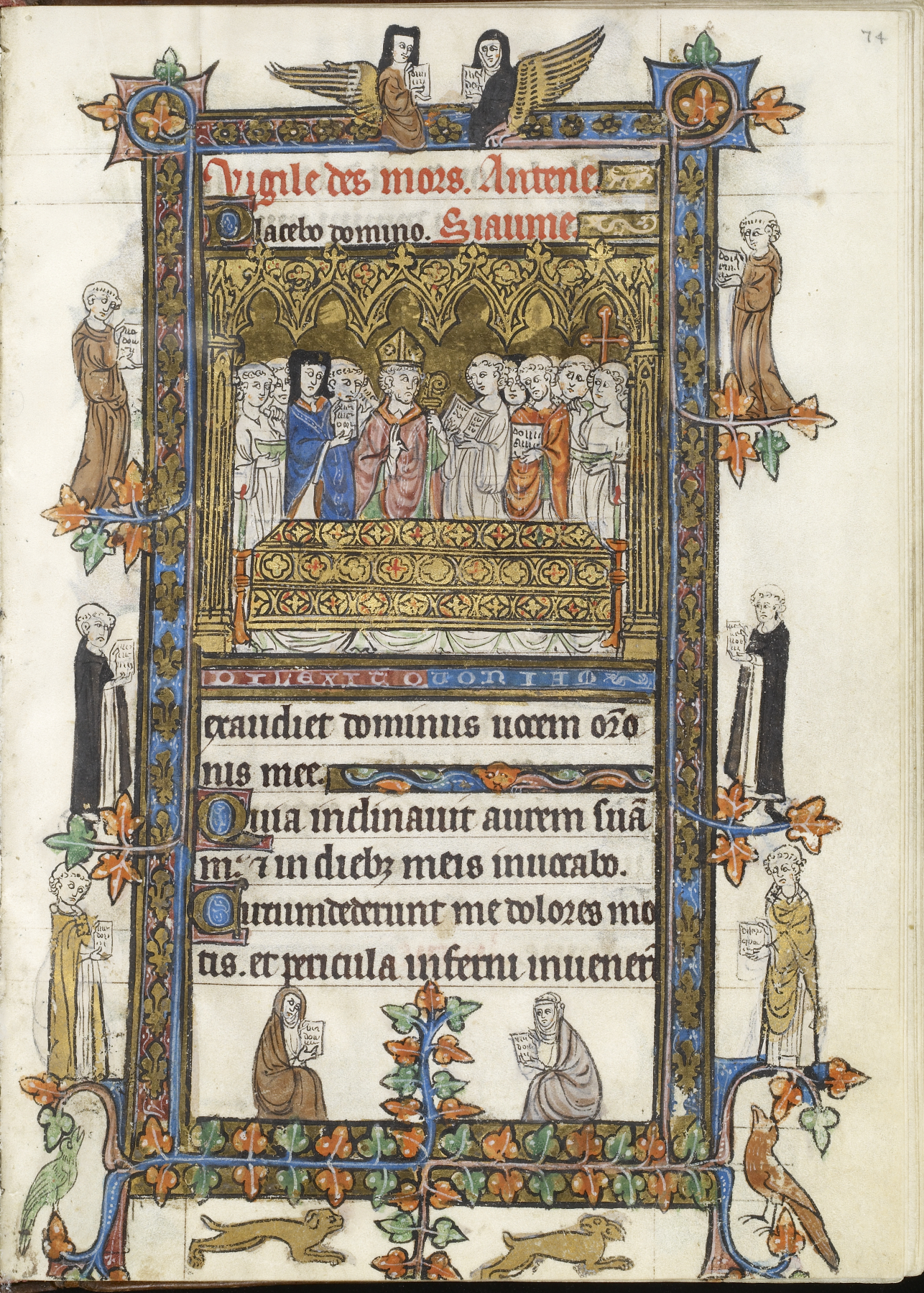 Leaf from a Book of Hours: a Funeral Service

In the margins of this page are hybrid Franciscan and Dominican nuns, clerics, a Franciscan seated opposite a nun, and a dog pursuing a hare.

This Book of Hours was created in northeastern France in the early fourteenth century, possibly for the marriage of Louis I of Châtillon (d. 1346) and Jeanne of Hainaut, as the Châtillon de Blois arms are depicted on fols. 19r and 81v, and the arms of Hainaut also appear in the borders, including in conjunction with the Châtillon arms on fol. 19r. The manuscript is exceptional for the abundance of drolleries and lively hybrids that inhabit nearly every page. Stylistically these images have been linked to a workshop in the Artois region, possibly based in Arras, and related manuscripts were traced by Carl Nordenfalk in his 1979 publication. Although the manuscript is incomplete, lacking its calendar and likely some images, its surviving illumination provides an excellent example of the playfulness of art during this period. 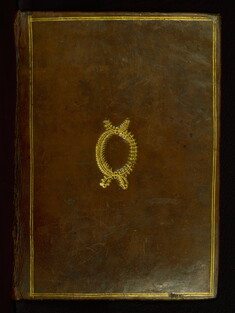