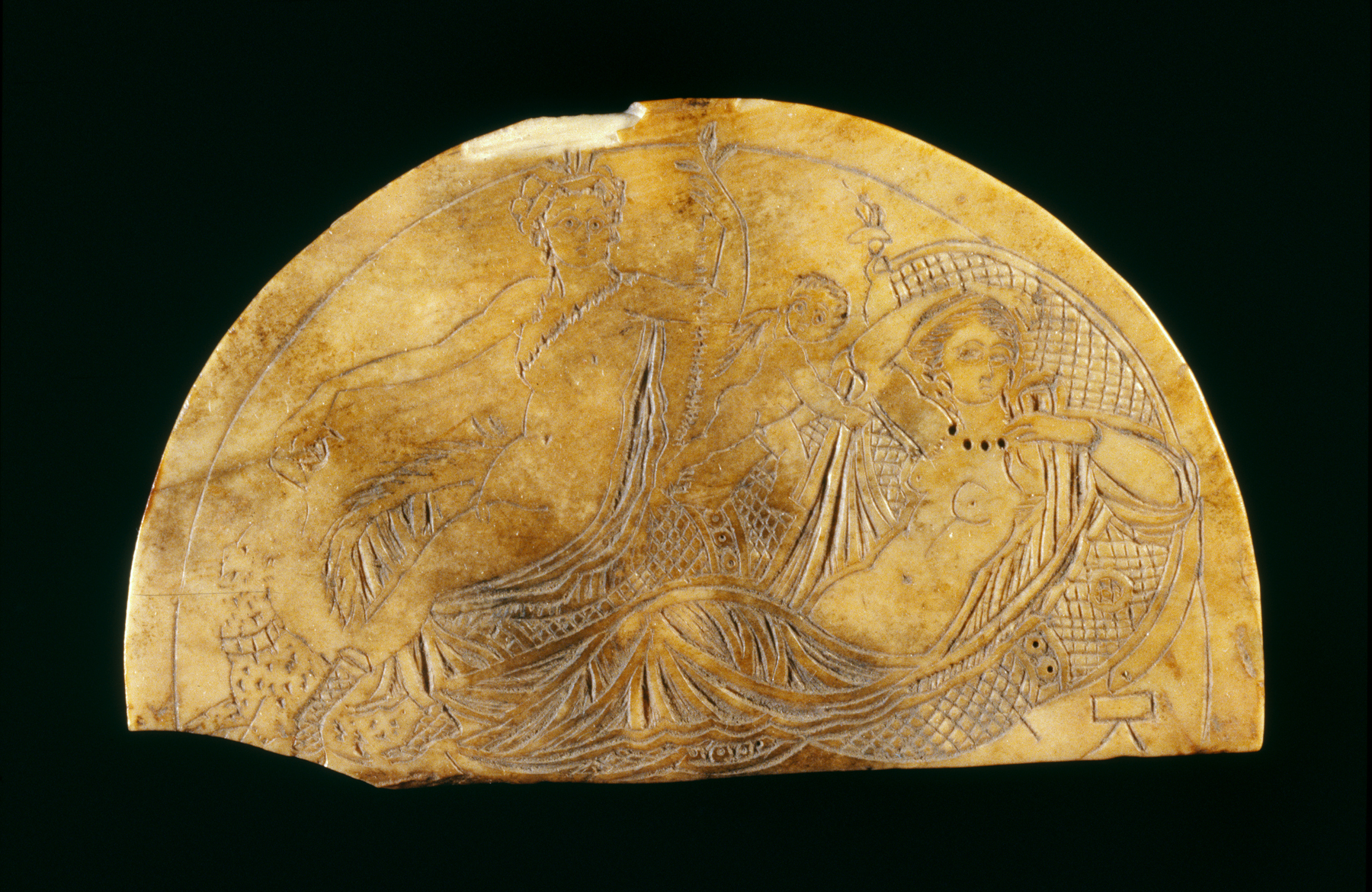 Plaque with Dionysos, Ariadne, and Eros

Illustrated here is the mythological story of Dionysos, the Greek god of wine, discovering the sleeping nymph, Ariadne, with Eros (Cupid) alluding to their future roles as lovers. In Egypt, Dionysos was also considering a god of immortality, as suggested by his awakening or "bringing to life" of Ariadne. The Cupid alludes to the romantic subject matter as Dionysus and Ariadne became lovers after her abandonnement by Theseus on the Mediterranean island of Naxos. This half-moon plaque may have been used on a jewelry box or as furniture decoration for a wooden couch or bench.