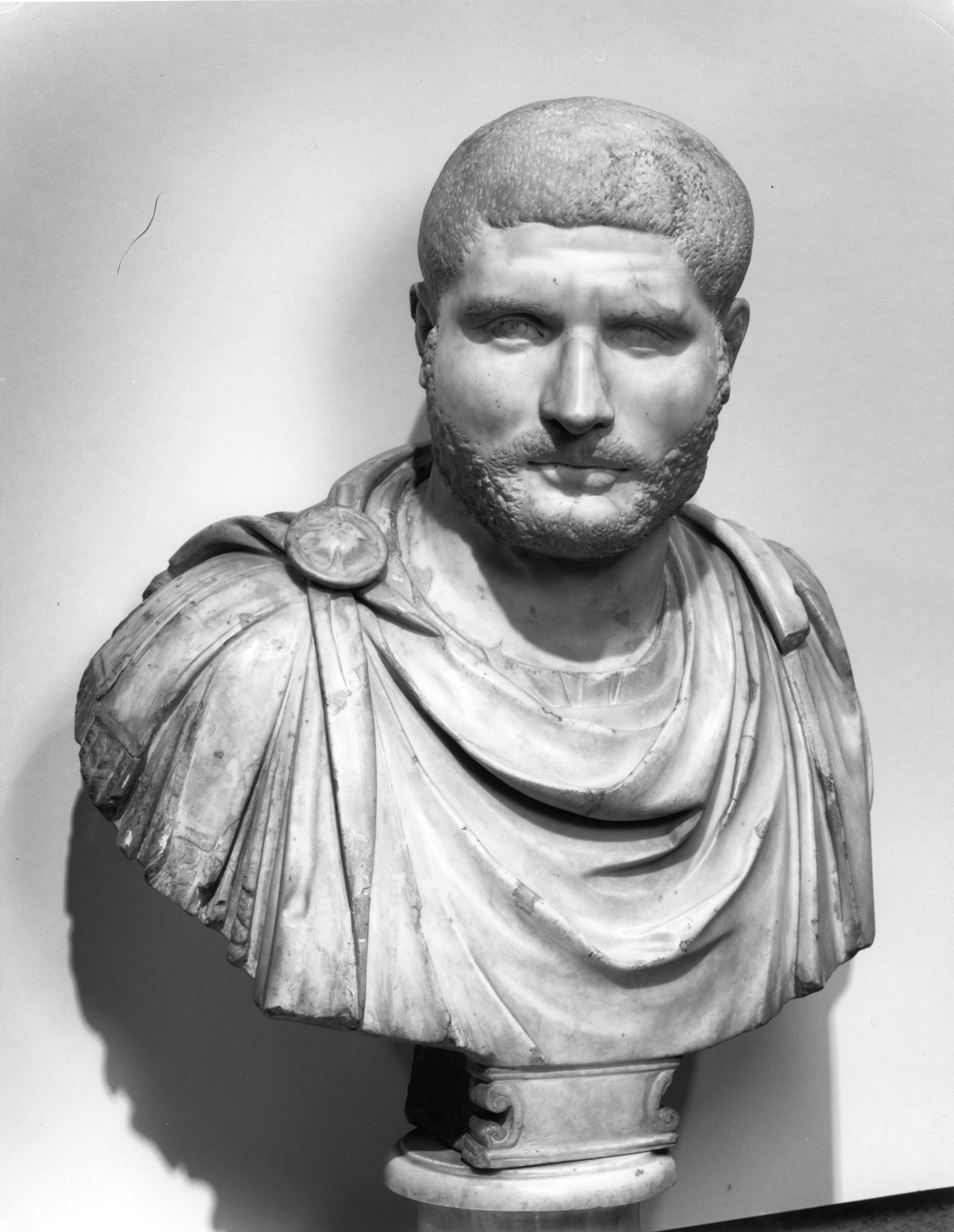 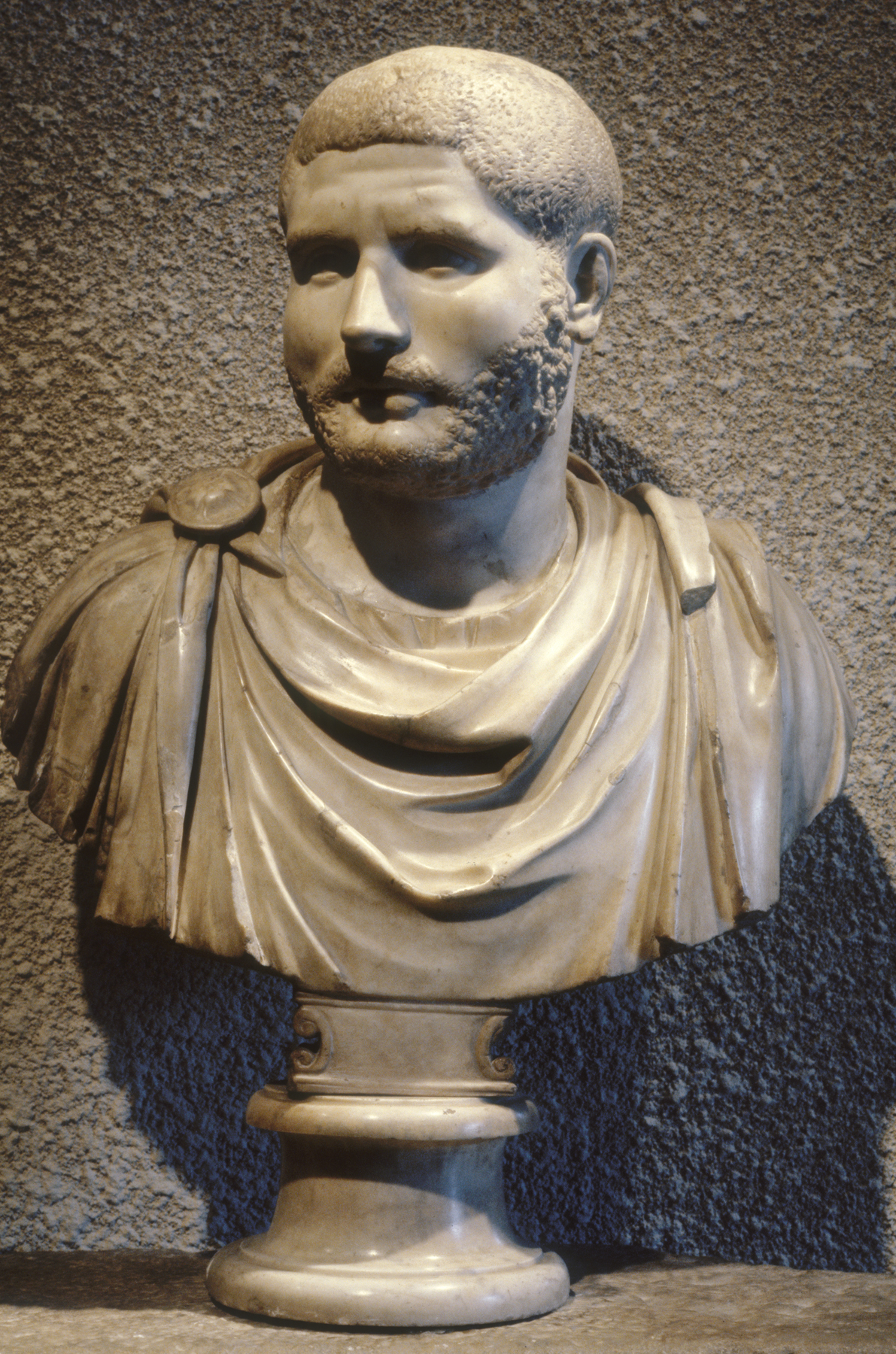 Portrait of a Man

This bust was probably carved several decades after the reign of Emperor Caracalla (reigned 211-17 CE) and bears many similarities to that emperor's portrait type, which had an enormous influence on the private portraiture of the following generation. Caracalla's later portraits have animated expressions, and the head is often turned to his right, giving the impression of movement. This example imitates the emperor's image but has the individual's own distinct features. (The nose and ears are restored.)