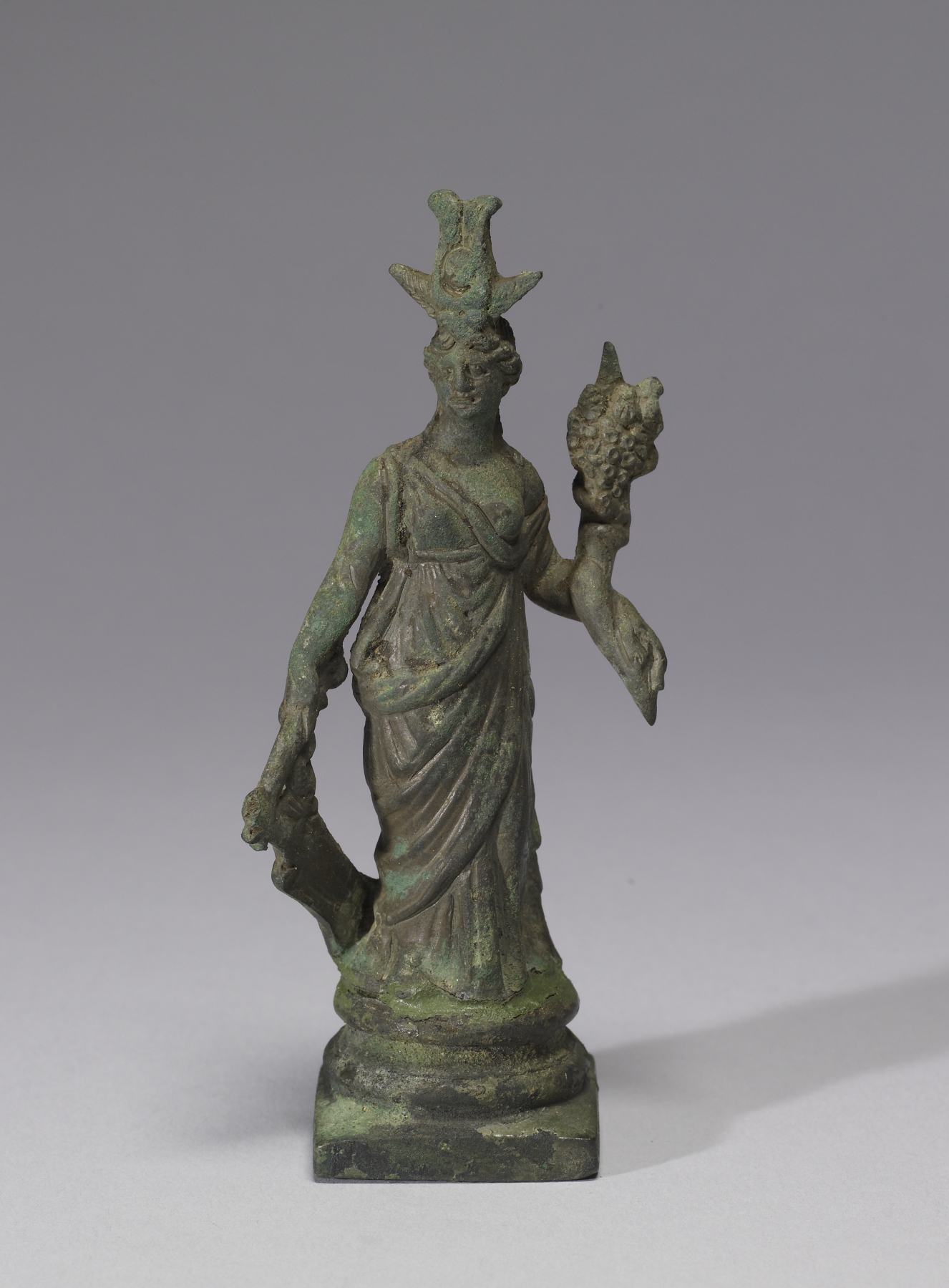 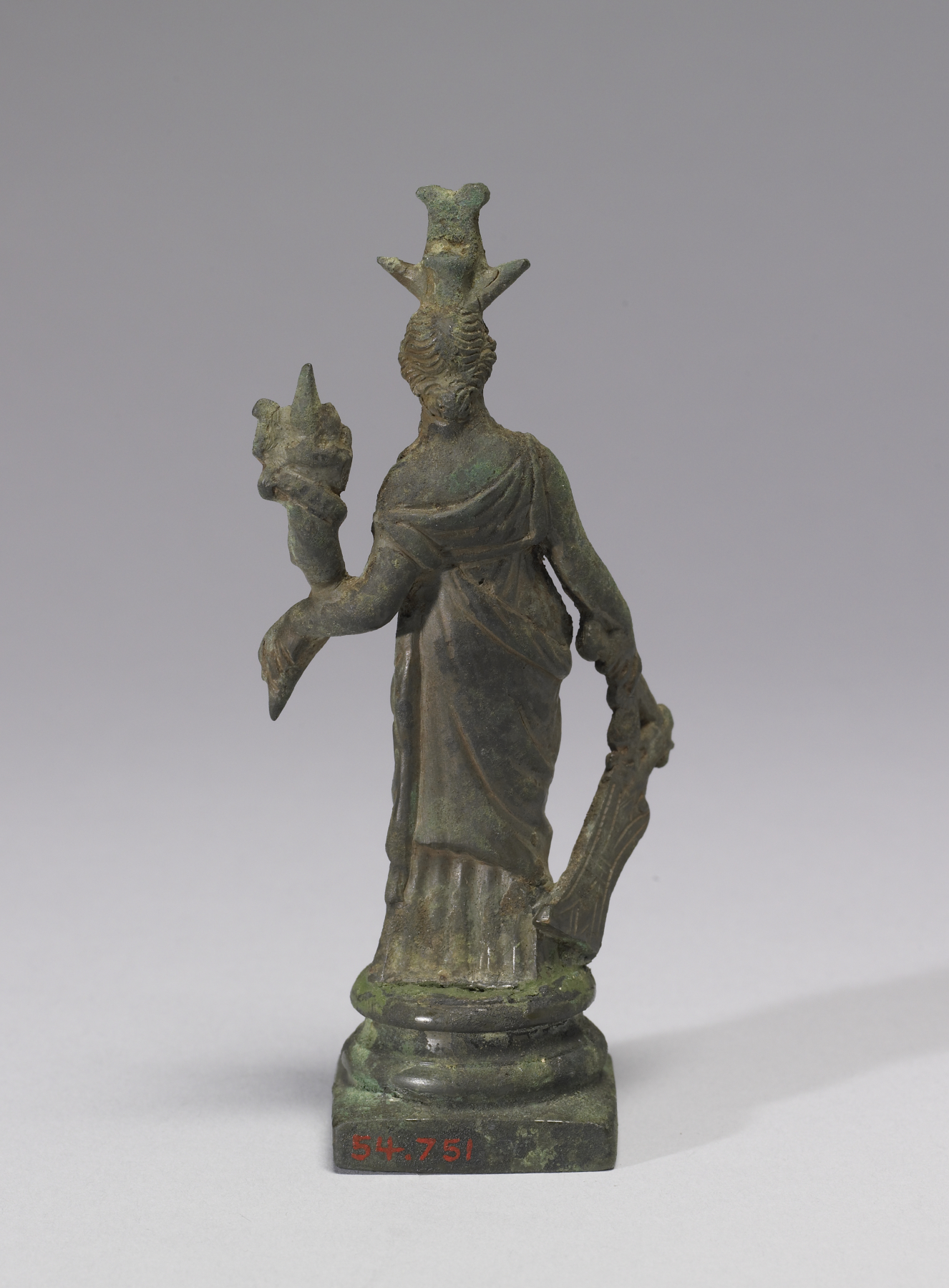 Each Roman household had a "lararium," or household shrine, in which small bronze figurines of deities, including "lares" (the divinities protecting the house) were displayed. The master of the house would make daily offerings at the shrine, as well as more ceremonial offerings on important occasions.

This small figurine was found together with six others (Walters 54.747-54.750, 54.752, and 54.2290 ) in a "lararium" at Boscoreale, the site of a Roman villa near Pompeii. A "Genius" (or priest) stood before the household deities, Isis-Fortuna, Mercury, a seated Jupiter, Alexander Helios, and a standing Jupiter. These were divinities the family particularly venerated for the continuing good fortune of the household. 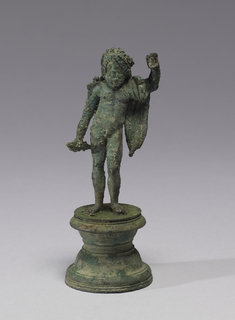 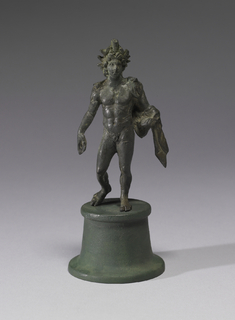 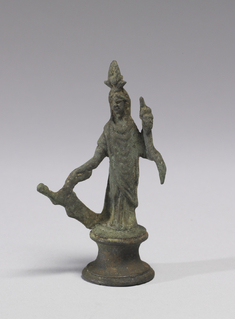 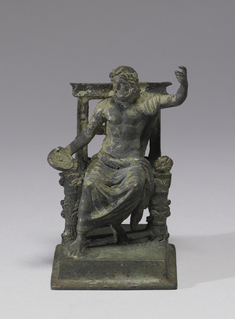 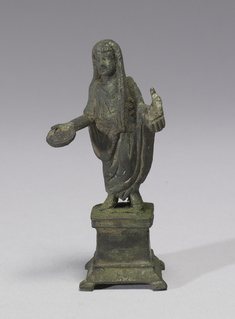 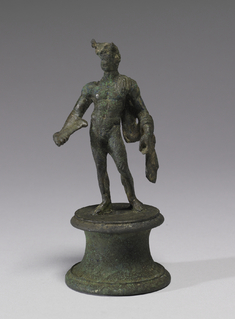