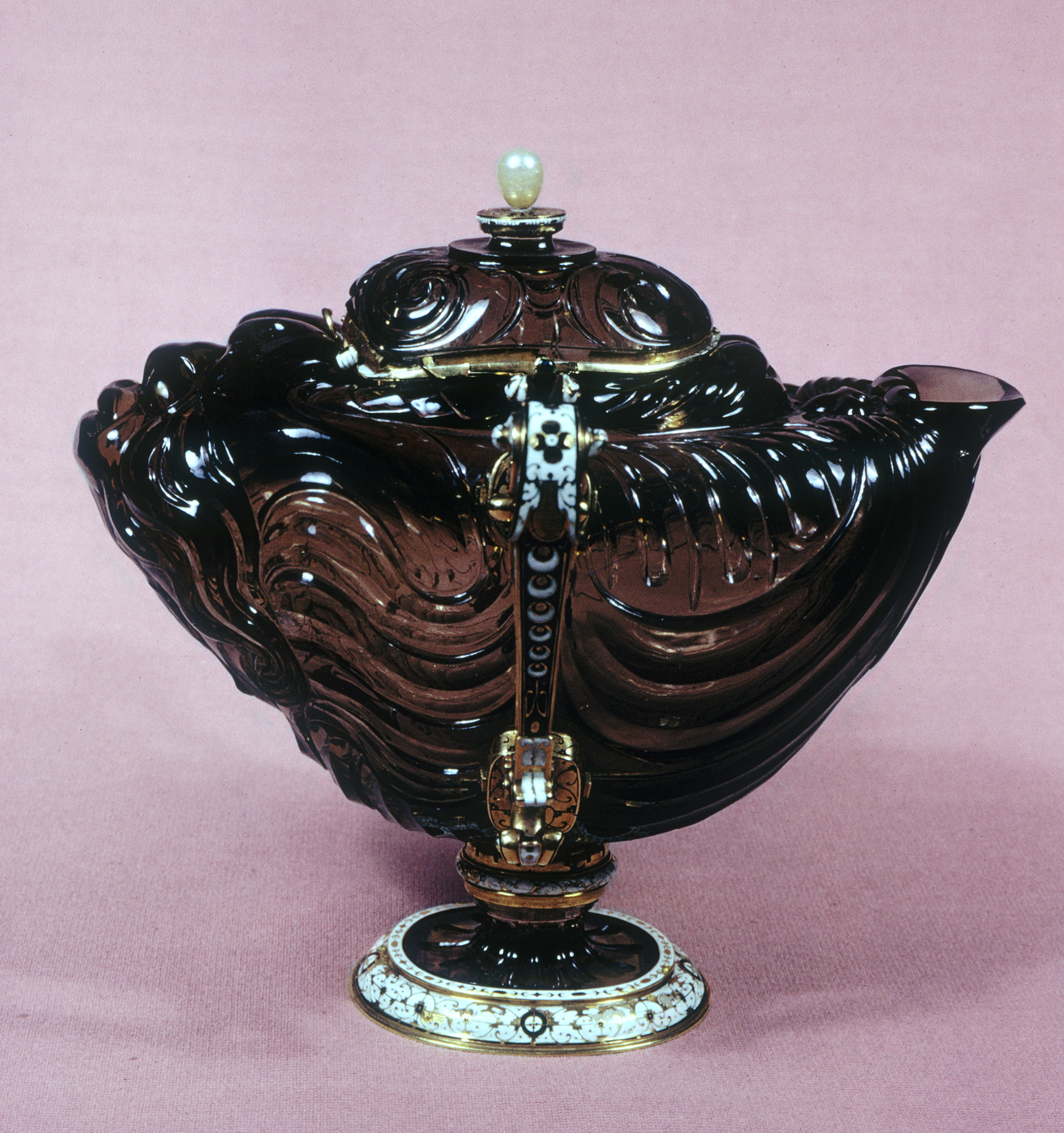 Vessel in the Form of a Seamonster

Until recently, this vessel in the shape of a marine monster was identified as carved by Alessandro Miseroni and mounted in enameled gold by Hans Vermeyen (died 1606). Now it is regarded as the work of Reinhold Vasters (1827-1909), a restorer turned forger based in Aachen, Germany. He was responsible for designs that were often executed in Paris. Many of his pieces passed through the collection of the famous dealers and collectors.