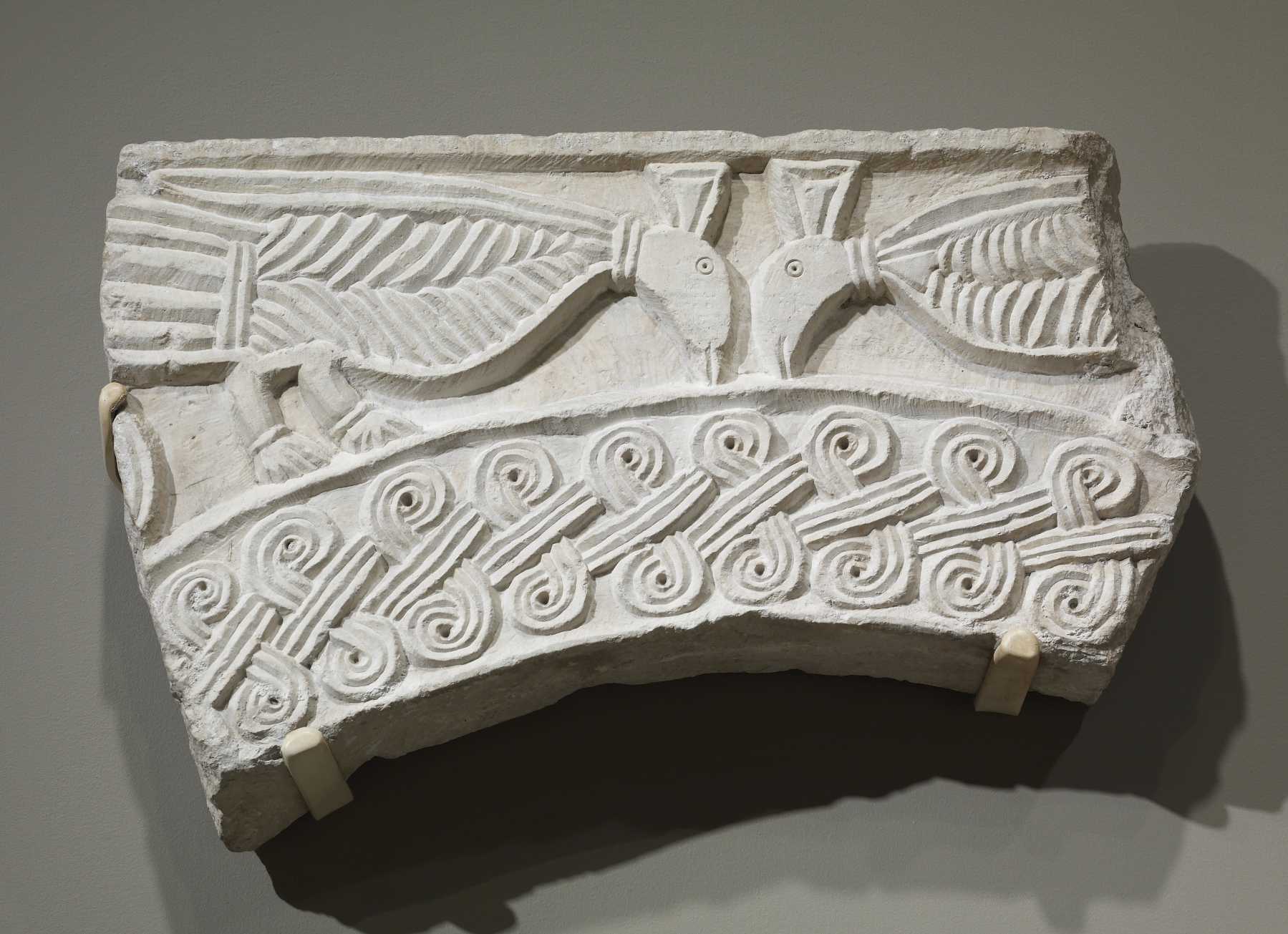 This relief is a fragment of a ciborium, a free-standing stone canopy supported by columns, designed to cover the altar or baptismal font of a church. The relief shows two confronted peacocks, symbols of paradise and immortality in early Christian and Byzantine art, placed above an interlace border that once outlined the open arch of the ciborium. Relatively late in date, such architectural elements were carved after the Langobards had settled permanently in Italy. 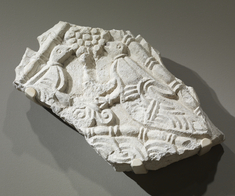