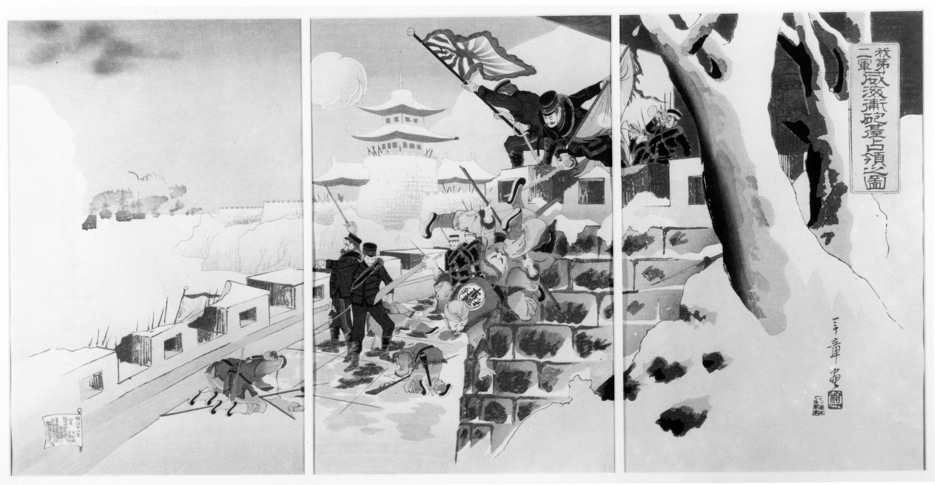 Japanese soldiers raise their flag in victory as they push the Chinese flag-bearer over the ramparts. Other Chinese soldiers kowtow in surrender. Although a fierce battle still raged at sea, the battle for the fort at Weihaiwei marked the end of the land war.