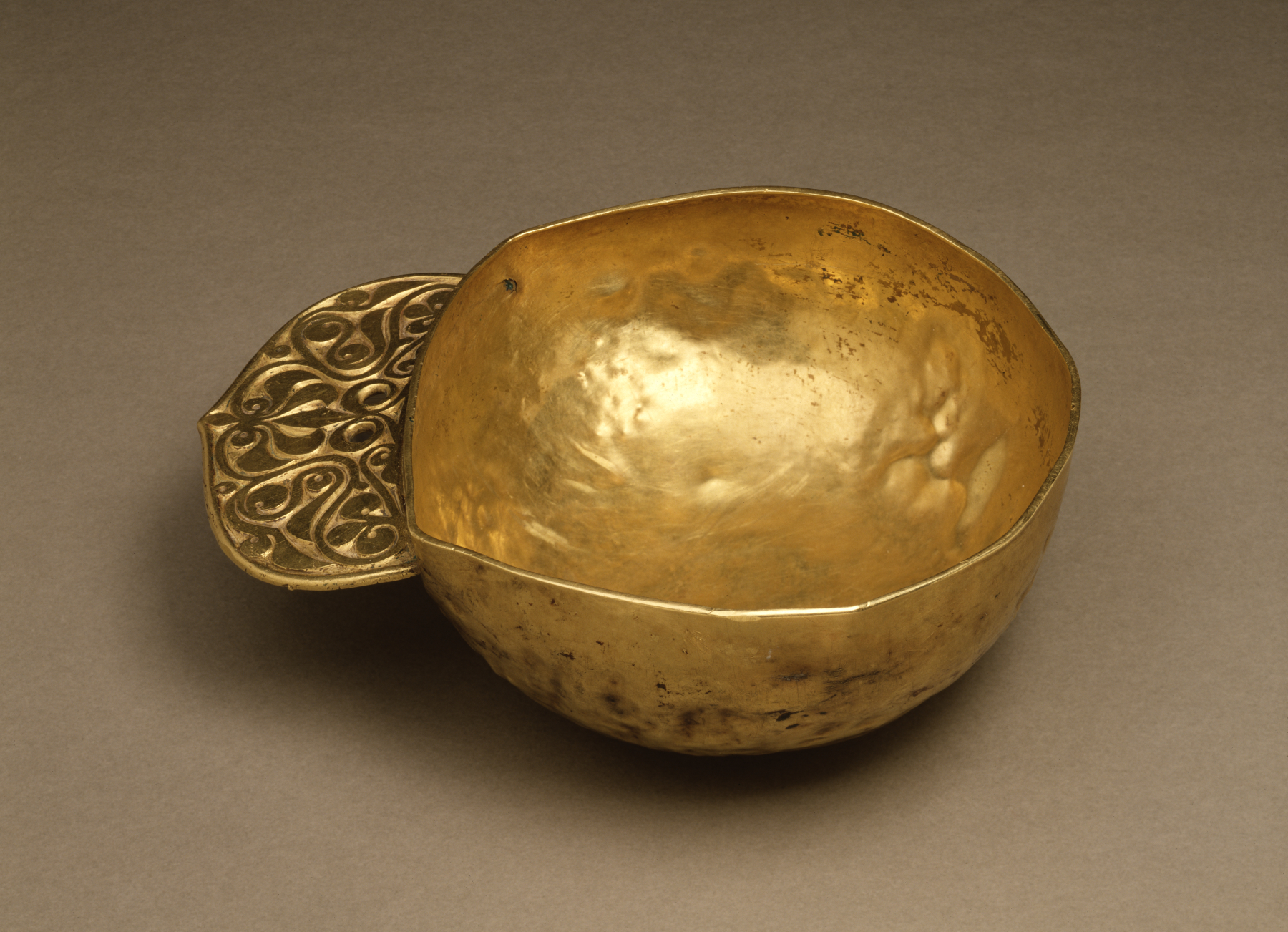 This bowl is one of the finest pieces from a large treasure found in 1902 in a field at Vrap, Albania. The handle is decorated on the upper side in a casting technique known as "chip-carving," in which the outlines are cut into the mold on a slant. (By contrast, the designs of the handle's underside are engraved.) The sinuous patterns echo designs in Persian and Byzantine art. The shape of the handle also shows eastern influence. Two holes in the handle allow the bowl to be hung, possibly from the trappings of a horse.

The Avars, a confederation of nomadic tribes of Central Asian origin, rose to power in eastern Europe in the 6th century. Most of the Avar finds come from the area of their strongholds in Pannonia (present-day Hungary). This treasure appears to have been deposited in the middle Danube region in the grave of an Avaric Khagan (king) who reigned in the second half of the 7th century. Later, the grave was robbed and the treasure brought to the area of modern Albania.

The hoard consists of 46 objects, including gold buckles, strap-ends for belts, and belt ornaments, all but two of which (this bowl and a goblet in the Archeological Museum, Istanbul) are in The Metropolitan Museum of Art, New York (inv. 17.190.1673-1712).