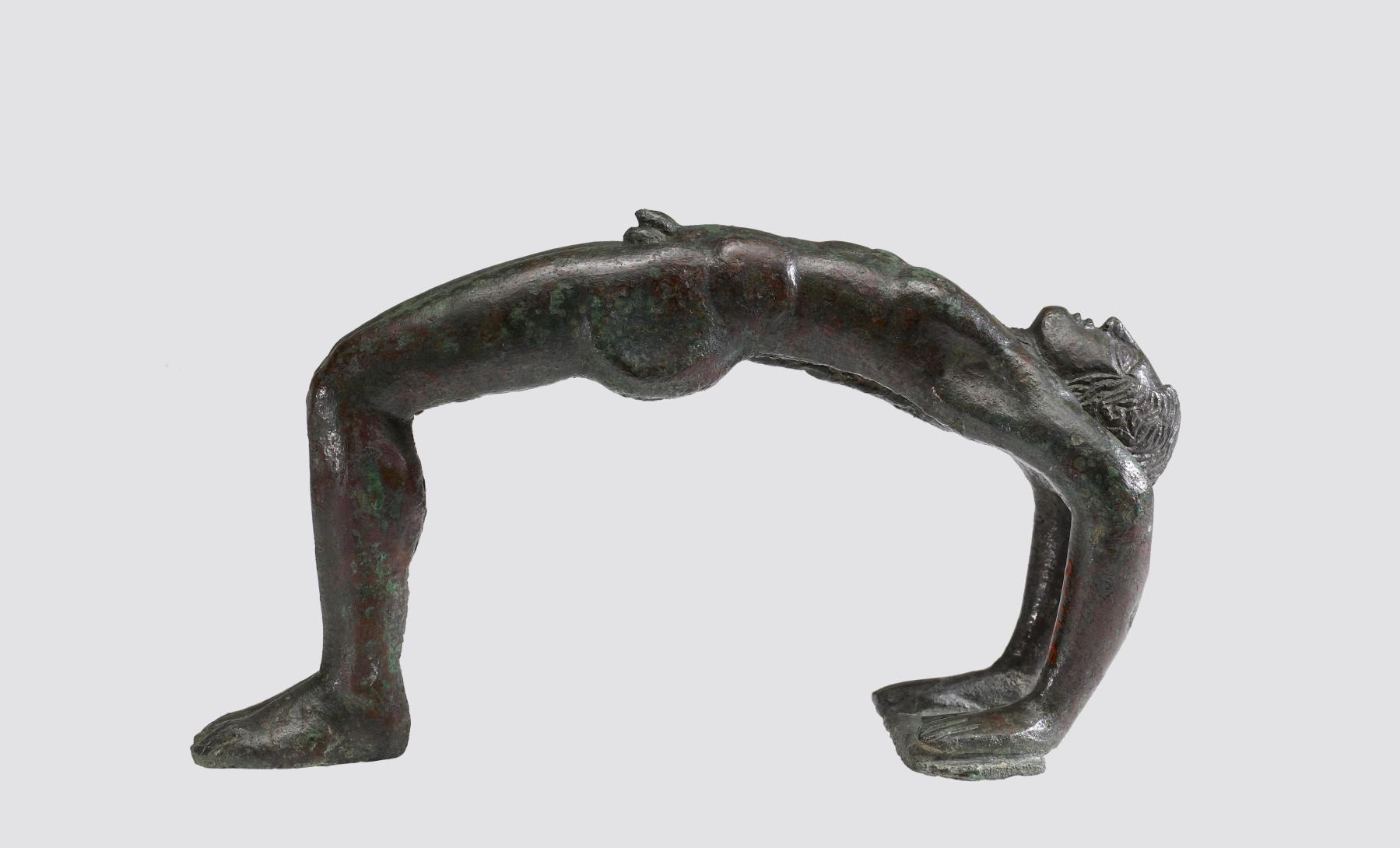 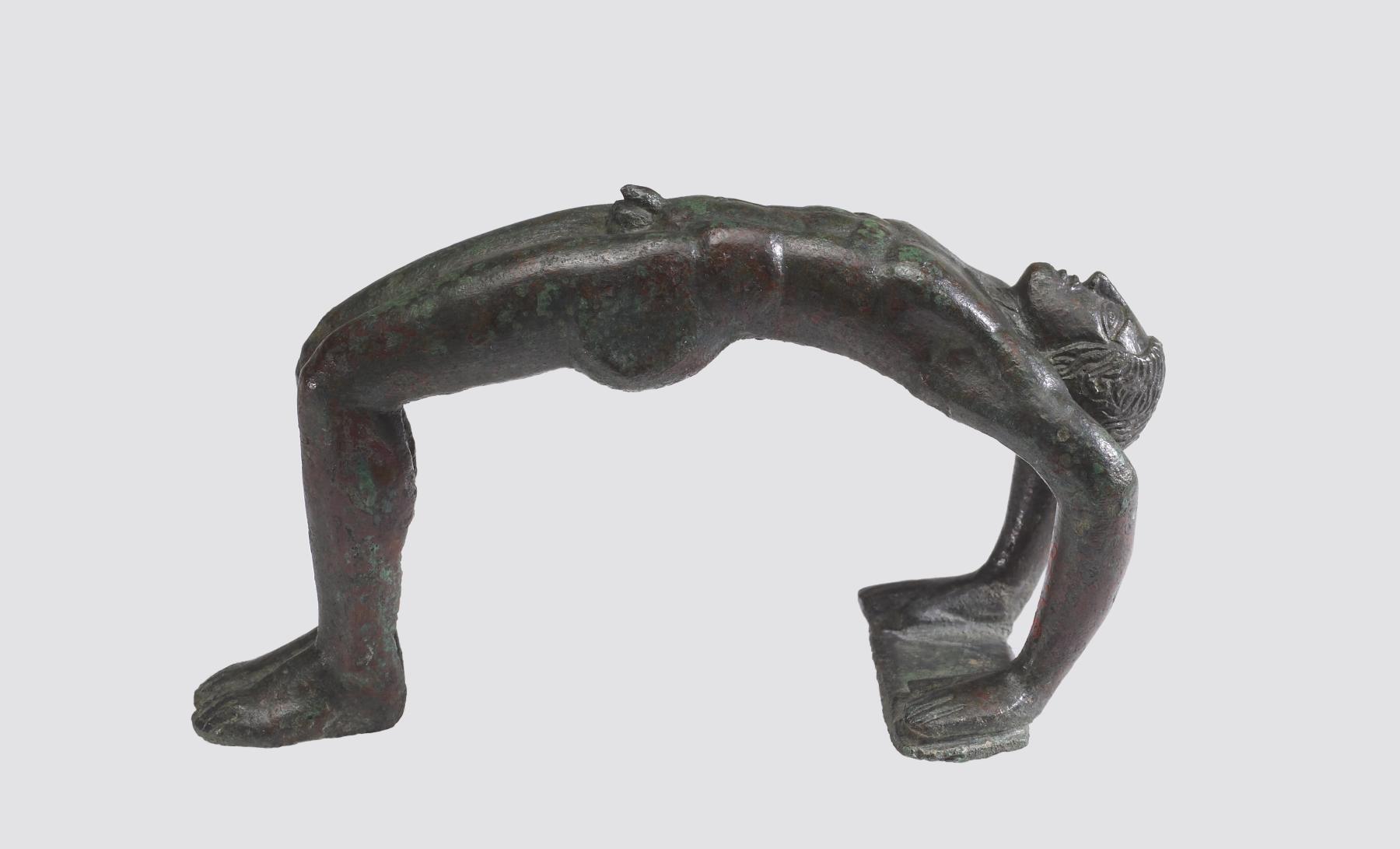 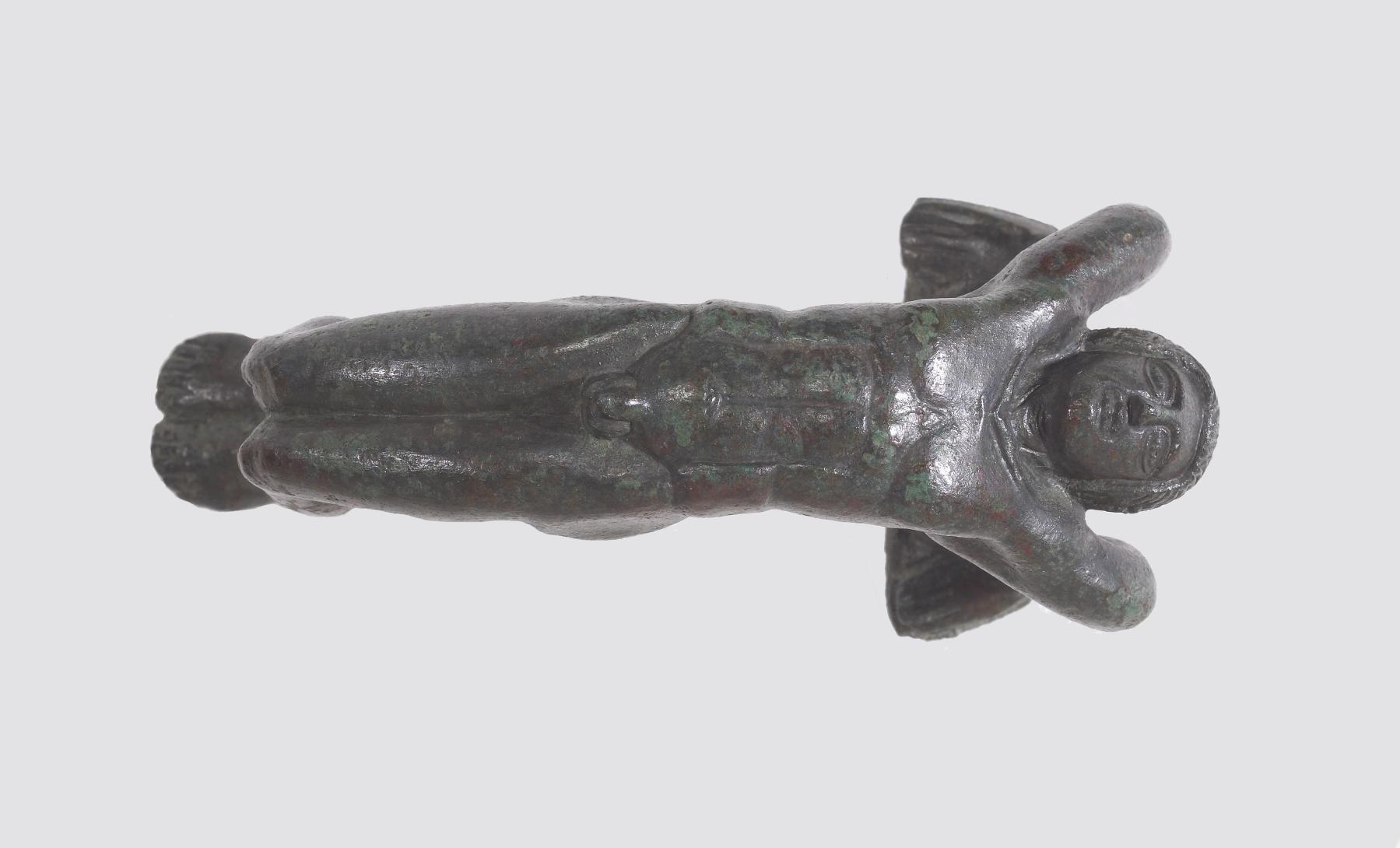 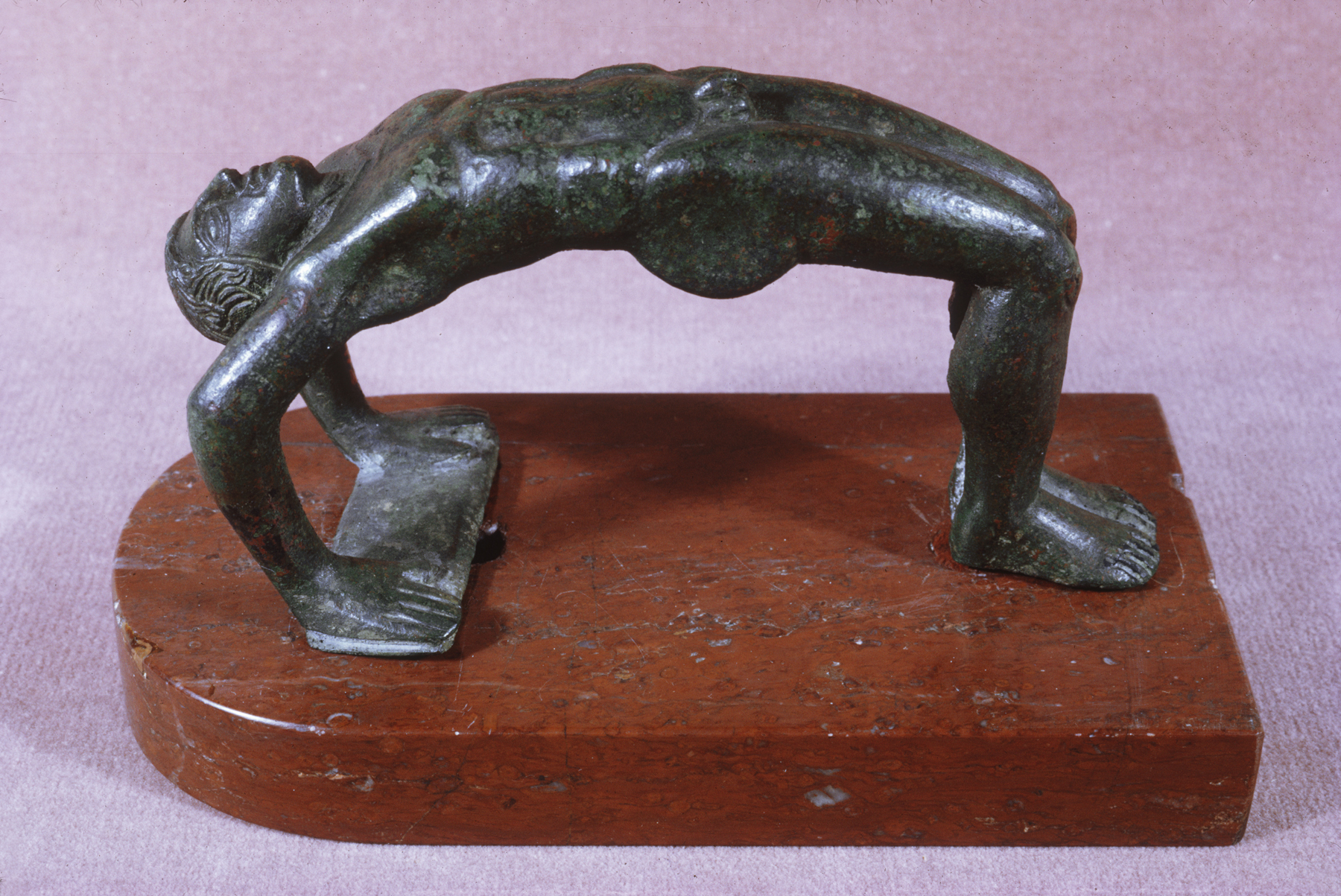 Cista Handle in the Form of a Man Somersaulting

Cistae were containers used to safeguard precious objects, including mirrors, perfume flasks, and cosmetics. A particular type of cista was made during the 4th and 3rd centuries BCE in Praeneste, a site in Latium (the region around Rome) that was heavily influenced by Etruscan culture. The elaborately engraved scenes are thought to imitate famous, but now lost, Greek wall-paintings. The ancient metalworker often pressed a white substance into the engraved lines in order to accentuate the decoration. The handles commonly take the form of human figures. Many artists in other early Italian cultures similarly incorporated figures of humans in functional objects.

This figure served as the handle to a wooden lid for a cista and takes the form of a male athlete performing a backwards somersault.