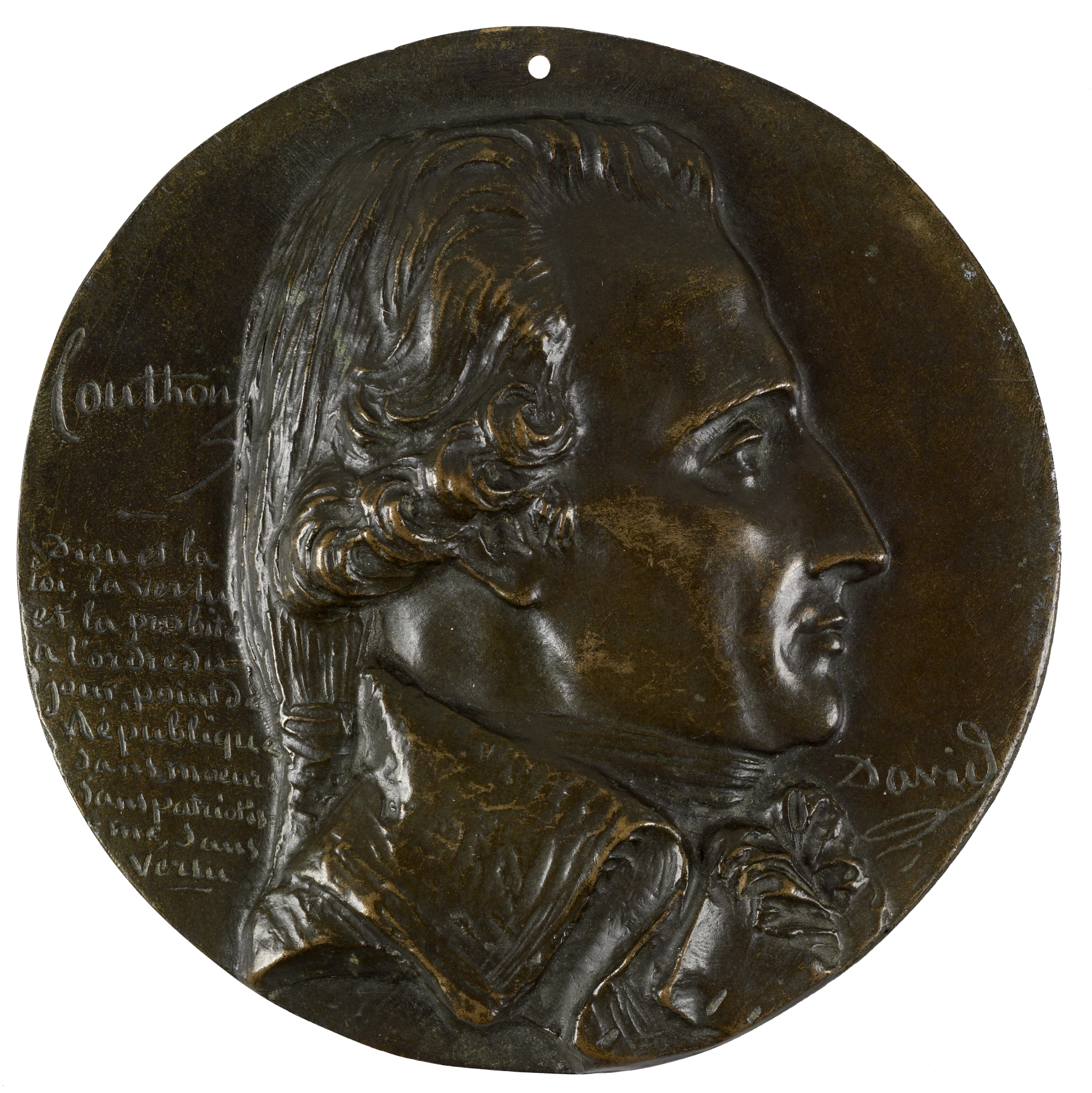 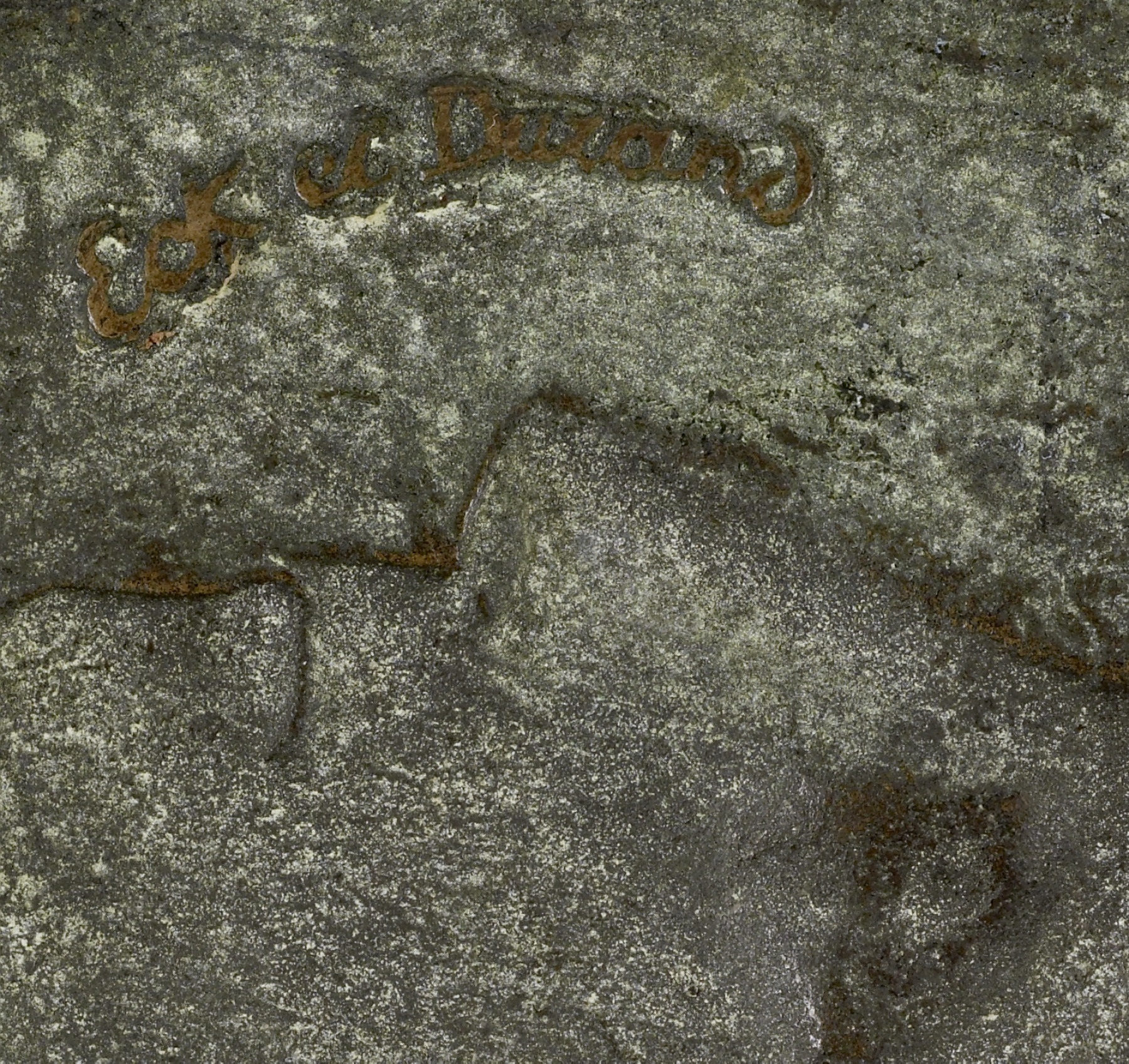 Couthon was originally a supporter of a constitutional monarchy for France, but he became associated with Maximilien Robespierre and was named president of the Convention in 1793. Together with Robespierre he introduced the Reign of Terror. Couthon was guillotined in 1794. The inscription reads in translation, "Couthon: God and the law, virtue, and probity are the order of the day, [there can be] no Republic without morals, without patriotism, [and] without Virtue."