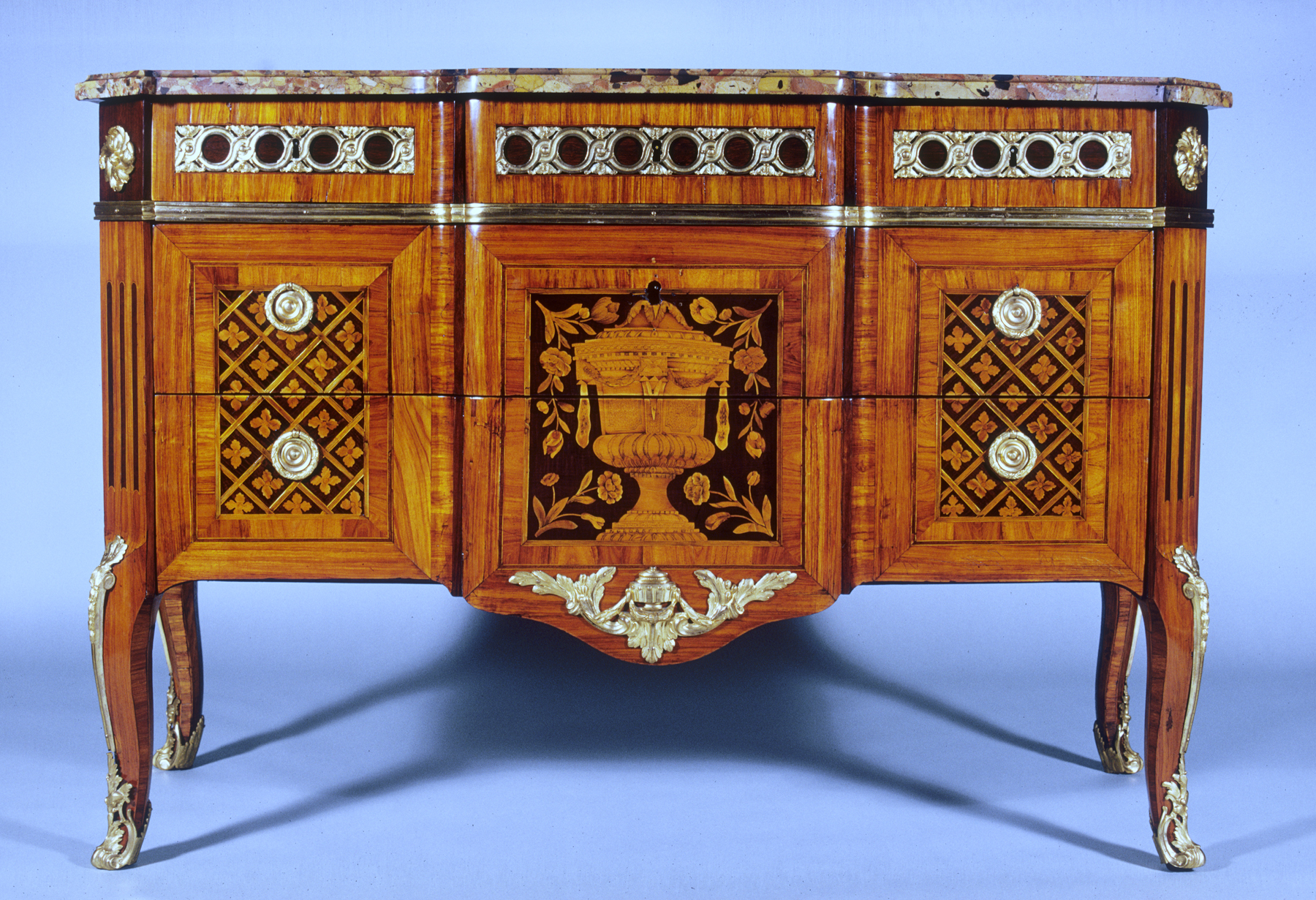 Commode with Urns and Flowers

This commode bears the stamp of François Gaspard Teuné, who became a master "ébéniste" (cabinetmaker) in 1766 and often received commissions from the count of Artois, brother of King Louis XVI.

In style, the piece represents the transition from Rococo to Neoclassicism. The front is divided into a central section inlaid with an urn and two lateral sections with a trellis pattern, known as "marqueterie à la Reine."