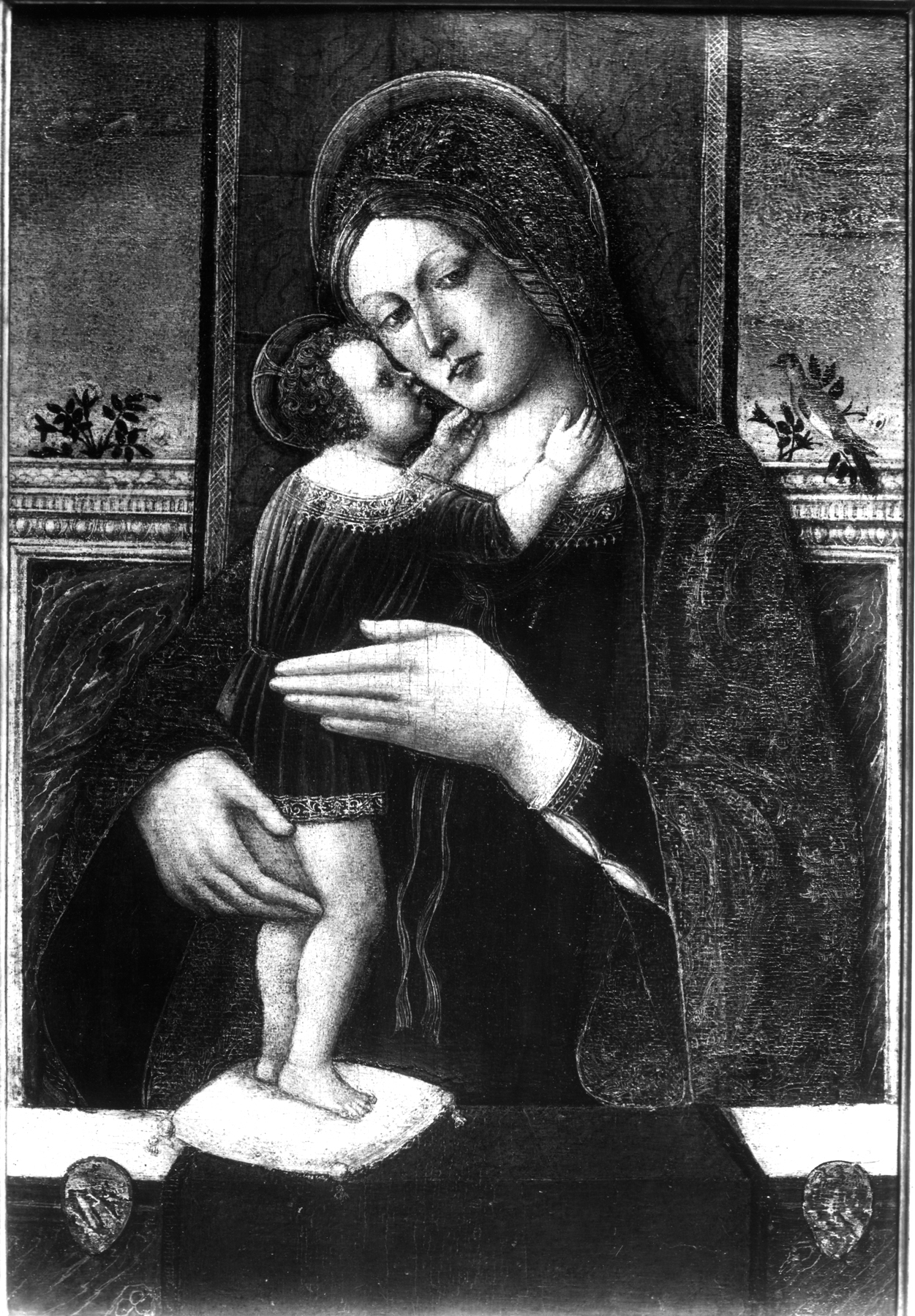 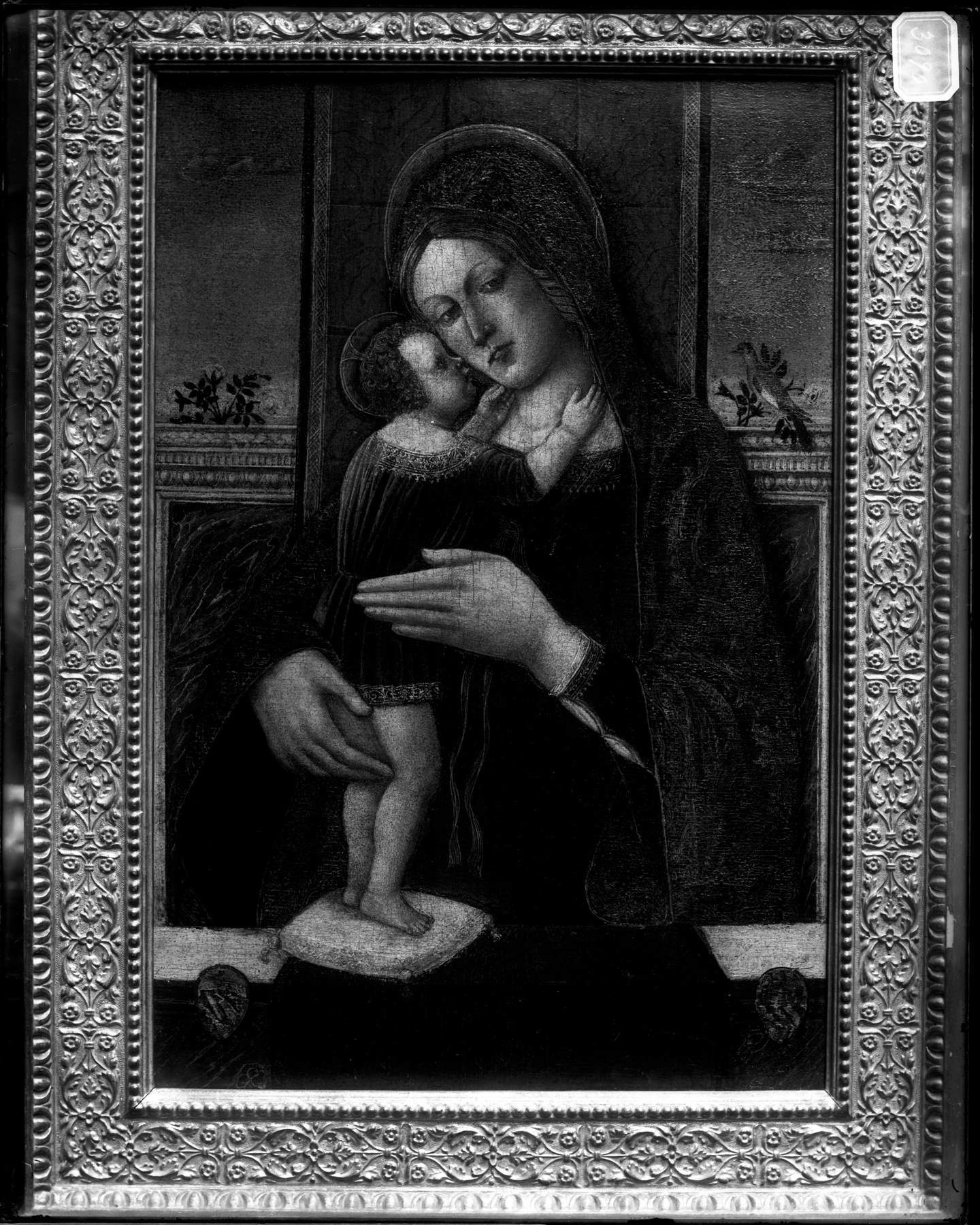 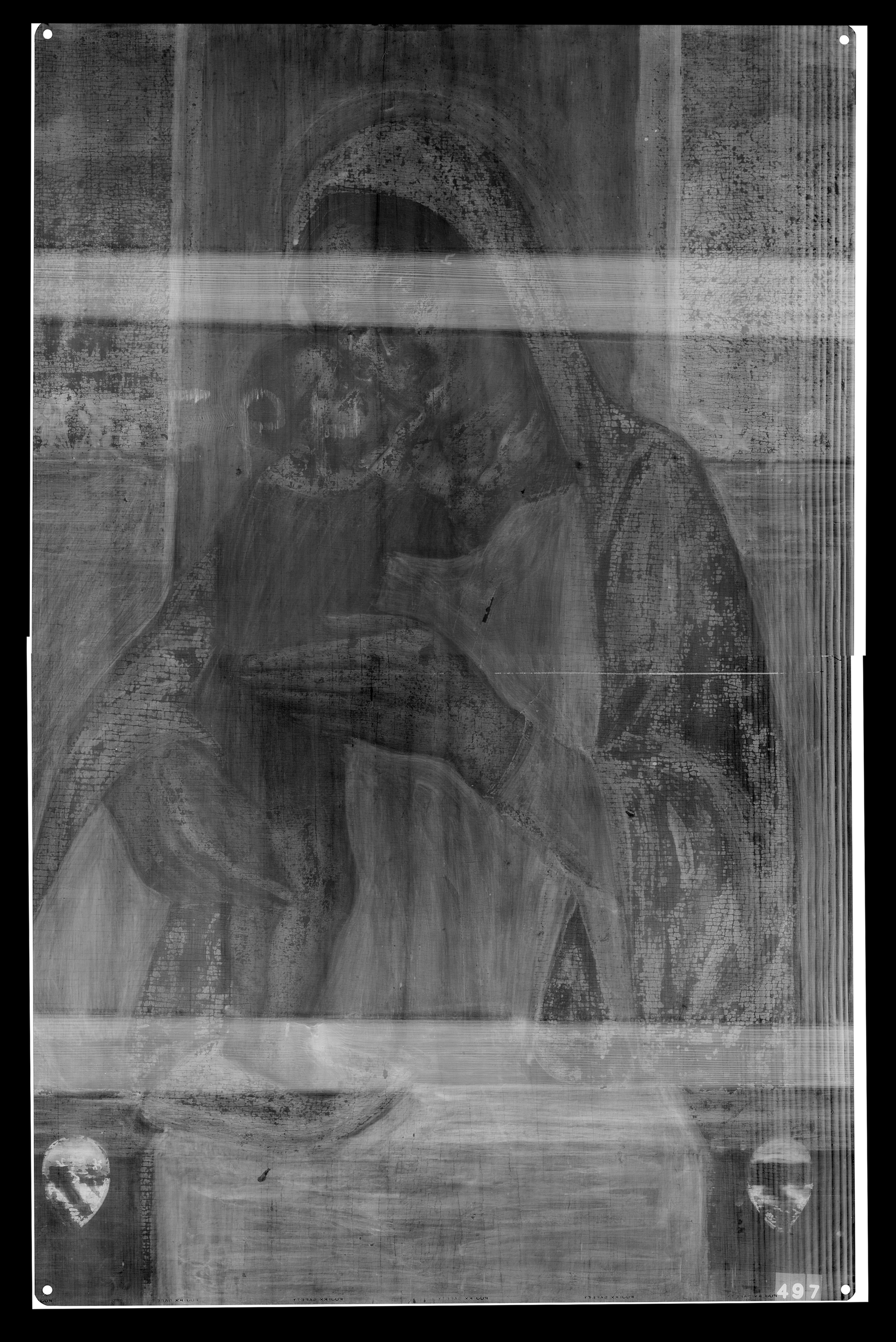 The Christ Child stands upon a cushion and reaches up to embrace his mother, who stands before a cloth of honor denoting her and Christ's roles as King and Queen of Heaven. Behind the cloth is a wall of multi-colored marble as well as two rose bushes, symbols of the Madonna’s purity and love. A goldfinch, symbolic of Christ’s death (popular legend claims the bird plucked a thorn from Christ's crown of thorns at the crucifixion and became forever stained with his blood), is perched on the rose bush at the right. A parapet in front of the figures keeps them close to the viewer but also at a defined distance.

Two coats of arms appear in the lower corners. They are now too damaged to be read clearly but their presence suggests the painting was commissioned to celebrate a marriage. As was customary for the period, the coat of arms belonging to the groom’s family probably appeared at the left and the wife’s at the right. The painting's small size indicates it originally served a private devotional function in the couple’s home.

Antonio Badile II (formerly known as the Master of the Cespo dei Garofani) was the head of a painting workshop in the north Italian city of Verona in the second half of the 15th century. This painting is comparable to two of his altarpieces of "Saints Cecilia, Valerian and Tiburtius" and the "Madonna and Child with Two Saints" (dated 1487), both now in the Museo di Castelvecchio in Verona.

The brocaded pattern on the Madonna's robe is a 19th-century restoration covering what was originally a plain blue robe.

Acquired by William T. or Henry Walters, before 1922