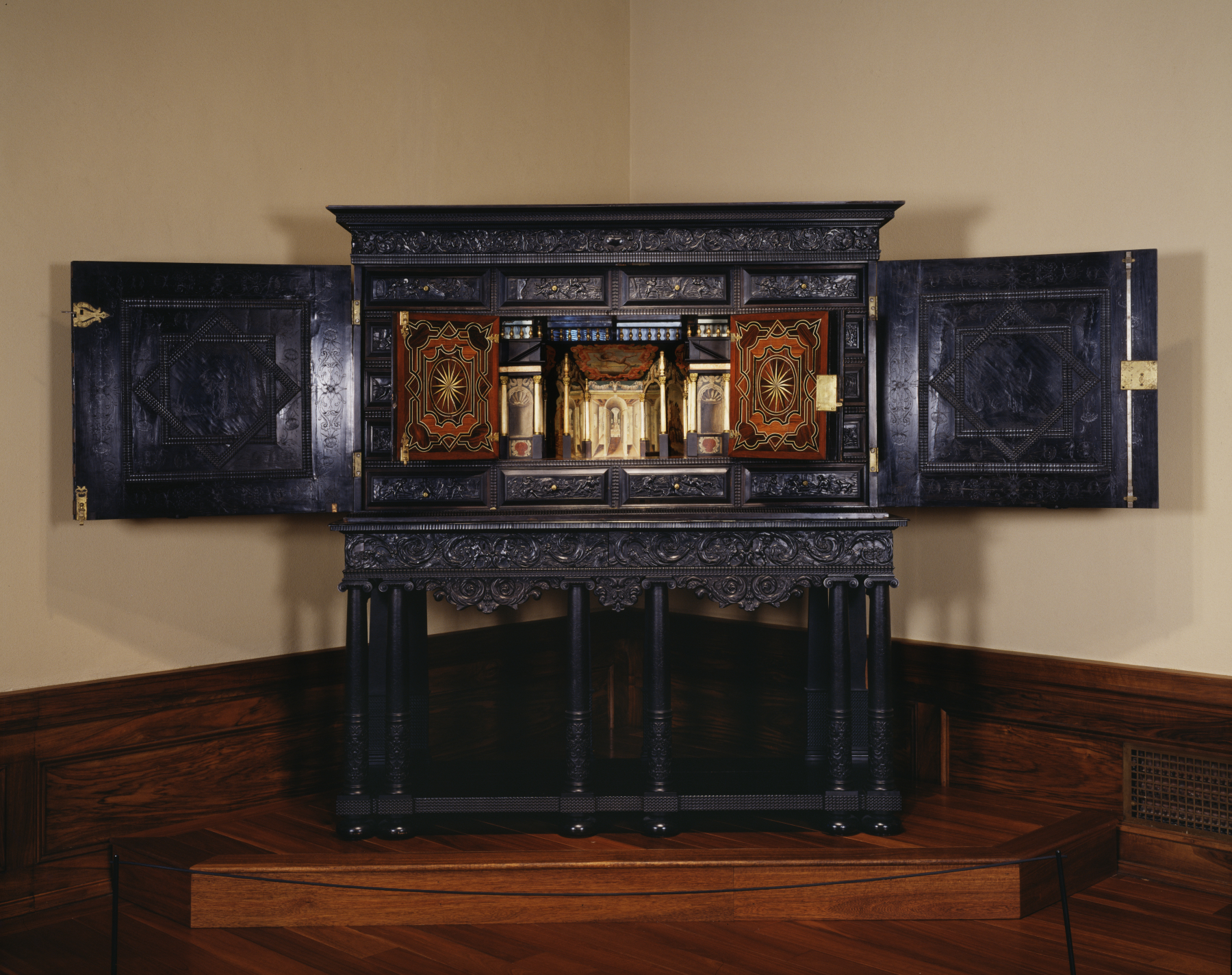 Elegant cabinets made of polished ebony, a black wood from Africa or India, were prized at the French court during the reign of King Louis XIII (1601-43) as works of art as well as places to keep precious possessions. The exterior of this one is carved with reliefs depicting moralizing scenes from Greek and Roman mythology.

In contrast, the playful interior is like a theater set replicating the intricate architecture of a grand residence. Alcoves and false vistas of Roman ruins create shifting perspectives complemented by the inlay pattern of the floor. In the "ceiling" painting, Icarus falls to his death, because the wax he used to attach the wings to his back melted when he flew too near the sun. The drawers are carved with everyday activities from each month in a farmer's year, beginning with January, represented by idle peasants carousing before a fire.