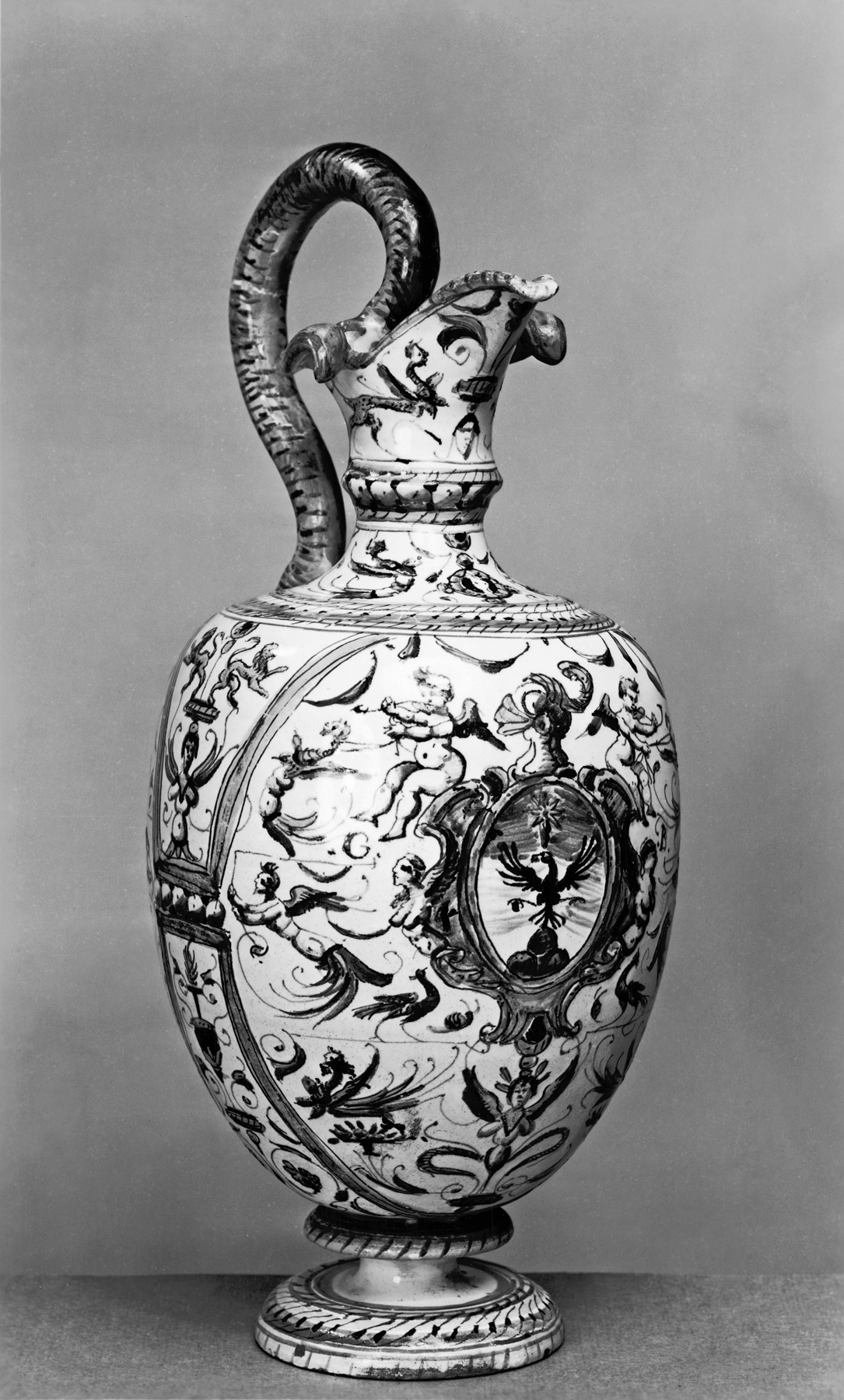 Ewer with Eagle on a Shield with the Arms of the Del Monte (?) Family

During the Renaissance, as much of the food continued to be picked up with the hands, elaborate ewers were used for hand rinsing in between banquet courses, and would have been paired with a matching basin. This ewer is decorated with birds, snails, small medallions, spotted sphinxes, and winged infants painted in the “grotesque” style, in blue, olive-green, yellow, ochre, and dark manganese colors against a white background. Grotesques emerged as popular design elements for maiolica during the sixteenth century, and were heavily influenced by the wall paintings from Roman "grottos", ie. excavated ancient Roman palaces. The body of the ewer is divided into compartments by yellow striped bands. On the front, a cartouche surmounted by a plumed helmet and flanked by harpies and the initials “G” and “B”, displays a baroque coat of arms with an eagle and star above three mounts. Three mounts was used by the Del monte family and the Ciocchi del Monte family, for which see 48.1359, but the specific patron associated with this heraldic device has not been identified. The interior of the ewer’s mouth is striped with blue. This ewer is thought to have been produced in one of Urbino’s maiolica workshops, as the grotesque style became especially prominent in the city during the Renaissance period. However it may have also come from a workshop in Pisa, where very similar wares were made at the end of the sixteenth century. To see other maiolica pieces with grotesque designs, see 48.1369, 48.1370, and 48.1510; for more on “maiolica,” see 48.1336.

[Transcription] On the front, on either side of a shield flanked by harpies, the initials: G (C?) / B