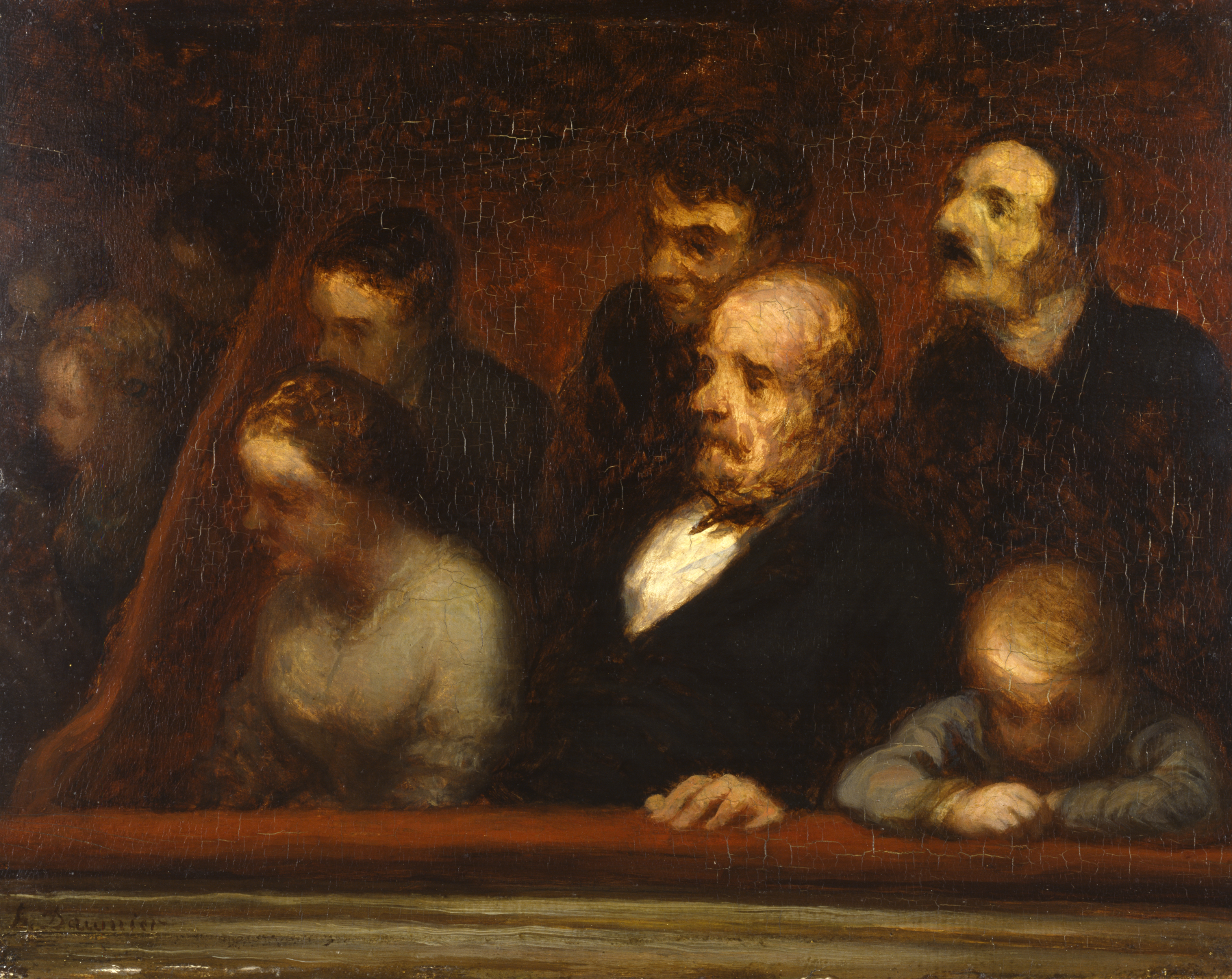 The Loge (In the Theatre Boxes)

Louis Leroy, the editor of the popular magazines in which so many of Daumier's lithographs appeared, characterized the artist as a man who "scoffed at the rich and felt a great tenderness for the common people." It is the latter trait that prevails in this theater scene. The publication in 1856 of a lithograph of a similar scene suggests a date for this work. Daumier seldom exhibited his oil paintings and frequently left them unfinished.