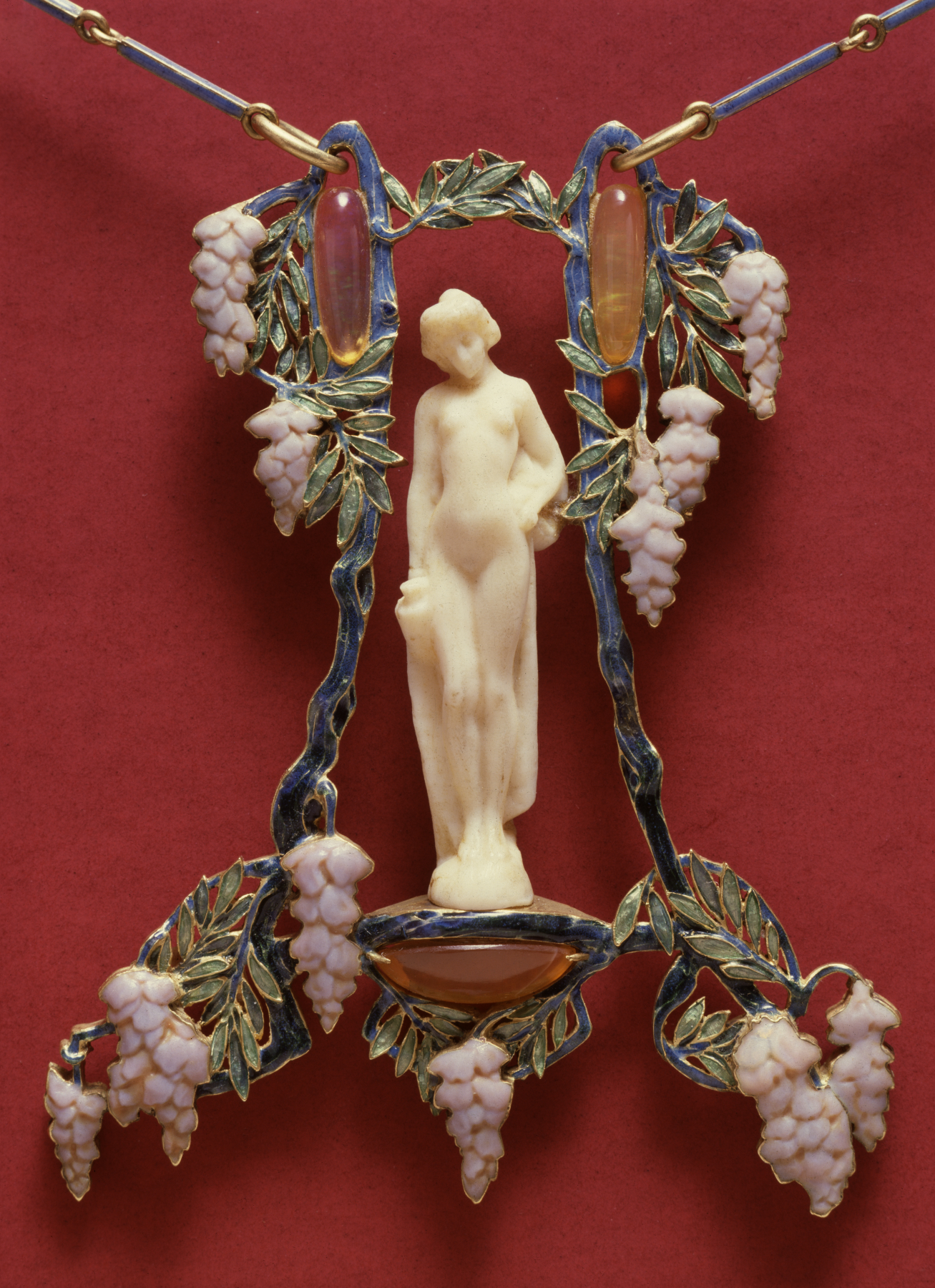 As early as 1895, Lalique incorporated entire human figures into his designs. A partially draped, female figure holding a pitcher, carved of ivory, is surrounded by wisteria vines with the stalks enameled in deep blue, leaves, green, and blossoms, opalescent white. Rounded pale orange Mexican opals are set in the vines above her head on either side and below her feet. The chain is composed of blue enameled elongated links and gold rings. The reverse of the pendant is carefully tooled but is not enameled.