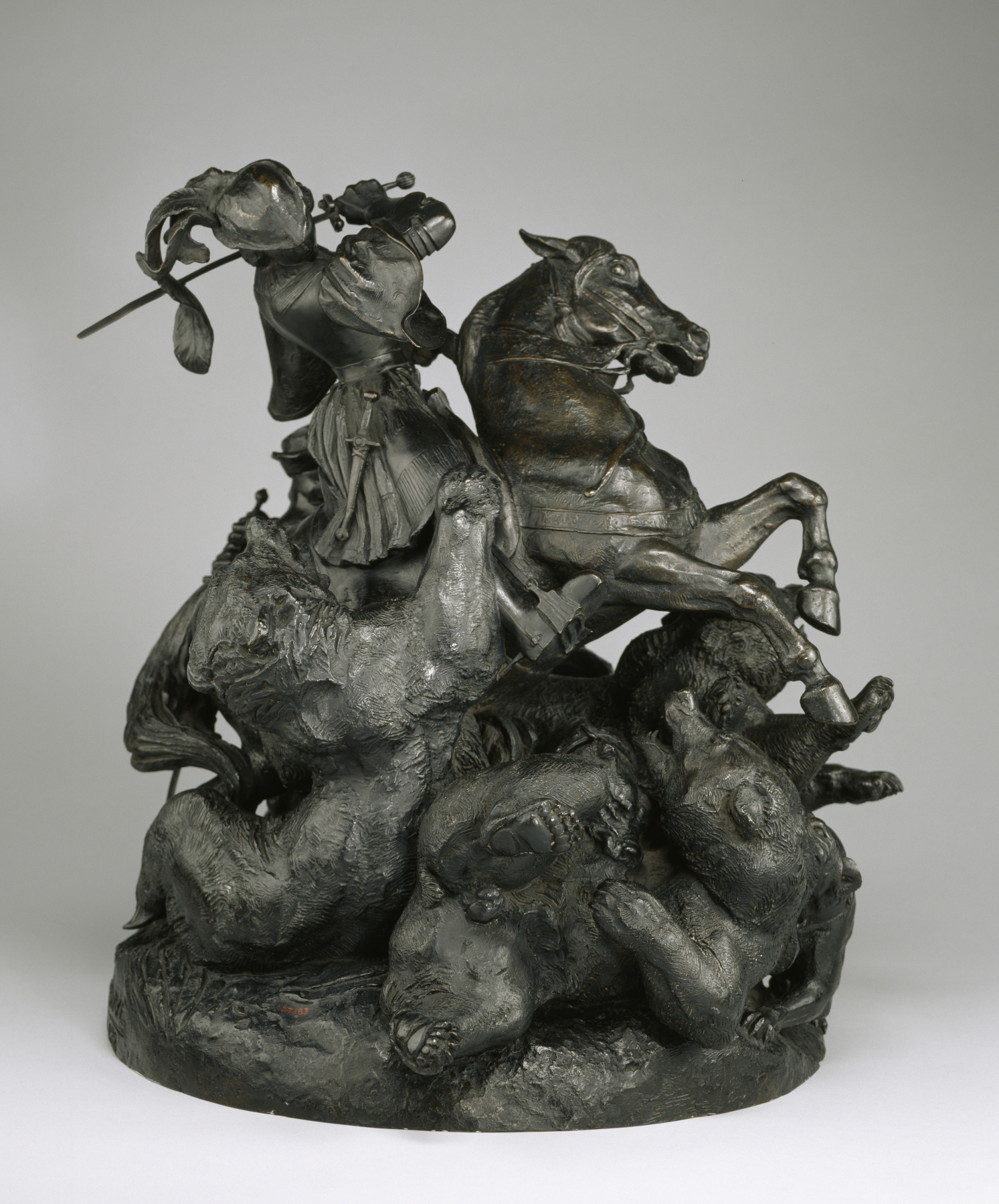 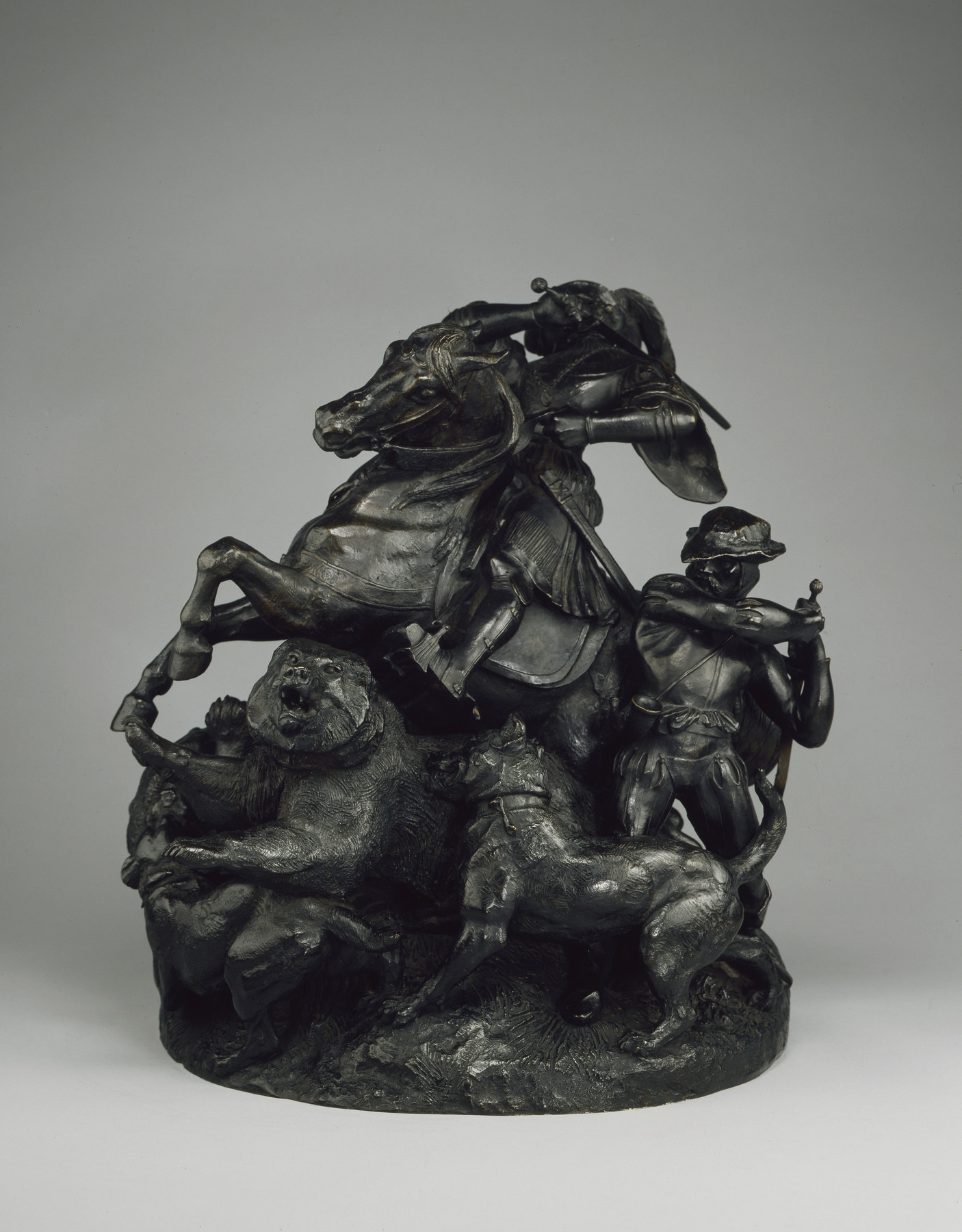 This sculpture of a 16th-century German hunt was placed next to the "Wild Bull Hunt" (Walters 27.178) near one end of the centerpiece. Two hunters, one on foot and the other mounted on a rearing horse, are accompanied by mastiffs as they attack the bears.

The firm of Richard et Fressange was originally assigned to cast this sculpture, but, as with the "Elk Hunt," it was sent to Honoré Gonon, who completed it, using the lost-wax method. 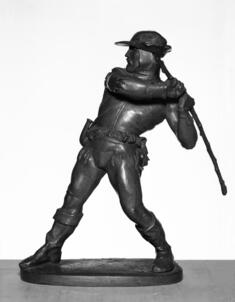 Man in Medieval Costume with Staff